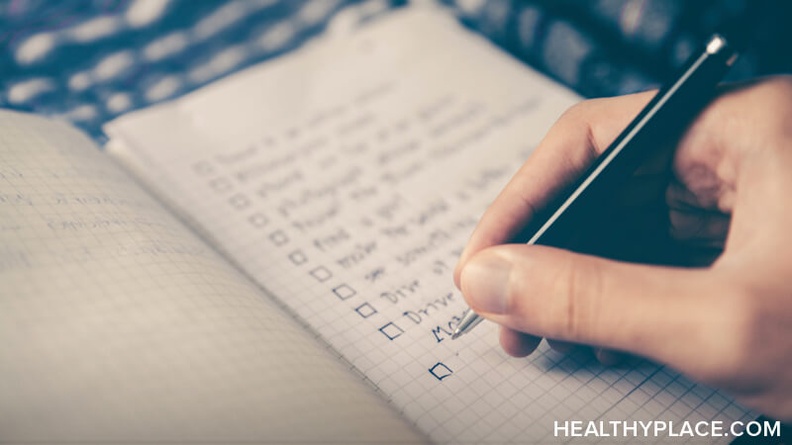 In my last post, I discussed my self-esteem battle working as an actor and how that can translate to other lines of work. I spoke on the importance of knowing that sometimes progress is made in ways that aren't immediately visible. Today, I'd like to talk about the types of progress that I can control. In doing this, I'll identify some areas that I'd like to improve and how doing that helps me achieve my goals and build self-esteem.

How to Set Self-Improvement Goals for Healthy Self-Esteem

I constantly want to improve things about myself in my self-esteem journey. I found my desire to improve got significantly stronger when I decided to take control of my mental health. I had all this energy to improve but didn't know where to focus.

First, I thought about broad improvements I wanted to make. Some of the first things that came to mind were: quitting drinking, improving my physical health, being a better friend, and being a better employee. I then decided to break those improvements down into more actionable goals. I've always found smaller steps to be more achievable -- getting one percent better each day.

I theorized that I wouldn't be as dedicated to improving the other areas of my life without being sober, which logically became the first step. For this post, I'll use that actionable goal as an example.

Going sober is a very actionable goal: it is a physical thing that can be done. However, a lot goes into that action over a long period. It took dedication, fighting temptation, and slowing down my thought process to make it through my first year -- which I celebrated earlier this month.

I have the benefit of a therapist who is a recovering alcoholic. He told me the key to his sobriety was not thinking about how he would never be able to drink again. Instead, he woke up each morning with a simple goal: don't drink today.

So I adopted this strategy myself. I didn't focus on fun social events in the coming days or how the tough times would feel. I woke up every morning and told myself, "Don't drink today."

I downloaded a streak-tracking app on my phone and found satisfaction each night when I got to mark my task as complete. Before I knew it, a week had passed, Soon a month passed, and then six months. On March 13, 2022, I hit a year.

How Daily Tasks and Actionable Goals for Self-Improvement Helped Me

When I hit the year mark, I spent some time reflecting. I realized that I was able to make significant progress over time because of those smaller daily tasks. There were times when it felt like a fruitless journey, and there were times when it was difficult to fight the temptation. However, the satisfaction that came from hitting that one-year mark made it all worth it.

The same goes for my other goals. Breaking them down into actionable steps and further into daily tasks made them more achievable. This strategy worked well for me and opened the door for more growth in the future.