Are You Assertive Enough?

Assertiveness is about saying what needs to be said or doing what needs to be done to make things happen. Being assertive means speaking your mind in a self-respecting way. On the other hand, aggressiveness is acting or reacting in a pushy, angry or defensive way. Aggressive and passive behaviors are the most damaging to your self-esteem because others can't hear you. Yes, even if you yell it as loud as you can, people do not hear you. This can lead to anger and frustration with yourself. 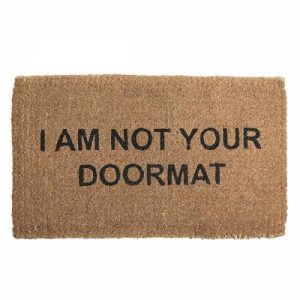 Many clients I work with worry about hurting peoples' feelings. If they act assertive, they worry that others will think poorly of them. However, this is false. Assertiveness is being kind to yourself as well as the other person.

Say you are in a taxi and realize your driver is going the wrong way. Would you sit back, let him run the meter and make you late? Would you yell at him and call him names until he does what you ask? Either response is bound to lower your self-esteem. Screaming at him on the inside but saying nothing out loud makes you passive. A simple, "Excuse me sir, I'd like to go another route. Can you take this street?" is kind and assertive.

Assertiveness Is Not Aggressiveness

If you don’t speak up because you’re confusing assertiveness with aggressiveness, you risk being disrespected for a different reason. People who are over-invested in being “nice” and are uncomfortable expressing their needs give others the message that they don't deserve better. People will see you as a doormat and someone who gets walked all over because you don’t know what to say, or you’re afraid to say it. This is really common among people with low self-esteem. Not speaking up for yourself can lead to worse problems, because you’ll be treated like a doormat.

How to Be More Assertive

Now, suppose you were to respond passively instead, letting the driver take you on a long and expensive ride around town. When you finally arrived at your destination, who would you be angry or frustrated with? Maybe the driver who took advantage of you, but after a few minutes, you would probably see that the blame is on you because you didn’t speak up. When you don't act assertively, your self-esteem plummets.

One of the best suggestions I can give for passive or aggressive people is to pretend you are giving advice to a friend. What would you tell him or her to do? Chances are you would give them assertive advice. Try taking the advice of your assertive self.

A passive response might seem easier in the moment, but it will likely lead to feeling disrespected and, on some level, regretting staying silent. These kinds of feelings, even over a minor incident, will diminish your confidence rather than boosting it, maybe leading you to overthink what you “should have” done, even though you can’t do anything about it now. Also, many people waste time replaying the scene in their head, which just makes them anxious and feel less control over their lives.

Keep in mind that acting passive or aggressive isn’t always on purpose; it rarely is. Sometimes people just don’t know what to do in new situations, especially when they feel disrespected, so they do what comes easily or what they’ve seen others do in similar situations. Like all communication skills, assertiveness is something that needs to be learned and practiced in order to get it right. You can be assertive enough.

Tags: assertive assertiveness and self-esteem how to be assertive

Stop Believing You Don’t Fit In to Improve Self-Esteem
Stop Judging Yourself Negatively to Increase Self-Esteem
KAREN
June, 27 2015 at 4:15 pm

i just went through this.i use to be very aggressive i ran to a problem that this was tested for me.i asked the hairdresser to cut my hair in a certain way.and she did not.i said i must be not communicate right .again i told her what i want .she says there are all of this hair cut.and she named the one i wanted.i said do you know how to do this one.she says yes.i said if i came back will you do this she says,yes.i said how much will it cost me.she said the same price.i said ok i will come back.now i am out of the money for a haircut i do not like.i said to her have a good day and left.i was going to go back but,i found some one else.karen

I'm glad you are not going to go back as it shows you respect yourself. I bet your hair looks beautiful and if you don't like it and they didn't do what you asked you have the right to not go back and not feel guilty. Good job Karen.