How to Feel Secure When Insecurity Affects Your Attitude

Recently, I had the frustrating experience of working with someone who had a defensive attitude. When asked to preform a task, she was disrespectful and made excuses. Even emailing curt, disrespectful statements to those who work above her. Hardly a team player, when asked why a task wasn't complete, she blamed everyone but herself. It got me thinking, what is the function for her defensiveness? The answer: insecurity. 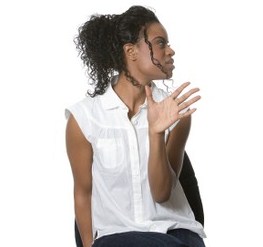 Defensive and aggressive attitudes are often associated with people who have insecurity and low self-esteem. A person who likes themselves doesn't treat others poorly, in fact they treat others the way they want to be treated. Like a mirror, they reflect how they want to feel by the way the interact with others. The way you communicate with other people shows them how you feel about yourself. Often times if you are dealing difficult people can make you question your abilities, that is a sure sign that this person is attempting to project their insecurity on to you. Don't let them.

Think about this, if you were the victim of bullying as a child, you were likely told that "they are just jealous of you." Which, as a child makes absolutely no sense, why would someone be mean to me then? Your parents, guidance counselor, or teachers were on to something. The truth is bullies, or mean people are mean because they don't know how to communicate their feelings effectively, they also are often victims of bullying themselves and attempt to feel better about themselves by putting others down. This only works for so long until they realize that it's actually an icky feeling and makes others want to avoid them, instead of embrace them. 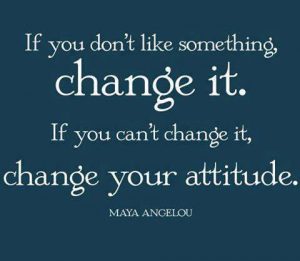 How Your Attitude Makes You Look Insecure

Myth: I should tell others what they need to hear.

Fact: A young woman I work with said every time she told her friend about someone she had a crush one, her "friend" would tell her why she shouldn't, either criticizing her or her romantic interest. Being critical and harsh instead of curious and supportive makes you look insecure. A secure person will read others and think before they say a word. Even a supportive, "How exciting!" can make a huge difference. You don't always have to express your full opinion.

Think about this, your friend asks your advice on a hideous outfit. Do you say, "OMG that's so ugly?" or, "I like the first one you showed me better. It looked good with your shoes." Being respectful is an important trait of a secure person.

Myth: It's never fully my fault; I shouldn't take the blame.

Fact: It's true that nothing is ever fully your fault, and at the same time, you may need to own up to what you did wrong. Defensiveness appears insecure. You are human and you have made mistakes, so have some humility instead of a harsh attitude. Instead, try: "It's hard for me to take all the blame but I know I needed to do (task at hand). I could use some help with this, and others don't seem to be pitching in. Could you help me?" Or "You're right I totally messed up and I am so sorry. Let me fix it right now."

Myth: Admitting you're in the wrong is a weakness.

Fact: Everyone messes up; I do often. Instead of blaming circumstances or others, I get honest with myself and others. "You are right, I totally blanked on that. I'm sorry; let me get to it right away." Instead of, "Well no one reminded me to do it.", or "You have no idea how many other things I had to do." People respect others and themselves are honest.

Myth: I should point out others' flaws; I deserve let them know what I think of them.

Fact: If you want people to like you or think you are secure, then you should try to be a bit more careful with expressing yourself. Instead of calling someone a jerk or a passive-aggressive punk, try to withhold the criticism. How does this help you anyway, doesn't it make you appear rude and hard to work with or be around? Instead, try using a more strategic, problem-solving response. "I am feeling like your frustrated with me. What can we do to resolve this?" Don't engage in the name calling. It will only make you look immature and insecure.

Have more questions? Ask by posting your comments below. And remember, even a little adjustment towards acceptance instead of defensiveness, will make you appear and feel more secure.

Tags: how to feel secure

APA Reference
Roberts, E. (2014, May 22). How to Feel Secure When Insecurity Affects Your Attitude, HealthyPlace. Retrieved on 2023, February 8 from https://www.healthyplace.com/blogs/buildingselfesteem/2014/05/does-your-attitude-make-you-look-insecure

Help Your Child Feel Confident at the End of the School Year
How to Learn From Your Past and Gain Self-Confidence
Toni
August, 22 2014 at 4:56 pm

These are some well developed thoughts, thanks so much for taking the time to cover this. I'm looking forward to reading Kevin's links above, as well. I have a question for anyone out there. Do you think you can become insecure by being stuck in a situation with insecure people? I've found myself to be insecure lately, when I never had been before. And the only thing I can think of is living with someone who is incredibly insecure. It started out quite easy for me to be around. Over time, it was hard to hear the same negative comments about others over and over, as well as be constantly talked at instead of with. If I said I wasn't interested in the conversation topic, or if I ever offered any advice or help, I was a know it all. Could this have made me think less of myself? Thanks for any help!

This is a fantastic article! I actually do one of those things in your list :/ time to reevaluate the way I speak to people. I have never put much thought into it.
-Carrie

Thanks Carrie! I'm glad you found it helpful! Sometimes we all need a reminder (myself included).

We need to quit using the term Self-Esteem. I just wrote on my blog a feed explaining why this term is so destructive on a sub-conscience level. (http://kevinshipp.com/self-esteem-ruining-children/)
Go check it out... Once you know the facts and understand they words matter, you also will start using the terms Self-Worth and Human-Worth.
Self-Worth and Self-Esteem are used interchangable, but actually have different meanings altogether.
Sincerely,
Kevin Shipp
Education Consultant and National Trainer in Classroom and Behavioral Management strategies

Hi Kevin,
Looks like you are doing some seriously cool work! I like it a lot. I think that self-worth is a great way to frame it. Self-esteem is as more common phrase and one many can relate to. The challenge is that many who suffer from low self-esteem don't have much internal worth, which is why in the mental health arena, professionals use this word to help build up and teach them how to work on building self-worth. Please do send more articles, I love what you guys are doing!