Why Alcohol Isn't The Answer to Borderline

I'm acting in a play called "Nobody Needs to Know." In one scene, a recovering alcoholic explains that she once thought alcohol--vodka in particular--was the answer to her psychiatric symptoms. When another character asks why it isn't the answer, she gives several reasons why it isn't. Here are three reasons I've learned as to why alcohol isn't the answer to borderline personality disorder (BPD).

Many people use alcohol to self-medicate a psychiatric disorder such as borderline personality disorder--I'm one of them. In fact, it's so common that substance abuse is a symptom of BPD. While alcohol is initially enjoyable, it ultimately brings the person using it down.

In my active addiction, I drank to get drunk. I drank to elevate my mood and drank again to stay on that artificial high. Yet all the time I thought I was having a good time, I was running from my fear of the inevitable crash. I knew I would be coming down eventually, and I drank to avoid that down. 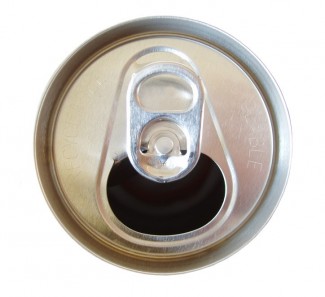 I remember one Christmas Day I ran out of alcohol. Indianapolis has blue laws. I wandered all over downtown, desperate to find an open bar or an open liquor store. When I couldn't find one, I cursed my luck. "This is awful!" I told myself. "I'm sober!"

Alcohol also increased my symptoms of psychosis. The voices often reprimanded me for getting drunk, so I drank more to shut them up. If that didn't work--and it rarely did--I would self-injure to shut them up. When it made them worse, which was more often than not, I'd call for help. This often led to a hospital stay, where I'd dry out, stay sober for about a month, then relapse.

Now that I'm sober, the self-harm, the voices, and the hospital stays are a lot less frequent. I understand that if I don't manage my addiction, I won't be able to manage my psychiatric symptoms. Alcohol is my enemy.

One of my friends on the dual diagnosis unit at Richmond State Hospital referred to alcohol as "my lousy lover." That's exactly what it is. It's lying to you when it says it's your friend.

Alcohol has fueled many a "I was so drunk I ______" story. It is well-known for limiting your inhibitions--inhibitions such as, "Don't attack that big tattooed guy named Bruno,"or, a bit closer to home, "Don't cut yourself" and "Remember to take your medicine."

One night I was waiting for the bus when a drunk man came up to me and started touching me. He then kissed the woman next to me repeatedly, despite her asking him not to. He swore violently and then spat on us. When the cops arrived, he spat on them. The alcohol had eroded his judgement to nothing. He had no inhibitions, and because of that got a free trip to jail.

Now imagine mixing that lack of inhibitions with the impulsiveness common in BPD. Now you know why alcohol fueled so many hospital stays.

Alcohol is not the answer.

APA Reference
Oberg, B. (2014, October 7). Why Alcohol Isn't The Answer to Borderline, HealthyPlace. Retrieved on 2022, August 10 from https://www.healthyplace.com/blogs/borderline/2014/10/why-alcohol-isnt-the-answer

Why We Need to Reform Military Suicide Prevention
Should Parents Ever Deceive Their Child to Get Them Psychiatric Help?
Bipolar Nana
October, 22 2014 at 3:52 pm

Wonderful, Becky. Thanks so much..xo

I am a borderline with addiction problems. I often replace one addiction for another. I'm at the stage where I drink at least six beers a day. My therapist today told me she would report me to child services and that hit home with me, however I am not a drunk. I don't get drunk unless I actually plan on it. Everyone says I have a problem. Maybe I do but I don't feel rock bottom at all. I liked your article, I just guess I have to get into wise mind and use awareness before I can myself admit I have a problem. It's not likely mere coincidence that I stumbled upon your article after the news I heard today from my therapist. It's ironic all I did was google borderline blog and found this article. Thanks for it. It was informative and I can relate.