I spent nine months on the borderline personality disorder (BPD) unit at Larue Carter Memorial Hospital in Indianapolis. At the time, it was the only inpatient unit specializing in schema therapy for BPD in the country. Recently I learned that this unit, which changed and probably saved my life, is now closed. It made me think about what happens to patients when psychiatric hospitals close--it rarely ends well.

Where Do People with Mental Illnesses Go?

When President Ronald Reagan was in office, he oversaw the closing of many state psychiatric hospitals. This was a disaster for many people with severe mental illness. The "success stories" were in group homes or with their families. The rest were either homeless or in prison.

If the person has no family willing to be responsible for them, they will inevitably descend to the lowest income groups if they are able to remain employed. If their illness precludes employment—their prospects are much bleaker. It is currently estimated that up to 30 percent of the homeless population may have serious mental illness . . . These numbers increase when you examine the number with a ‘dual diagnosis’, which means people who have an addiction disorder and a severe mental illness.

It is said that the biggest psych ward in the United States is the streets. We've all seen the homeless people wandering around talking to themselves, or the unkempt street preacher. Yet we both can't and won't do anything about it. We have the right to be as psychotic as we want unless we're a danger to ourselves and others, and each closure means we don't have any beds available. So it's either jail or the streets.

The Cost of a Lack of Mental Illness Treatment 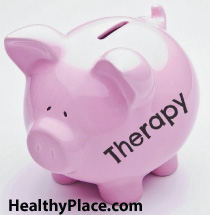 It goes without saying that every closure means at least one person won't get treatment. This often ends badly. One year in Indianapolis, two police officers were killed within two months by people with severe mental illness who were not in treatment. One of the killers' family members had tried to get him committed, but there were no beds available.

A report by the Mentor Research Institute makes an interesting, if not ironic, observation.

The cost and impact of limiting and denying necessary services can be as high as 30 percent of the total health care cost. There is considerable argument that the cost of limiting services exceeds the cost of the services denied in many cases.

According to the National Institute of Mental Health, the total cost of mental illness $81 billion per year. That's a lot of money. Most of this is morbidity costs--the cost of goods and services not produced due to mental illness. But much of this expense could be cut by making treatment available and affordable. We just have to have the will to do so.

Why We Need Mental Illness Treatment to Be a National Priority

When President George W. Bush commissioned a study called the New Freedom Initiative, the Commission on Mental Health reported a "lack of national priority for suicide prevention and mental health treatment." This is strange, in light of the following facts from Philadelphia’s Friends Hospital:

We're all in this together. We need to overcome the stigma of mental illness and make treatment a national priority. We need to suck it up and absorb the cost. Until we do, people with mental illness will either go to jail or the streets instead of treatment.

APA Reference
Oberg, B. (2014, September 30). The Price of Non-Existent Mental Illness Treatment, HealthyPlace. Retrieved on 2021, May 9 from https://www.healthyplace.com/blogs/borderline/2014/09/the-price-of-non-existent-treatment

Beauty for Ashes: Finding Peace Amidst the Pain
Why We Need to Reform Military Suicide Prevention
Beryle Chambers
October, 5 2014 at 7:24 pm

I'm so glad I live in Canada. I suffer from PTSD, Depression and chronic anxiety disorders. I also have diabetes, thyroid disease and Fibromyalgia. I worked 40 years and could not have accomplished that without the free medical system. I have a psychiatrist and a psychologist that I see regularly. And I have an endocrinologist and family doctor. If I lived in the States I would have been dead years ago (oh yes, prescription meds are mostly free too). Because of our health care I was able to work those 40 years and also contribute to my society. I don't understand how a country like the US could be so heartless and short sighted that people can't be treated as needed. I hope that changes.