Three False Assumptions About Mental Illness That Cost Us Dearly

False Assumption 1: People with mental illness should be treated like children.

I was talking to a caregiver once when I asked if she had any children. She replied that she was responsible for her brother, who had severe mental illness, so "It's like having a child." I was disturbed by this because he was a grown man. He was not a child, just a sick adult.

This belief almost always precedes abuse. If people believe that the person affected by mental illness does not know what is happening to him or her, then it is easier to prey upon their weaknesses. 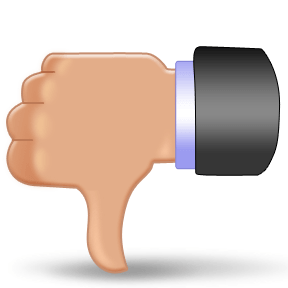 A case in point was at Richmond State Hospital. A patient went off over being denied cigarettes. Staff put him in restraints. A custodian allegedly pulled out a knife and said "It's time for the blood-letting." He complained to staff, who said that he was mentally ill and probably didn't know what was happening to him. He then complained to me since he knew I used to be a reporter. I went to staff and asked if they were aware of his allegations. They told me to "consider the source."

Another example was just today. I received a money order in the mail that was obviously bogus. I called the police, and they came to my apartment, which is staffed by people from a community mental health center. The CMHC staff came up to my apartment and watched the entire interaction with the police despite the fact I had full control of the situation and didn't need their help. It felt belittling and humiliating, like they assumed I didn't know someone was trying to rip me off.

This could be a post in and of itself. People with mental illness are often seen as so impaired by their illness that they can't discern fact from fiction--even if their illness is relatively minor. For example, I've been the victim of two violent crimes--and each time, my psychiatric status was known. The prosecutor refused to file charges both times, saying there wasn't enough evidence in one case and that "it would be too hard" to file the other case. I'm sure some of you have stories about law enforcement interactions that turned out negatively due to your psychiatric status.

This is a prevalent belief not only in legal situations, but also medical situations. I've told the story of Eric before--Eric, an addict being treated at Richmond State Hospital, sought treatment for a ruptured appendix and was told he was making it up in order to get pain pills. As a result, he went for five hours without medical treatment. He brought it up at a unit meeting, and the unit director told him, "Consider what people think when an addict says they're in pain." Something similar happened to me--the unit staff refused to fill my inhaler because I might use it to get high--despite the fact I have no history of prescription drug abuse. They admitted this to me when I had an asthma attack.

These misbeliefs can cost us dearly. The only way to fight them is through education, which usually occurs by people observing for themselves what is and is not true about a person with severe mental illness. Sadly, the stigma often keeps people from living openly with mental illness because of these misbeliefs.

APA Reference
Oberg, B. (2014, February 11). Three False Assumptions About Mental Illness That Cost Us Dearly, HealthyPlace. Retrieved on 2022, May 20 from https://www.healthyplace.com/blogs/borderline/2014/02/three-false-assumptions-about-mental-illness-that-cost-us-dearly

Healing the Pain of Religious and Spiritual Abuse
Taking Your Power Back From Bullies
Kristy
December, 27 2014 at 1:30 am

My (Australian) government is discriminating against people with a lived experience of mental illness in the way they are implementing National Disability Insurance Scheme in the way they set the criteria for "psychosocial disability" by requiring it to be a lifelong disability )when most people don't want to give up the hope of recovery, and by saying if your disability is the responsibility of the health department you may not qualify. On top of this they are trying to force mental health consumers off the pension by saying they need to make cuts to afford NDIS. Many projects like support groups and small mental health services are in danger. This government are under the assumption that most mental health patients are drug addicts and it's our fault we got sick (which people here know is untrue). Current policies have more to do with punishment then supporting recovery. I believe that many policies underlie the belief that people who are not well enough to work are worth-less and don't contribute to society. There is talk of future "income management" in theroy to stop people using drugs but it might be applied to most Disability Support Pensioners with the idea that DSP clients=drug users. I fear many people who self-medicate either because their meds don't help or because they developed an addiction before diagnosis may take their lives.
This is all happening because of the false assumptions Tony Abbott and his ministers have on mental illnesses.

I wish some of my friends would get to read this write-up.
One of them had my Laptop for repairs and for a year when later i asked him, he insist I came for it at his workplace, when in fact i could recount whatever i was doing during a bipolar episode.
Since most of my friends knew about my mental condition, it became my word against the friend whom they told told me that he was also going through some financial problems so it could be that he sold it, thinking that i had forgotten about my laptop.
Thanks for the education.

The main specific reason in my opinion as to why psychiatric patient's with Mental Disorder's are so intensely disrespected & feared by the normal American general society of people with in the community is virtually all every damn one of them all 97% of which the majority of psychiatric Mentally disturbed patient's are all way too heavily over medicated, sedated, drug intoxicated & forced by their psychiatric doctor's to consume diabolically dangerous bizarre volume's of prescription Antidepressant severely sedating physically & in the case of these tragically over medicated Mental psychiatric patient's whose personality & complete entire previous way with which they where familiar & comfortable in before by their psychiatrist's prescribing & so intoxicating most Mentally Disturbed client's that the drug induced coma forced on them by all the severely sedating & coma inducing state & condition is actually what the average normal general community is frightened of when confronted about the topic of Mental Illness! It is the severely intoxicated entirely way too overly sedated coma vegetable drooling Mental Patient's condition most people are frightened & not comfortable in being around or near nor any where in the same close nearby close area with a totally trashed mentally disturbed psychiatric patient intoxicated with their tongue's hanging out & drooling & dribbling on the clothing below their wide gaping dropped & drooling opened chin looking like a brain dead idiot in a coma! If anything the condition most Mentally disturbed people are allow & permitted by their doctor's to be forced with prescription's to to be in is cruel, should be illegal & is down right physical abuse to render anyone into a coma brain dead state & or condition by the pill's prescribed to & for them! Frankly we as American's have alway's throughout history for many numerous several past generation's prior to this one & probably for many more numerous year's long into the future to come come alway's continue to severely & savagely abuse psychiatric Mentally Disturbed patient's further into the future because we can & it's the easiest laziest answer to the problem of Mental Illness that if everyone will with all these innocent people & elementary school classroom children being shot & killed by Schitzophrenic & or Bi-Polar 357 magnum gun welding patient's this issue over & with Mental illness absolutely must be resolved & addressed in a totally radically different angle than it for so many unsuccessfully & dangerously wrong abusive way's has been for so many year's that we are now seeing in these bizarre shooting's of innocent people as a red flag to stop the abuse of psychiatric mentally disturbed patient's before much worse or bizarre crazy thing's are to happen by angry psyc client's acting out & wanting to be heard in the community by their peer's! ~Hollister Ann Horn~

Another false assumption is that Borderline Personality Disorder cannot be fully recovered from. I am a former borderline who is now as healthy as most ordinary people.
I was diagnosed with BPD 10 years ago, and at that time, had all 9 symptoms of the condition. I had had a severely abusive childhood with a father who beat me and a mother who neglected my need for support. Things seemed hopeless and I felt that I would never be able to attend school consistently, get a job, or have satisfactory relationships.
Today, I am 28 years old. I work full-time as manager of a successful business, have many good, intimate friendships, a serious long-term girlfriend, and I am enjoying life! I worked in intensive therapy for eight years, gradually developing a healthy personality. I learned to tolerate ambivalence, to work through difficult emotions, to control my projections and acting out behavior, to trust and depend on someone else without fearing abandonment, and more. Today, I have great self-esteem and feel well most (not all) of the time.
I am trying to spread the word that BPD can be fully recovered from. In case you or others are interested, I keep a blog about how I recovered here - http://bpdtransformation.wordpress.com

Another assumption is that all mentally disabled use illegal drugs.

A well written piece and so true. The worst culprits are those charged with your care.

Every person that have a mental illness should have the benefit of the doubt. If a patient say: I have pain in my pelvis, they do have the way to verify is that is fact or no. But sadly they don't want to spend the time and the money. That talks a lot about the industry. Other thing that we can learn from your article is that people need more training and education to deal with this situations. By not trusting the patient we are making their lives very difficult. Are we are here to help or to make the healing process impossible?

Yeah it is kind a hard having a mental illness because of misbelief...

great article!
This is why I do what I do at our non-profit "Mental Illness Debunked"!! It's mot JUST about giving people healthy alternatives, it's about restoring their dignity
www.facebook.com/mentalillnessdebunked

Nice post. The more like them and the more understanding there will be. Thanks for advocating for us.

Wow. What a painful read. You're right, of course. I've seen all of this. The problem, of course, is that mental illness is a large domain to understand, and most people simply never care enough or have the time to achieve an adequate understanding. In truth, as a mental health professional who pretty much does very little else, I'm still distressed by my own insufficient knowledge of many things, even after years in the field.
So what are we to do? One thought comes immediately to mind: It can be very helpful for people living with mental illness to rehearse "telling their story". (I wrote a blog post about this a while back.) In other words, it's good to be prepared to be an educator-on-the-spot, an advocate for yourself. This is a great self-esteem exercise, for sure, but more than that who better to do the educating?
The trouble is that is beyond the capability of many people.
Sounds like we need to keep writing these blogs. Lots more educating needs to be accomplished!
Thanks for a very good post.