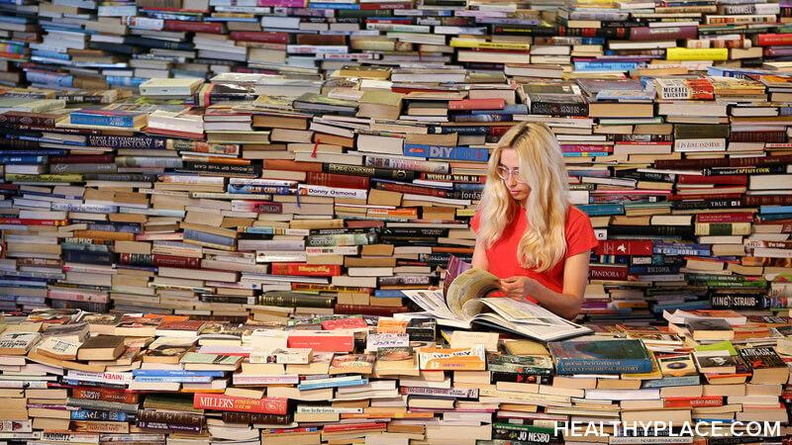 Having a mental illness does not make me incapable, stupid or violent.

1. Having a mental illness does not make me less capable.

In 1998, I became suicidal while a sophomore at Baylor University. To make a long story bearable, the RA (residence assistant) found out and reported it. I was suspended from class and evicted from the dorm pending a psychiatric evaluation and meeting with the dean. I returned to class after an eight-day stay in the psychiatric ward.

I earned an A.

2. Having a mental illness does not make me stupid.

I hate it when people treat me like a child or an idiot. My diagnosis does not make me ignorant. I have a psychiatric diagnosis, yes, but I also have a college education. I didn't get that by being stupid. My illness does not affect my intelligence.

Ask anyone living openly with a mental illness. It seems to be an automatic assumption that we're less intelligent than most, even though mental illness affects the emotions, not the intellect.

3. Having a mental illness does not make me violent.

In the 1999 Mental Health: A Report of the Surgeon General, US Surgeon General David Satcher reports that in the 1950s, about 13 percent of people surveyed considered individuals with psychosis as violent. In the 1990s, that number rose to 31 percent.

Yet the risk of violence is much less for a stranger than for a family member or person who is known to the person with mental illness. In fact, there is very little risk of violence or harm to a stranger from casual contact with an individual who has a mental disorder. Because the average person is ill-equipped to judge whether someone who is behaving erratically has any of these disorders, alone or in combination, the natural tendency is to be wary.

BPD and Spirituality: Hazardous But Healing River (pt. 2)
Ways to Self-Soothe During an Emotional Crisis
K
January, 28 2014 at 4:14 pm

I feel like people don't necessarily assume I'm unintelligent based on my mental illness, but shrinks DO assume that I'm EMOTIONALLY unintelligent, and that my apparent lack of emotional resourcefulness is the cause of my bpd. Like, they completely throw out the window any idea of biological-based mood disturbances or situational factors affecting my mental health at all.
Take the very fact that the number one thing they recommend is skills training. Skills training is a good idea for many people, but I don't feel that that approach is really complete or comprehensive enough.
Like when you're suffering, mental health professionals automatically go "oh, you need better coping skills" (even if you already have decent enough coping skills and it's your situation that is unbearable) instead of "well, that's a legitimately hard situation you're going through. I can understand why you are upset". As soon they stick the bpd label on you, they automatically assume all suffering is your fault / all suffering you experience is a direct result of your lack of proper coping skills.
As for everyday lay people stigmatizing, I find that the worst area for stigma is romantic relationships. People assume if you have a mental illness that you are inherently incapable of a healthy relationship unless you are "cured" of all symptoms, and that if you are diagnosed with bpd, you are inherently volatile in intimate relationships and that you are either abusive or a "splitter"(very frustrating, especially if this does not match your profile)

I wish that people were more insightful and aware of the damage they can do by the words they use and statements they make about mental illness issues. Educated and otherwise sensitive people use derogatory words related to mental illness that would be unacceptable and intolerant if such type of words were used regarding race, gender, religion, sexuality, and other issues. I wish that others understood that the use of such words is bullying behavior and that it promotes the oppression of those with mental illness. I wish that others understood that people do not choose to be mentally ill, regardless of severity and type, and cannot just "get over" anxiety, depression, OCD, and other disorders, and if we hear someone use a demeaning word and accept that behavior, we are passively participating and maintaining the stigma that is embedded in our society.

Thank you for sharing. The thoughtless words of some people can cause just as much damage as the symptoms of the illness.

Wonderful piece! There's a lot of things I wish people could understand about mental illness. If I had to pick just one though, it would be:
"I wish people would believe me when I tell them I'm not doing this on purpose and I especially am not trying to hurt you by behaving this way!"
Believe me! I'd much rather be at work than so anxious-ridden and agoraphobic that I can't leave my bedroom, let alone my house!