I didn't plan on making a part three to this series, but a lawsuit in Indiana just made it important. The lawsuit charged that it was inhumane and a violation of the Eighth Amendment's prohibition of cruel and unusual punishment to keep inmates with mental illness in segregation (isolation) with no access to "minimally adequate" treatment.

The effects of isolation 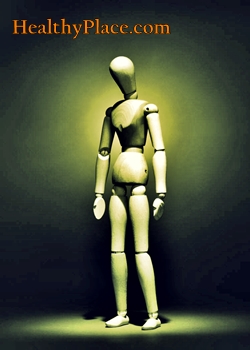 "Based on the extensive evidence presented in this case the Court finds that there are three ways in which segregation is harmful to prisoners with serious mental illness," wrote Judge Tanya Walton Pratt in her ruling. The first is the lack of social interaction, such that the isolation itself creates problems. The second is that the isolation involves significant sensory deprivation. The third is the enforced idleness, permitting no activities or distractions. These factors can exacerbate the prisoners’ symptoms of serious mental illness. This condition is known as decompensation, an exacerbation or worsening of symptoms and illness.

"Decompensation can be manifested by a prisoner experiencing auditory or visual hallucinations, sleep disturbance, memory problems, anxiety, paranoia, depression, eating problems, or engaging in self-injury or suicide. These symptoms can produce behavior which constitutes a threat to the safety of staff or to that of the prisoner himself. It can also produce behavior which makes the assessment process more difficult, such as when a prisoner’s paranoia induces him to refuse to leave his cell. Decompensation will not invariably occur when a seriously mentally ill prisoner is placed and kept in segregation, but may commence as soon as 10 days to two weeks after such placement."

The right to treatment

The short version: around 450 inmates with mental illness are being held in isolation, usually due to their symptoms. In segregation, inmates are required to stay in their cells 23 hours a day and given little, if any, psychiatric treatment. This increases symptoms such as hallucinations, paranoia, and depression. Since 2007, 11 inmates with mental illness have committed suicide--all of them were in isolation at the time.

“More than 200 years of scholarship has recognized that which should be obvious to all: Placing seriously mentally ill persons in segregated settings featuring prolonged isolation and little to no treatment merely increases mental illness and is incredibly damaging,” said ACLU of Indiana Legal Director Ken Falk in a press release.

Indiana's prison system has a psychiatric unit. Unfortunately, this unit also used isolation. In addition, treatment was infrequent: one group therapy session per week, and two or less individual therapy sessions a month--if that.

This is a violation of the Eighth Amendment's prohibition of cruel and unusual punishment.

“A prison that deprives prisoners of adequate medical care is incompatible with the concept of human dignity,” Pratt wrote in her ruling. "For these inmates, placing them in the SHU is the mental equivalent of putting an asthmatic in a place with little air to breathe."

Why treatment is important

We also need to treat prisoners because it is the right thing to do. "Inmates are not required to endure the horrific suffering of a serious mental illness or major exacerbation of an existing mental illness before obtaining relief," Pratt wrote. "Subjecting individuals to conditions that are 'very likely' to render them psychotic or otherwise inflict a serious mental illness or seriously exacerbate an existing mental illness can not be squared with evolving standards of humanity or decency, especially when certain aspects of those conditions appear to bear little relation to security concerns. A risk this grave—this shocking and indecent—simply has no place in civilized society. It is surely not one 'today’s society [would] choose[ ] to tolerate.' Indeed, it is inconceivable that any representative portion of our society would put its imprimatur on a plan to subject the mentally ill and other inmates described above to the SHU [Segregated Housing Unit], knowing that severe psychological consequences will most probably befall those inmates."

A Broken System: Mental Illness and Correctional Facilities (pt 2)
How a Video Game Gave Me My Life Back