What State Mental Health Hospitals Don't Want You to Know

Recently, I found the journals I kept while a patient at Richmond State Hospital in Richmond, Indiana. The entry for August 13, 2008, contains this tidbit:

[The service line manager] is now aware of my occupation. I probably overplayed my hand when I told her my paper's, shall we say, reputation. I let my judgment lapse in an attempt to appear sympathetic. She is not happy to know I want to write about the hospital's budget cuts.

Brace yourself--the following information is something the State of Indiana--and possibly your state--doesn't want you to know about state run mental hospitals. 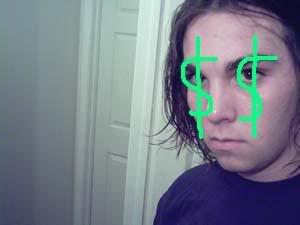 Everywhere you looked at Richmond State Hospital, you could see signs of inadequate funding. For example, the bed linen didn't fit the beds. Much of it was also stained or torn. The mattresses were hard, and I never received the soft mattress pad the doctor ordered. Making phone calls was difficult; we used pay phones that charged an exorbitant amount of phone card minutes. The pay phones often malfunctioned.

There were not enough chairs to seat everyone at the same time, which made group therapy difficult. One day there was a leak in the women's bathroom. The water covered the entire floor, and remained there for three days.

Exactly how was all this therapeutic?

Staff members at Richmond often worked double-shifts. In a profession requiring patience with sometimes difficult people, as well as constant alertness, this is not good. One staff member, during a double, started yelling at a disruptive patient. Another staff member would sarcastically offer suggestions on how to solve our problems. One staff member was fired after telling a patient with borderline personality disorder (BPD), "Why don't you just f****** do it?!" when the patient said she wanted to die. And no, it wasn't me, but I was cursed at by staff as well.

There were not enough staff, especially those with medical training. We often went without medical treatment; one patient flat-out told staff "We shouldn't have to beg to see the doctor." I agreed, saying "Just because we're psych patients doesn't mean we don't get sick." I went for four months without medical treatment that I received within four days of my transfer to LaRue D. Carter Memorial Hospital. The major difference between the two state hospitals is that LaRue receives some private funding--which made for better conditions.

It all comes down to money. People as a general rule want to pay for as little as possible and get as much for their money as possible. Funding for the state hospital system is not on the radar of most people. Stigma is part of the problem; to some people it's like arguing for more humane conditions in jails. However, another part of the problem is the simple "It's not my problem" mentality.

But it is our problem. One in four Americans will be diagnosed with a mental illness at some point in their lives. While very few of these cases end up in the state hospital system, the sheer number of people with a mental health diagnosis should serve as a reminder that it can happen to anyone. It's like Medicare and Medicaid--it's intended to be a safety net for the disadvantaged, but rich politicians get votes from rich people by blaming the victim.

How do we solve that? Education. We need to raise awareness that mental illness is common and treatable. We need to remove the stigma not only of mental illness, but also of hospitalization. We need to educate people that going to a long-term psychiatric facility is no different than going into long-term treatment for a more visible illness. When people understand this as a medical issue and one that could possibly affect them, they'll be more willing to talk about paying for treatment that sick human beings deserve.

APA Reference
Oberg, B. (2011, August 23). What State Mental Health Hospitals Don't Want You to Know, HealthyPlace. Retrieved on 2022, May 23 from https://www.healthyplace.com/blogs/borderline/2011/08/what-the-state-of-indiana-doesnt-want-you-to-know

Psychiatric Medication Increase Isn’t Always the Answer
Megan Fox and the Myth of the Month
withheld fornow
June, 17 2021 at 9:02 am

My son is slated to be transferred to Richmond State Hospital after an extensive amount of two decades of mental illness and substance abuse. He is great when he is good, clean and medicated properly. Illness gets the better of him way too often, then, of course, he makes rotten choices that are detrimental to his health and well being not to mention others that may come in contact with him. A viscous cycle of a very bad situation, very sad and true. After reading some of these articles and others as well, I will comment once he is there and has been there for awhile and let you know what I find as an opinion on these matters. I've contacted an Ombudsman for the Indiana Mental Illness Association and speak to NAMI at times when I am perplexed with the systems. The money issues at hand are inadequately routed funding-wise and therefore, things over time do not evolve enough at all for the better of human beings with mental illness. Just having these types of illnesses is enough of a detriment for Gods sake for a person. Then to have to be helped through a bunch of red tape to say the very least only adds to the issues at hand not getting relieved properly. I do hope my son has a life changing experience through this next time frame he's up against, and I pray moreso that it is a positive one. I will be going to the facility sometime throughout and will check back with my feedback on the whole picture. Interesting, isn't what I'm expecting, but let's hope so, I'd love nothing more than to be pleasantly surprised. Hope is MY four letter word and always will be.

Hi,
Thank you for reading the article and taking the time to leave a comment. I'm sorry to hear that your son has been struggling with mental illness and substance abuse, as well as bureaucratic issues with the mental health system in Indiana. However, I am pleased to hear you are remaining hopeful!

I was a patient of Larue D Carter, many many years ago. Reason being, just being ward of state of indiana was a good enough one. Fact i was supposedly damaged goods cause of severe abuse and rape by family members leading to courts removing parental rights, landed me in a long term care facility. Wen i was a patient it wasnt as bad as i cld have imagined on the childrens unit. They even bribed me with leaving ground passes if i just stop sabotaging my own care. So in the era of the 70s care wasnt as bad as it may have been in the 50s and earlier. I was soon discharged but managed to be in many other placements due to no one wanting to adopt a boy who might be damaged.

Thank you so very much for this article.

I was there three times. Once I busted out a window in C unit and escaped. When I was brought back by police, the staff attacked me after I went back to sit in another room. I was sitting on the bed and staff who was watching me kept trying to antagonize me, saying alot of extremely disprespectful things about my condition until I snapped on him and cussed him out. They came in and tried to make me take a shot of a certain medication I was allergic to, trying to calm me down. It ended up being a situation where five of them came in and jumped me, picked me way up off the ground by my arms and legs, slammed me back to the floor, cracking my head on the wooden bed frame on the way back down. Hard. I contacted my attorney but was forced to stay until my 90 days were up. Would I go back if I needed the help? Yes. I've been thinking about it recently. I don't act the same way I used to and probably won't have that type of problem again. It just depends on what you make of it. If you're not working on yourself they can't help you and things can escalate quickly. Once they call in the good squad on you, there's no turning back, you're getting your ass kicked.

The mentally ill are people. Help the people who truly care what happens to them. Please make the laws easier for families to help their love ones better???

[…] hospital system. The entire time was traumatic; I refer to it as the worst four months of my life (What the State of Indiana Doesn’t Want You to Know). But using humor as a coping skill for mental health got me through it, and enabled me to look […]

Education? There are several groups who try to educate the public,it would seem no one cares,public or government. I know how difficult getting proper mental health care can be.it seems that funding for mental health is on the bottem of the financial ladder. The stigma exists because no one,family or friend wants to even talk about it. If those who are supposed to be there for you avoid the subject,and sometimes even you,what can you expect from government"caregivers"? Sorry if this sounds bitter,but,like you I have been on the "receiving" end for quite a while.

I'm sorry your experience has been bad. You're right, it is hard to get people to care. Based on my experience, however, nothing brings about change like bad publicity.
Are you familiar with the work of Nellie Bly? One of my journalism heroes, in the early 1900s she feigned mental illness to be admitted to the Women's Lunatic Asylum on Blackwell's Island, New York City. Her resulting expose, "Ten Days in a Mad-House", brought massive public outcry, which led to changes. The link is here: http://digital.library.upenn.edu/women/bly/madhouse/madhouse.html
Sad to say it, but sometimes shaming the powers that be is the only way to bring change to a system that former Surgeon General David Satcher said is "fragmented and in disarray."