Personality Tests: A Barrier to Employment of Mentally Ill

I am a proud Midwesterner. I prefer to work rather than receive disability, which is why I often say I'm a freelance journalist when asked about my employment. However, the fact that I have a psychiatric disability is often a barrier to employment--even if I don't directly disclose it.

A few years ago, I applied for a job at an upscale Mexican restaurant. Despite two years of experience and excellent references, I did not get the job. I joke that I managed to fail the personality test with "no wrong answers", as the manager put it. When I filled out the test, I realized quickly that it was a psychological assessment--and my borderline personality disorder (BPD) quickly got me flagged.

The legal reasoning for pre-employment tests

"There are legal trends that strongly support the use of pre-employment testing," explains the web site for Saterfiel and Associates. "Employers have been forced to defend an ever increasing number of negligent hiring lawsuits that seek redress for crimes committed by their own employees. Those crimes range from rape of a customer in her home by a pizza delivery driver to assaults, homicides, and theft against co-workers and customers alike." 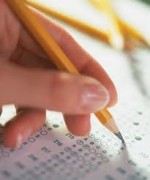 "The lawsuits contend that the employer negligently placed an applicant with dangerous propensities, which should have been easily discovered by reasonably diligent investigation, into an employment situation where it was foreseeable that the subject employee posed a threat of injury to others. While employers cannot safely ask questions like, 'How often do you have fits of uncontrolled homicidal rage?', they can still minimize their legal exposure through the use of pre-employment assessments."

The problem is it is easy to find this information without invasive personality tests. It's called "checking the references". I've helped go through applications--if someone is prone to fits of rage, it will show up in his/her employment history. It also tends to show up during the criminal background check.

In other words, it is a violation of your rights if a psychological assessment is performed for a job not critical to public safety.

In the case Saroka vs. Dayton Hudson, a class-action suit was filed on behalf of security applicants at Target's California stores. Applicants were required to take the California Psychological Inventory (CPI) and the Minnesota Multiphastic Personality Inventory (MMPI)--both tests designed to diagnose mental illness. Questions were invasive and not job-related, and included "I feel my sins are unpardonable", "I am very attracted to members of my own sex", "My sex life is satisfactory", "I have no difficulty starting or holding my bowel movement" and "I feel sure there is only one true religion." The tests were ruled an invasion of privacy, and Target settled for more than $2 million without admitting wrongdoing or liability.

Discrimination exists even without these personality tests

A few years ago, I was looking for employment. I had the help of a job coach, and was confident I'd find something. My job coach went to a restaurant to see if they would hire me--that's when it became clear the answer was no.

"I have knives in the kitchen!" the hiring manager exclaimed as soon as she identified herself as a job coach. "Is anyone going to get hurt?" She replied that unless my hand slipped when slicing vegetables, no. He then said "Well, this is a fast-paced job, and the mentally disabled might not be able to keep up." My job coach apparently encountered this often, as she quit within two weeks of taking my case.

The stigma of mental illness is so strong, people in treatment can have trouble finding or keeping a job. Personality tests are one way of keeping this stigma strong. The diagnosis matters more than a person's experience or ability. This results in more people being on disability, which is a drain not only on the economy but the person's sense of self-worth. The employer has a right to not hire a dangerous or sloppy worker. But personality tests are not the way to determine this.

APA Reference
Oberg, B. (2011, June 21). Personality Tests: A Barrier to Employment of Mentally Ill, HealthyPlace. Retrieved on 2021, January 19 from https://www.healthyplace.com/blogs/borderline/2011/06/personality-tests-a-barrier-to-employment

that predict the submission of personality test of every person that look for work, I may say that your experience indicates very much on wrongs public opinions to mental illness.
myersbriggspersonalitytest

Even personality tests generally are important tools in estimation of individual characteristics, they didn't accurate personal abilities and peculiarities of respective person. Indeed, the real life is something more than rigid and limited criterion of any inventaries of personality, such are personality tests. As for the politic of employment, that predict the submission of personality test of every person that look for work, I may say that your experience indicates very much on wrongs public opinions to mental illness. However, the interpretation of personality should to be critical and in concordance with psychosocial and sociocultural circumstances where examinee person with psychiatric diagnosis live and work. Otherwise, it would yet occur many discrimination and exclusion against these vulnerable category of population. In this social state, all the world will be loser, while the persons with mental difficulties are going on to sink in rough claws of psychological diseases.