The Importance of Being Alone While Anxious 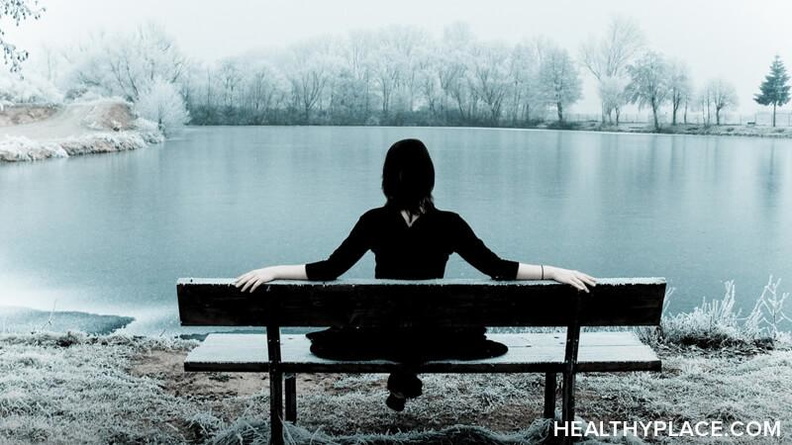 For many of you, hearing me recommend being alone while anxious may seem foreign, if not counterproductive. After all, a common suggestion for people with any mental illness is to maintain a healthy support network to get you through tough times. I’m not disagreeing with that suggestion, for I think it’s vitally important for your mental health. What I am suggesting is that during those periods of heightened anxiety, it may be helpful to step away from everyone and allow yourself to be alone with your thoughts.

Let me give you an example. Once, while at work, I suddenly became very anxious. I don’t know why, nor does it even matter why – the point is I was at a point where I was unable to focus on anything. I tried squeezing the stress ball I keep near my computer and looked at pictures of my cat, but the feeling didn’t go away. To give myself some peace of mind, I spent several minutes walking in the stairwell near the office, where I could be alone.

When I Was Alone While Anxious

This helped for a number of reasons. Being in a crowd when anxious – especially at work – can make you feel worse. We’re expected to maintain a state of decorum, and if you’re anxious, we need to work extra hard to keep that state of decorum where it should be. That’s draining, and can exacerbate our anxiety, as we’ll inevitably start worrying about keeping up appearances.

Being alone means not worrying about that. It gives us the opportunity to take a few minutes to focus exclusively on what’s going on in our own head. We can, if possible, figure out the cause of our anxiety, piece together a plan for controlling it, think of people in our support network to contact if necessary, and, perhaps most importantly, take a minute to relax.

The Courage to be Alone While Anxious

The hardest part about being alone while anxious is actually getting the courage to do it. I’m sure many people find the prospect of stepping away from their job, for instance, to take time for yourself is scary. If you haven’t, talk with your boss and disclose your mental illness – hopefully they will be sympathetic.

Forgive me for being blunt, but I’m so sick and tired of people, mentally ill or otherwise, willingly choosing to act detrimentally to their well-being for the sake of their career. It’s not worth it. It’s never worth it. Your well-being is most important – the sooner we collectively come to an agreement here, the sooner we’ll live in a healthier world.

With that in mind, if you need to step outside to be alone during a particularly bad day, just do it. Leave without saying anything. If someone asks, lie. Say you’re going to the bathroom or something. If anyone says anything when you come back, tell them you were in the bathroom too. At the risk of sounding completely self-centered, don’t worry about what they may think.

Again, I don’t really want to sound as harsh as I do. But until we make real changes to the ways in which we take care of ourselves, that harshness is not only warranted but completely necessary.

Tags: being alone while anxious

APA Reference
DeSalvo, T. (2019, April 10). The Importance of Being Alone While Anxious, HealthyPlace. Retrieved on 2023, February 3 from https://www.healthyplace.com/blogs/anxiety-schmanxiety/2019/4/the-importance-of-being-alone-while-anxious

Reducing Anxiety: Not Just What You Do But How You Do It
We Need Mental Health Care Now
georgina rosanna nash
July, 8 2019 at 6:46 am

This is a good article on being alone when you suffer with anxiety. I am on sertraline medication as I have been getting panic attacks and anxiety. The medication is helping. But i find my anxiety gets worse when I am alone. I try to focus on doing tasks at home around the house to take my mind of the anxious 😩 feelings. Which can help at times.

It's good that you are getting some help with your anxiety. I also do housework to get rid of anxiety, and it helps me too. If you think it helps to be around others, by all means, do it. What is most important is finding something that works for you