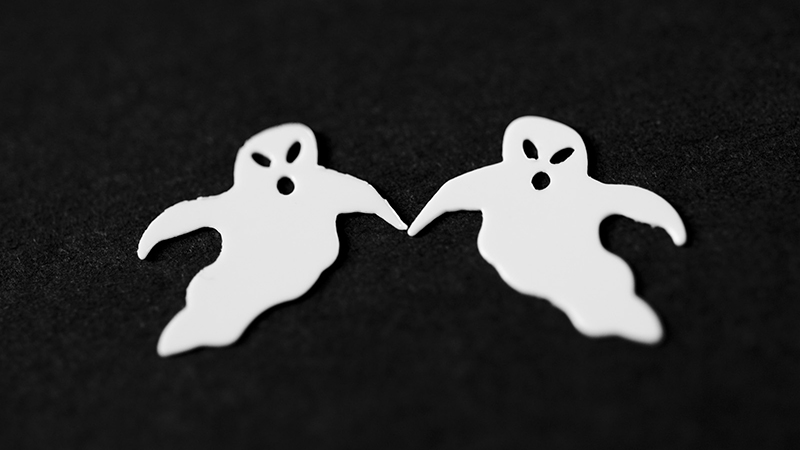 Mental illness is a complicated medical diagnosis in the “best” of circumstances. All people have a variety of emotions, thoughts, and habits that make up their personalities. Determining that something rises to the level of disorder and needs medical intervention isn't always straightforward. For me, the effects of co-occurring bipolar and anxiety disorders make understanding what was happening to me difficult.

As far back as I can remember, I have always been paranoid, anxious, depressed, and manic. In fairness, I didn't realize I was manic; I just thought I was extremely happy. But I ended up in the psychiatric ward because I was suicidal, which is a byproduct of the extreme depression. It was during that visit that I was diagnosed with mental illness for the first time.

During the admission process, I was asked a lot of questions about my mental health history. The psychiatrist could personally see the depression and believed me, correctly, to be suicidal. As he worked through the intake questions, he started to see a pattern of highs and lows. As he collected the data, he gave me my first psychiatric diagnosis of bipolar disorder. In addition to admitting me, he prescribed mood stabilizers and an anti-depressant.

The lone bipolar diagnosis would stand for about the next six months while I moved from inpatient hospitalization to intensive outpatient treatment and finally to my current doctor and psychologist visit schedule.

My Second Psychiatric Diagnosis of Anxiety

While describing various symptoms to my psychiatrist, she asked if I had ever had a panic attack. I, not knowing what that was, said that I had not. She then pulled out a book and began reading the definition, and symptoms, of a panic attack. I looked at her in stunned silence as I nodded my head. My second psychiatric diagnosis was generalized anxiety disorder.

It is important to realize that being diagnosed with an anxiety disorder didn't erase the bipolar diagnosis. A person can, after all, have a headache, broken leg, and diabetes simultaneously. In reality, I had always had bipolar and anxiety disorders; this was just the first time someone had figured it out.

My diagnosis of anxiety and bipolar disorders puts me on the “co-occurring disorders” spectrum. Some of the symptoms of my overall mental illness are easy to sort out. The highs and lows (depression and mania) are easily attributable to bipolar disorder. Panic and anxiety attacks belong to the anxiety diagnosis. In some cases, they team up and mania or depression will cause a panic attack or, after a severe panic attack is over, I will be in a depression for a while.

Please watch my short video on living with bipolar and anxiety disorders and then use the comments section to share how you manage any co-occurring illnesses you may have.

Anxiety is a Weed in Your Garden
Take Shelter From The Storm of Anxiety
cliff
February, 3 2019 at 4:24 pm

Thank you everybody for sharing. often times its much more comforting to hear from fellow humans, on how they cope with and battle their various illnesses. I have been battling anxiety, and depression for40 years. This past November I started ECT for the major depression . I ended up in the hospital for awhile .I felt better for awhile then the anxiety got severe and they put me back in the hospital. I feel like the doctors are missing something and I wonder If ill get any of my memories back. Thanks everyone for sharing god bless you all in your journey to wellness.

It is so often the case that, though we know in the back of our mind that we aren't the only ones going through our struggles, we feel that we are alone. Hearing the stories of others helps put everything back into perspective. Thank you for the well wishes, and we all wish you the best in your journey as well.

Yes! And the doctor's need to spend so much time and observe me has lead to inpatient recommendation. When I have already gone through all this and was stabile but now am refused anxiety medications and ECT has been recommended.

Great article! Having more than one diagnosis is very complicated and confusing for many people. I think that education on the symptoms, treatments, useful coping skills for different symptoms, and learning the language the doctors use to describe the struggle we are experiencing is the best path forward for people. In my early recovery I could not name my "symptoms" only describe how I was feeling. To treat us, Doctors need a list of symptoms and when I did not know they had a name for what I was experiencing I never was happy with the effects of the medications I was prescribed. I have Social Anxiety Disorder, Bipolar Disorder with Psychotic Features, and ADHD. I am also dual diagnosis with a past addiction issue so learning the symptoms and medical terms for communicating my current issues to my doctor made all the difference in the world in me finally getting the medications that helped me feel better. Today I have eliminated my need for anxiety meds by learning CBT and the addiction is not in the mix either so things are always getting easier and less complicated. Thanks Gabe for all you do in the mental health recovery community. Knowledge is power. Keep Being Awesome!
David W.

Thank you so much for sharing this information and your knowledge, and for using your negative experiences in such positive ways. I just want to let you know your blog and links have been extremely helpful and informative and very encouraging.

Thank you so much for reading and commenting! :) Gabe

yes I have a few, bi-polar 1, or as i believe is a better name, manic-depression. GAD's, ptsd, ocd, and who knows on add scale. I am 52 and am most effeted now bt bi-polar, and GAD's, always ptsd around the corner. I have found a suitable meds protocol. good therapist, doctor(psych) the bi-polar is in hand for about a year, the anxiety is a daily battle. Talking myself down from anxiety, accepting the kind of job I now can do, and, i thought i would never say this, but an attitude of not giving up. what has also helped is acceptance of my mental illness's. i watch my diet, sleep, and exorcise. do not smoke, drink, or caffeine, or pop. I still have rather isolated myself, working on that. thank you for all your article, and this one. now if only fort wayne In had a support group for bi, gotta find something. thank you. last thing dealing with this illness for so long does make it part of me. not so fond of the term i am not my illness always. sometimes that phrase works though.

Thank you so much for reading and commenting. You are doing all the little things correctly and that has a lot of value. Keep it up! We are happy to have you! :) Hugs, Gabe

Dear Gabe, Thanks for spelling it out for all of us...A lot of people are so confused, as I am, what to do with multiple diagnoses. I have BPD-1,Panic disorder, PTSD, I'm a recovering addict-on Methadone but coming off slowly. Also I have a few physical diagnoses, and I'm a new mom. The best way for me and anyone to cope is to 1-Take Turmeric, 2- Meditate and Pray, and 3- absolutely-HAVE A POSITIVE ATTITUDE. We are constantly giving off energy and it comes back to us. 4- Spend time with animals.5- Our stomach's directly effect our over all health and can actually cause illnesses, our gut flora must be balanced. I hope I helped direct someone else towards a better path!!! Thanks Gabe !!!

This is my pleasure. Thank you so much! ~Gabe

I too have bipolar disorder and anxiety disorders along with Add, Ocd, ptsd, and several physical illnesses all rolled into one. I've learned since my diagnosis of the co-occurring mental ailments 14 yrs ago that everyone is different and that the way I handle the huge mass of stuff I balance would kill others who haven't dealt with pain and anger and walked on like I have. It's not easy, it's not fun, but it's real. Best of everything to all.

Hello Gingergirl455 - Thank you for reading and commenting. I often think that other people couldn't handle what I go through in a day. I keep moving forward, though. :) Most everyone has some invisible battle they are fighting. It is a fact of life. ~Gabe

I believe I have Bipolar II. I see a psychiatric nurse practitioner/social worker. I know I have Major Depression, Anxiety & BPD. Is there a test to determine, once & for all, what illnesses I may have? I have been in hospitals & have had very bad experiences. I do not ever want to go in a hospital setting again. I fight suicidal feelings everyday. I like my therapist, but I feel like she, or no one really, understands me. I don't know how to explain what goes on inside my head. I am so lonely for someone to understand or "get" me. I feel like a freak that no one really listens to or hears.

Hello Mary - Thank you for reading and commenting. It is appreciated. I want to answer all of your questions one at a time:
1) There is no definitive test for any mental illness as of today. Mental illness is diagnosed by reporting symptoms to a doctor who uses that information to diagnose you
2) It is completely understandable that you do not want to be in the hospital. No one wants to be hospitalized. It is a place we go out of necessity -- not desire.
3) I promise you are not alone. Many of us here at HealthyPlace have felt alone and misunderstood. Some of us still do. I assure you that you are not a freak; you are a person battling an illness.
Please, if you are considering suicide or in need of immediate support call 9-1-1. HealthyPlace maintains a list of resources that you may find useful and/or helpful as well.

I know exactly what you mean. I have BP 1, Panic Disorder, Generalized Anxiety Disorder, Social Anxiety Disorder, OCD, and PTSD. Those are just my psychiatric diagnoses. I have a couple dozen physical diagnoses as well. I definitely believe that having BP and anxiety together is what makes me ..me. I'm anxious, nervous, panicky, depressed, and sometimes manic. All in a nutshell. Pun intended.

Vicki - Thank you very much for reading, commenting, and for the pun. Be Well and keeping being "punny." ~Gabe

Funny that I see this today because I just had an appt with my psychiatrist and we will begin to treat me for bipolar and continue my [medicine]. 4 1/2 years ago I finally sought out help for anxiety and was also treated for depression, then some treatment for ADD, but after all this time its now heading towards a minimal form of bipolar...frustrating because for so long I was a mess, then was living life like I should after [medicine] and meeting with my psychologist. I just want to be well for my wife and children. I have done so many things that I thought I would never be able to before I got treated for anxiety...etc, now I just hope I can find another way to get by this now.

Mike - Thank you for reading and commenting. It is much appreciated. Mental Illness treatment is a long and involved process. It can take months, years, and even longer to reach full recovery. I am glad to see you continue to fight and push forward. ~Gabe