At the beginning of May, my Twitter stream was on fire with angry ADHDers. They were sick and tired of ADHD being stigmatized and they weren't going to take it any more! And what had set their tweets a'fire? A YMCA ad. 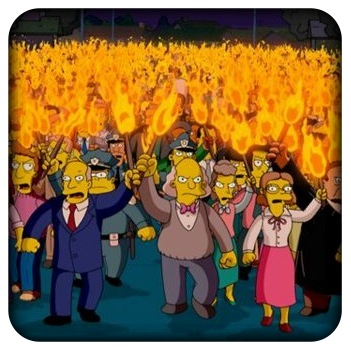 I'm sorry. I'm exaggerating. Only the ADHD folks were complaining.

In an effort to drive new membership into their centers, the Vancouver YMCA released a set of ads that played on nostalgia and tweaked our modern sensibilities with a wink. The ad in question showed a 50 year old photo of some scrawny white kids in gym class. Above them read "Before video games, before Facebook, before Ritalin, there was basketball". 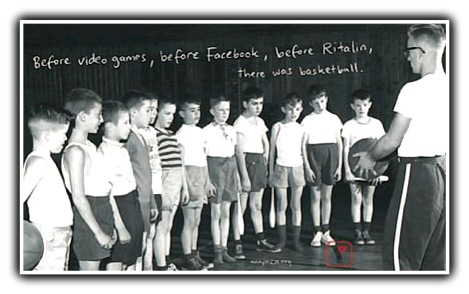 Oh, I get it… We are more sedentary now and exercise less than we did in the past. And the Ritalin gag obviously is poking fun of fidgety kids being over-medicated instead of being given a ball to play with. There have certainly been a lot of abuses in schools with Ritalin over the years. Of course, not every kid taking Ritalin is one of those cases (engaged in Ritalin abuse). Some of them have a bonafide disorder. Whoops. I can see why people were upset.

Hyped Up Over ADHD Stigma

Still, some people were acting as if the YMCA had lined up all ADHD folk against a wall and hung scarlet "A"s around their necks before shouting "Fire!". Some of those tweets were eyebrow raising. People were out for blood. Was the ad really that bad?

Is this the solution to greater understanding? We rage together as a mob and strike fear into the hearts of advertisers and comedians who dare address ADHD lightly? The powers of political correctness are on the move. There shall be no jokes about ADHD!

Hold on, though. Aren't we the people who sometimes get on the wrong bus, put the milk away in the cupboard, show up to meetings at the right time but on the wrong day, and go to the store to buy everything but what we went there for‽ If we can't have a laugh at ourselves, how are we to cope with our incredible tendency to goof up 50 times a day? How are we to convince others that we are perfectly normal, if just a wee bit absentminded and scatterbrained?

The YMCA pulled the ad the very day it aired, then was barraged by angry folks who demanded a public apology. Well, they were contacted by two people at any rate.* Everybody else just ranted on Twitter and in blogs. I can't help but think that it would have been better to organize a letter writing or phone calling campaign. We could have encouraged the YMCA to release a new ad that intelligently targeted ADHD kids. Perhaps it could have featured a mother overwhelmed by her whirling dervish of a cooped up child. Or can't we tease that hyperactive kids have excess energy and respond well to exercise? Must all mental health issues be treated somberly?

Instead of tweeting speculations about why the YMCA waited two weeks to formerly apologize, maybe it would be better to use our energy to fight the adamant teachers and doctors who still claim that ADHD doesn't exist, or to challenge school systems that don't accommodate the needs of ADHD children. We need to fight ignorance and intolerance, not excoriate others for public gaffes. Perhaps the collective pot shouldn't be commenting on the kettle's color. In the end, if we jump down people's throats whenever they make mistakes regarding ADHD, all we'll do is silence the discussion and teach them to fear us. Don't you agree?

Weigh in on this issue and leave a comment below. Thanks for reading.

*This was according to Charlene Giovannetti-King the Vice President of Funds Development for the Vancouver YMCA. Some people claimed to have emailed the YMCA, but they received form replies.
Follow me on Twitter for my ADHD escapades at @SplinteredMind or my novel writing project over at @DouglasCootey. And if you're a glutton for punishment you can friend me on Facebook as well.

Laughter and Friends Fix Most ADHD Gaffes
3 Ways For ADHD Dads to Earn Respect From Their Teens
Bri'anna
May, 25 2010 at 4:51 am

It must be so frustrating to still see ads like this going around. It will be a good day when mental illness will finally be widely recognized as just as valid and real as physical disabilities.
-Bri'anna

Bri'anna ~ That's a great sentiment. We may see that day, but only if we educate those around us.
mountainfaerie ~ Wow! I don't have the energy to even read all that, nevermind do it. I fear I will be a lousy father when all is said and done. But maybe if we can get some more bike rides in I can turn all that around. ;) Sometimes kids have low self-esteem despite all we do as parents. You shouldn't beat yourself up about it.
Thanks for your comment.
LIthium_trip ~ I am not one of the ones who was offended by the ad. I actually thought it was funny, but I can see how the phrasing of the ad was not the best. Kudos to the YMCA for pulling the ad the very first day. Sorry to hear you are on such a strong cocktail at such a young age.

I think the YMCA ad has a point. From my experience with ADHD, Bipolar and almost a decade of taking a colorful cocktail of strong psychoactive drugs everyday and mental health treatments since 15, it does make me wonder if some children are overly medicated beyond what is necessary sometimes cos that was the case with me.
I don't think that ad was meant to downplay or ridicule ADHD. But it was probably just brought out in a way too simplified way that took what they were probably trying to say out of context.

I'm one of those mother's. I had three ADHD sons. Oh my, does overwhelmed describe my life. Everyday I thought about my plan of attack. Keeping my boys busy & entertained was the best medicine. Limited TV, and lots of planned hands on activities. Crafts, puzzles, legos, and reading to name a few. Lots of outdoor fun. Sandbox, big wheels & swings to start. Then growing into fun cooking, bikes, skateboards, scouting & sports. My boys were fit, busy, and happy at home. School was another thing. Sitting still all day; well that never worked. Avoiding being made fun of; well that took a lot of building their self-esteem. A consistent schedule at home helped organize them. They were bright and school lessons moved to slow for them.
Sometimes I felt like I was in the center of a tornado, with my boys spinning around me. I was frustrated, exhausted, and not always a happy smiling mother. Sometimes I'd go into the bathroom and have a good cry. Alone. Sometimes I just didn't know what to do next. I wanted my boys to be well adjusted, and to be the best they good be. I loved them so much, still do.

It must be so frustrating to still see ads like this going around. It will be a good day when mental illness will finally be widely recognized as just as valid and real as physical disabilities.
-Bri'anna

ADHD and Tardiness: Better Late Than Never?
Adult ADHD
How to Work with Your ADHD to Complete Your Projects
Adult ADHD
3 Ways For ADHD Dads to Earn Respect From Their Teens
Adult ADHD
ADHD Adults: Ways to Talk to Yourself but Not Be Committed
Adult ADHD
ADHD Q&A: How Does Love Survive the Onslaught of ADHD?
Adult ADHD
ADHD Frustration and Road Rage: Get Out of My Way!
Adult ADHD