You Can Control Your ADHD Impulses and Avoid B&E Charges! 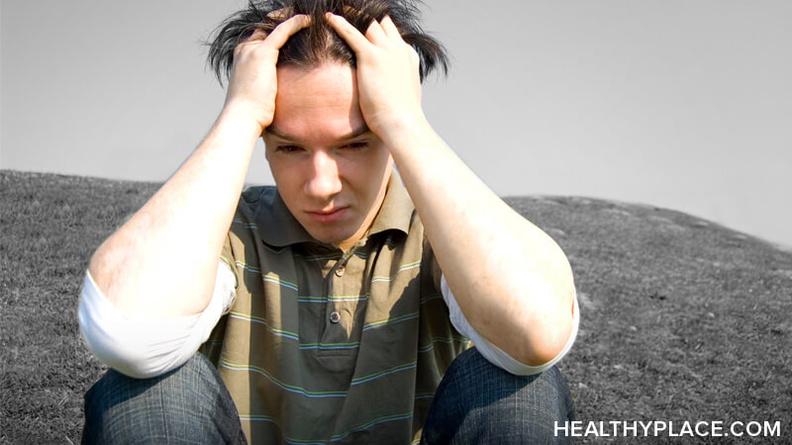 Believe it or not, you truly can control your ADHD impulses and avoid being arrested for breaking and entering. All it takes is a few good thumps from the School of Hard Knocks to drive the lesson home, but even an air-headed dreamer such as myself can learn to avoid catastrophic lapses of impulse control.

The other night I had friends over. As usual, these things tend to go late. You'd think I liked spending time with them or something. So when a friend offered to take me out for some late night shopping, I leaped at the chance. My sexy, hot minivan was running on fumes, but my bank account was not. 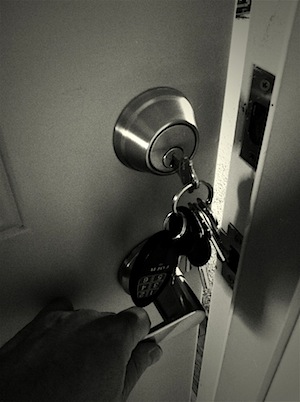 As we left I noticed something on my neighbor's doorknob. Closer inspection showed it to be a set of keys left in the door, with a loaded keychain one key away from collapsing in on its own weight and becoming a black hole. That in itself was interesting, but more importantly, it shouldn't have been dangling there so invitingly at 1:30 am in the morning. This was definitely a case where ADHD distractibility was an upside.

But what should I do?

The keys belonged to a young mother of four going through a divorce. She was kind enough to send over some chocolate chip zucchini bread for me and my girls when we first moved in a few weeks ago. It was very neighborly, and I had been wanting to return the favor.

A Moment to Pause and Think Helps Control ADHD Impulses

My first impulse was to take the keys out of the door, open the door, quietly drop the keys inside, then close the door. I squashed that idea instantly. The act of breaking and entering wasn't something I wanted to be known for in my new apartment building. Besides, doing that left her door unsecured.

My second impulse was to take the keys out of the door, secure them at my place, and then leave a note on the door. But I didn't even know the girl's name, and that could be seen as a bit creepy. And it still left her door unlocked and with an announcement that read "Hey, you! I've got your keys. ~Apt. #1A¾". I squashed that idea even quicker.

I resorted to knocking on her door despite the late hour. It took three attempts, each increasingly louder before she answered wide-eyed and panicked with the door only opened a crack. She obviously wasn't dressed for company. I said "Hi, your keys are in your doorknob," in as apologetic a tone as I could muster. She was surprised for a second, then immensely relieved. She whispered "Thank you!", fumbled for her keys without opening the door further, then disappeared.

She thanked me two more times in the days that followed. I had successfully been neighborly. Now, think of how different it could have been if I had followed my first ADHD impulse. Can you imagine her panic if she had heard her front door open and her keys jingle while she lay in her bed in the dark? Or worse, what if I had opened the door while she was moving about her kitchen in her unmentionables?

The scary thing is that when I was in my twenties I had so little control over my ADHD impulses that I would have followed the first impulse in the blink of an eye. I was phenomenally lucky and avoided most serious trouble except, you know, getting fired and watching friendships go down in incandescent flames and stuff. That's why I learned to stop and think things through before acting on them, especially when dealing with other people. There was a danger of second-guessing myself, but with practice, I found a happy balance.

The ADHD mind works at a million thoughts a minute. If we don't teach ourselves how to filter them, we are doomed to live interesting but socially radioactive lives. I'm glad I've taught myself control. It took me a few years, but it was worth the effort.

Now if only I can suppress the urge to beg for more of that zucchini bread.

ADHD and Low Self-Esteem: Being Criticized and Believing It
Adult ADHD
How to Work with Your ADHD to Complete Your Projects
Adult ADHD
When Megan Fox and ADHD Collide
Adult ADHD
7 Steps to Inbox Zero for the ADHD Mind
Adult ADHD
Adult ADHD: Cover That Mouth Before You Use It!
Adult ADHD
3 Tips to Channel ADHD Hyperfocus
Adult ADHD