When Megan Fox and ADHD Collide

What? Megan Fox is removing her Marilyn Monroe tattoo because Marilyn “…suffered from personality disorders and was bipolar”? Marilyn’s image attracts negative energy? Do tell! 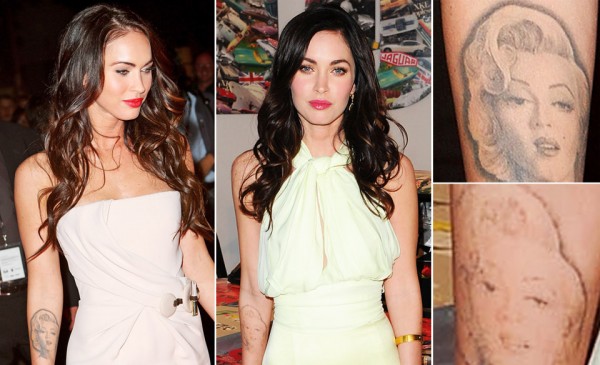 I began to immediately wonder. Could this be the fast food version of the Law of Attraction? Instead of all that effort focusing our energies to call out to the Universe to send us BMWs and wads of cash, all we have to do is tattoo something on our arm. Then we can sit back, let the positive energies flow, and decide which side of the garage the BMW will go on. Getting rich has never been so easy since those dayglo green rabbit’s feet were in style in the 80s.

I pondered for a moment which cheek Marilyn would look best on (you know, because I wanted to be sexier), but decided against it. Why be sexy when I could be filthy rich AND sexy? All I needed to find was a tattoo artist with the fortitude to put this baby on my body: 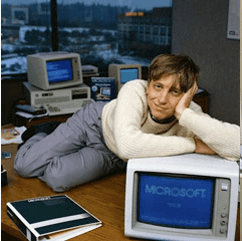 But why stop with a picture of Bill Gates? If positive energy could be harvested merely by throwing an inky net out into the ether, then I could tattoo up my entire body with tokens of power and vanquish my ADHD. The only problem I foresee is deciding which image best represents focus and productivity with a slight twist of creativity. Maybe I should hedge my bets and throw Steve Jobs’ face onto my body, too.

Then again, maybe it’s all just a little bit silly.

Although our thoughts can shape our world, I haven’t heard yet of the indelible power of tatts to do the same. Perhaps Megan and I don’t read the same magazines. I can, however, think of ways that thinking negative can affect ADHD.

Our mind can trick us into believing certain things are true. As a child, were there any of us who didn’t once believe something was in the closet or under the bed when the nightlight cast long shadows about the room? As adults, who hasn’t seen relationships wither and die when one partner focuses only on the other’s faults, ignoring all positives and seeing everything through a sickly poisonous filter? Negativity can also affect self-image and self-control. This is why we can lose control of our ADHD when we believe we have no control.

At one point in my life, I believed I could not manage my impulsive temper because that was simply how ADHD adults behaved. It was a classic text book characteristic, so it couldn’t be avoided. It’s been some years since I believed that way, but many a relationship was damaged by my lack of control then. I was irritated too much. Complained too much. Snapped too often, and made others unhappy with my negativity. Unfortunately, I didn’t have a tattoo of Marilyn Monroe to blame.

I suppose I could get a less permanent henna tattoo of something I am currently focused on as some sort of pneumonic device to help me stay focused, but I could also just post a picture of my goal on the fridge and achieve the same result. A tattoo of Bill Gates will no more make me rich than a photo of him lovingly snuggled next to my heart. And thinking about being rich can only go so far before I have to roll up my sleeves and get to work. If we want control over our negative behaviors, lazing our tatts off, carrying a four leaf clover, or never wearing the color purple again may have a placebo effect for a while, but eventually we’ll have to do the hard work and train ourselves to be positive.

Now if you’ll excuse me, I have to find a sexy picture of Steve Jobs to match that hunky pic of Bill.

Video: Adult ADHD Means That I'm Hyperfocused AND Forgetful
Warning! Depression is Dangerous! Or Something...
Douglas Cootey
September, 13 2011 at 4:07 am

Exactly. When we allow ourselves to think negatively, we alter our ability to cope. Coping takes faith that we can improve. Negativity breeds defeatism. When dealing with ADHD or Depression, I find I need all the positivity I can muster.

This is very true. In a lot of ways, and even though I often say it with tongue-firmly-in-cheek, it really is "all in your mind". It takes a lot of hard work and training to think positively, but it is definitely worth it to do so. There is nothing which can replace a lot of good old fashioned hard work, even if it's a cliche nowadays.