3 Ways For ADHD Dads to Earn Respect From Their Teens

How do you maintain parental authority when your frazzled ADHD mind makes you look like a parental chump? Teenagers constantly test the bounds of your authority whether you have ADHD or not. Still, with a brain filled with cotton candy where gray matter should be, the ADHD parent has some unique challenges. Here are some tricks I use to keep a good rapport with my kids and preserve the illusion of authority. 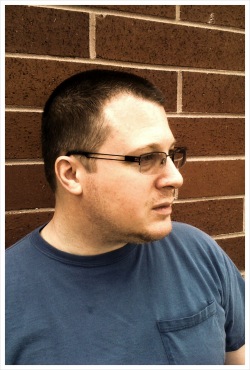 I imagine I can come across as mercurial to my girls. I lay down the rules, forget about them, then suddenly remember them and enforce them in a hurry. I forget important dates and misplace paperwork. I'm usually running late when I drop them off and showing up late when I need to pick them up. What a terrible dad I must seem to them.

Take this morning, for example. The Elf, my 15 year old, attends Early Morning Seminary, a weekday church class. I nobly offered to drive her this morning because I wanted my wife to sleep in so we could watch the last two episodes of Chuck. I figured I'd be up anyway since my sleep schedule was upside down again. Then I became immersed in my writing.

At seven to six, I realized the time and called on my cellphone and woke her up. Then I became immersed in my writing again. Thirty minutes later, she's ready and not only am I not ready to go, but I have no idea where my wallet is. I only had an entire evening to prepare for this.

I ran around the apartment for ten minutes frantically looking for it. I even checked my hanging pants three times. Good thing, too. Three times truly is the charm, though my eyes must have been cursed because I had previously checked the pants and not found the wallet the two times before. How does one do that exactly?

At any rate, we arrived at seminary thirty minutes late and she says "Dad, do I have to go in now?"

I, of course, level-headedly and with great understanding stated "We went through all this trouble to get you here. You're going in."

A Loving Dad Doesn't Have to Be A Perfect Parent

So the Elf had the unique pleasure of arriving late, attracting attention to herself, and only receiving fifteen minutes of spiritual instruction for her efforts. I'm lucky she came back to the car. I should have received a text stating, "Dad. Met guy named Knuckles over by dumpster. Heading to Las Vegas. Have a nice life. xoxox". Considering how typical this morning was for me, how on earth do I get her to do anything I ask of her?

Perhaps that wasn't the best example.

Well, aside from an unending string of embarrassments, I work hard on our rapport, and the effort pays off. I am not a perfect dad, but I am a loving one. In the end that seems to do the trick.

APA Reference
Cootey, D. (2010, May 27). 3 Ways For ADHD Dads to Earn Respect From Their Teens, HealthyPlace. Retrieved on 2023, February 5 from https://www.healthyplace.com/blogs/adultadhd/2010/05/3-ways-for-adhd-dads-to-earn-respect-from-their-teens

3 Ways Daughters can earn respect from their ADHD dads:
You don't have to be a perfect daughter to be a loving daughter. Goodness knows I haven't been perfect. But here is my secret!
1. Beat him at iPhone Scrabble
2. Have a cooler iphone than him, at least for a few more weeks
3. Post comments on all his blogs :)
Love you

@ Bri'anna
You are obviously trading secrets with my daughter. So my advice is the same as what I gave my daughter: If you let us win, we'll buy you more stuff.

Soozcat ~ So true. I just know that if I ever become rich & famous, there will be a "Daddy Dearest" in my future.
Bri'anna ~ Thanks, hon. 1) I will have my revenge. 2) Alas, yours is still cooler 3) I love your comments.
Kit Kat ~ Assuming I can wake up for them, I may one day redeem myself! Haha!

You are such a funny father! I'm sure she still loves you after what you put her through and if she is like me she probably thinks it's comical. Hopefully there will be better mornings:)

3 Ways Daughters can earn respect from their ADHD dads:
You don't have to be a perfect daughter to be a loving daughter. Goodness knows I haven't been perfect. But here is my secret!
1. Beat him at iPhone Scrabble
2. Have a cooler iphone than him, at least for a few more weeks
3. Post comments on all his blogs :)
Love you

Nobody said you had to be a perfect dad. And that's just as well, because there's only one perfect Dad in existence.
It is one of those things that parents (and in loco parentis guardians) worry about excessively. How are we going to psychically scar these budding persons that have been entrusted to us? What kind of people will they become, based on our own very flawed examples? I hear my own phrases, and my husband's, falling from my niece's lips; I see the way she clutters the front entryway with her shoes after she's seen how I fail to put my own on the shoe rack. It's a daily process. Sometimes it's an hourly process.