ADHD Frustration and Road Rage: Get Out of My Way! 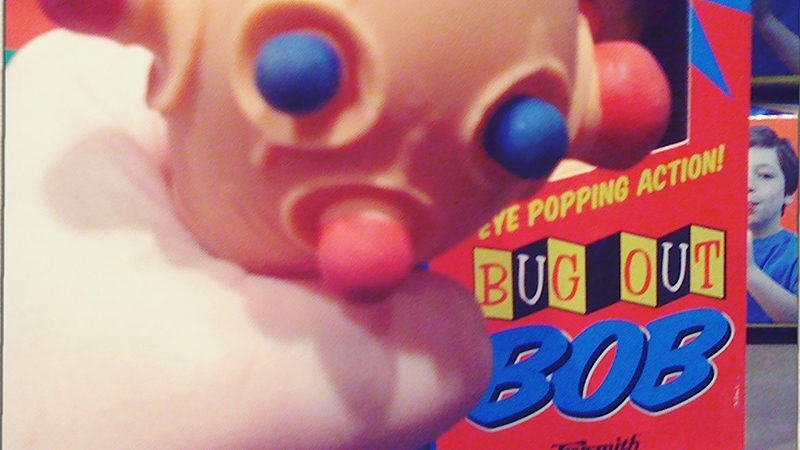 It is said by those in the know that adults with ADHD have a low tolerance for frustration leading to road-rage. That they are impatient and quickly prone to think "Oh, no! Here we go again!" Then they either withdraw, or get behind a wheel and take their anger out on the world like I used to do. I say "used to" because my mother reads this and we wouldn't want her to get the wrong idea. My daughters on the other hand . . . well, it's too late for them. My frustration and road rage is an event that just can't hide.

Causes of My ADHD Frustration and Ensuing Road Rage

When I drive, I calculate at least a quarter of a mile ahead and more if I can see it. Stopping is painful for me. I just want to GO! I don't so much look at the traffic and pick out my path as much as feel a 3D map of the world around me with almost every sense fired up and active. I note the cars on my right and left, placing trajectories for them into the space ahead so I know, simply know, where there are gaps to drive through. I skirt through traffic like a hyperactive kid in a pod racer.

Then I bump into somebody going 5 mph slower than the stated speed who likes to brake for dust motes, or maybe they are on a cell phone and driving erratically, or they suddenly decide as I come up on them that THEY, and THEY ALONE, must be in front. These people irritate me in visceral ways that ignite the megaton nuke inside my mind.

And then I open my mouth.

Originally, I would let loose whatever angry sentiment I could summon, but that became boring over time. Taking inspiration from one too many British TV shows with clever dialogue, I developed my own style of insults that no one ever heard but gave focus to the frustration that would spring up suddenly. Any idiot could swear. I aimed to make my insults more and more flamboyant until one day "You moron!" became simply "You sewage-slurping cretin!" or better yet "You septic boil on the backside of a diarrhetic rhinoceros!"

Actually, I don't recall using either one of those charming gems (cross my heart), but they capture the spirit of the time. This went on for years, keeping me entertained until one day two things happened: I developed high blood pressure, and my daughters became aware of what I was saying and began to repeat them. My wife was not pleased with either turn of events.

What to do? I couldn't continue mouthing off in such colorful ways, but I still had frustrations when driving. Then I remembered something from my youth called the Obie. It was a stupid looking doll that would pop out its ears and nose when squeezed. Strange. I never had a use for one until that very moment. Unfortunately, I couldn't find it for sale anywhere online. Then, by chance a few weeks later, I found an Obie, but called Bug Out Bob, at the local Cracker Barrel. It was perfect.

Since then, I've worn out three of them and just purchased my fourth the other day. Anytime I feel frustrated, I reach down and take it out on Bob. He doesn't mind. Oddly, over time, I don't need to give him much of a squeeze anymore. It turns out that my insult exercises were feeding my frustrations, not alleviating them. I'm much happier now and less stressed while driving. Bob broke me of a bad habit.

I asked my girls if they remembered any of my old insults from years ago, and the 11 year old remembered something about turtle munching squirrels, which doesn't sound like something I would find remotely offensive, but my 18 year old recalled one particular phrase that made my ears burn red. Yes, yes. I sure had a problem then. Glad I silently work over ole Bob these days instead.

Interested on how this works? Watch the video on Bug-Out-Bob and road rage in the next post.

APA Reference
Cootey, D. (2010, March 9). ADHD Frustration and Road Rage: Get Out of My Way!, HealthyPlace. Retrieved on 2022, December 8 from https://www.healthyplace.com/blogs/adultadhd/2010/03/adhd-frustration-get-out-of-my-way-or-i-shall-taunt-you-a-second-time

Finally you've learned how to slow down and count to ten. And, yes, I'm aware how you drive. No further comment is required.

I have a friend who could use an Obie. She's normally this easy going person, but then she gets behind the wheel of a car. Actually it's even when she rides in a car. It can be very interesting driving her somewhere as I tend to relax in the car and she ends up shouting or saying things about other drivers. Maybe I'll buy her an Obie next time I see one.

She may appreciate it. You never know. Let us know how she reacts.

Finally you've learned how to slow down and count to ten. And, yes, I'm aware how you drive. No further comment is required.

Ladies and Gentlemen, I present to you my mother.