I knew there was a reason I despised SpongeBob SquarePants and his shiny bottom. There was just something about that character that set my teeth on edge. It wasn't the fact he was a talking sponge. It had nothing to do with his nasally voice. It didn't even have anything to do with the inane plots or lame jokes. No, something about that squishy annoyance with the large proboscis filled me with an almost primeval loathing. And now I know why. 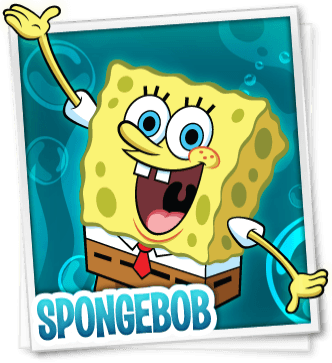 A new study published in Pediatrics has shown that watching a mere nine minutes of SpongeBob's antics causes short-term attention in 4-year-olds, as well as other learning problems. Now, if they had asked me, I could have told them before they damaged all those poor, innocent kids that SpongeBob rots your brain. But then they wouldn't have been able to get all that funding and have something to chat about at parties.

Determining the Impact of TV on Young Children

Sixty children were randomly assigned to watch "SpongeBob", "Caillou", or draw pictures. Then they were given mental function tests, with the SpongeBob kids performing much worse than the others. The children assigned to Caillou were statistically no different than those who were tested while asleep. The children were also tested for self-control and impulsiveness by setting out snacks in front of them and seeing how long they could wait before diving in. The SpongeBob kids waited almost half as less as the other kids. I don't know about you, but if I had just watched dancing seafood for nine minutes, I'd be hungry, too.

According to Dr. Dimitri Christakis, who wrote an editorial accompanying the study, the results should be cautiously interpreted because they only tested a few tykes, but gosh darn if the data didn't look bad for TV. He even felt the study suggested that media exposure is a public health issue. Why, that means the government can get involved and finally do something about all those brightly colored cleaning supplies who sing silly sea shanties to our children!

The fact that none of the children were actually tested before watching TV was apparently irrelevant. None of the children had previously diagnosed attention problems, but they had similar behavior scores on their parent evaluations because parents know this stuff better than doctors. Also, we should disregard that most of the kids were white and from middle-class or wealthy families.

None of that stopped Christakis from stating, "What kids watch matters, it's not just how much they watch." Psychologist Angeline Lillard, the lead author, was more restrained in her opinion, suggesting that perhaps these shows should not be watched on the way to school.

Does Watching SpongeBob SquarePants Give Your Kid ADHD?

Watching one TV show can't make you ADHD anymore than eating one donut can make you fat. I take issue with Christakis' conclusions that nine minutes of one TV program can have lasting adverse affects on developing minds, though I am open to the idea of the actual study's findings that certain programs can have short-term adverse affects. I mean, have you watched SpongeBob SquarePants? Egads! But if we're going to single out frenetic children's programming, then we should also put up against the Censorship Wall every Hollywood movie ever shot with shaky cam. And all the Bourne movies. And maybe anything featuring the cast of Jersey Shore. After all, think of the children.

Warning! Depression is Dangerous! Or Something...
Stick It to ADHD Forgetfulness!
claire
September, 16 2011 at 1:07 am

My kids' yearbook last year had a story about a little girl who learned the Heimlich by watching Spongebob, and saved someone's life in the cafeteria. I wonder if that means we should make all children watch it so they can be prepared in an emergency?? Parenting is important here as well. Too much of any screen is bad for brains and bodies, and it is up to parents to set limits. I think kids that have adhd are naturally attracted to the bright flashing images on the screen, and can hyperfocus on TV or video games more easily than other things. Nevertheless, as a parent, I step in and shut the screen off after an hour and send him out to play. Now if only my adhd husband would stop with the iPhone . . . :-)