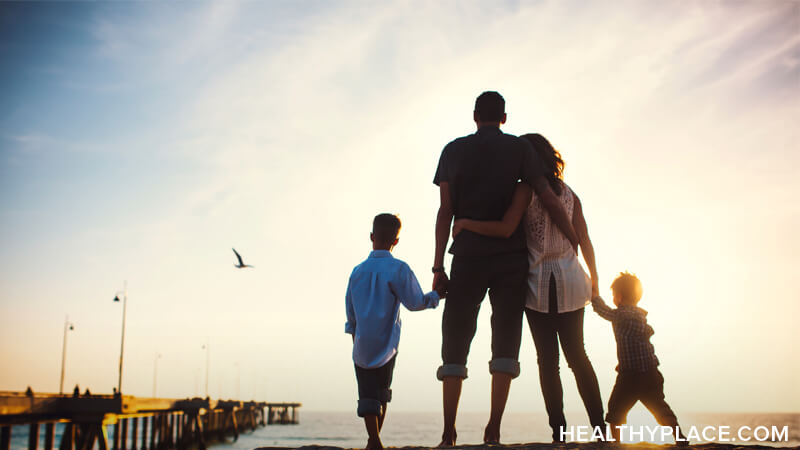 Alcoholism takes a toll on the entire family, from the children of alcoholics to other family members. The impact of alcoholism can be painful and lifelong.

Families where addiction is present are oftentimes painful to live in, which is why those who live with addiction are oftentimes traumatized to varying degrees by the experience. Broad swings, from one end of the emotional, psychological and behavioral spectrum to the other, all too often characterize the addicted family system. Living with addiction can put family members under unusual stress. Normal routines are constantly being interrupted by unexpected or even frightening kinds of events that are part of living with drug use. What is being said often doesn't match up with what family members sense, feel beneath the surface or see right in front of their eyes. The alcoholic or drug addict, as well as family members, may bend, manipulate and deny reality in their attempt to maintain a family order that is gradually slipping away. The entire system becomes absorbed by a problem that is slowly spinning out of control. Little things become big and big things get minimized as pain is denied and slips out sideways.

The Alcoholic Parent's Impact on Children

During early childhood years, this intense emotional environment can set up a fear of feeling or patterns of attachment that are filled with anxiety and ambivalence. In their youth, children of alcoholics or drug dependent parents (COAs) may feel overwhelmed with powerful emotions that they lack the developmental sophistication and family support to process and understand. As a result, they may resort to intense defenses, such as shutting down their own feelings, denying there is a problem, rationalizing, intellectualizing, over-controlling, withdrawing, acting out or self-medicating, as a way to control their inner experience of chaos. The COA may be difficult to identify. They are just as likely to be the president of the class, the captain of the cheerleading squad, or the A student, as they are to act out in negative ways.

Families have a remarkable ability to maintain what family therapists call homeostasis. When alcohol or drugs are introduced into a family system, the family's ability to self regulate is challenged. Family members become subsumed by the disease to such an extent they often lose their sense of normal. Their life becomes about hiding the truth from themselves, their children and their relational world, Their faith in a loving God can be challenged as their family life becomes chaotic, promises are broken and those we depend upon behave in untrustworthy ways. Those in this family may lose their sense of who and what they can depend upon. Because the disease is progressive, family members seamlessly slip into patterns of relating that become increasingly more dysfunctional. The children are often left to fend for themselves and anyone bold enough to confront the obvious disease may be branded as a family traitor. Family members may withdraw into their own private worlds or compete for the little love and attention that is available. In the absence of reliable adults, siblings may become "parentified" and try to provide the care and comfort that is missing for each other.

Such families often become characterized by a kind of emotional and psychological constriction, where no one feels free to express their authentic selves for fear of triggering disaster; their genuine feelings are often hidden under strategies for keeping safe, like pleasing or withdrawing. The family becomes organized around trying to manage the unmanageable disease of addiction, They may yell, withdraw, cajole, harangue, criticize, understand, get fed up, you name it. They become remarkably inventive in trying everything they can come up with to contain the problem and keep the family from blowing up. The alarm bells in this system are constantly on a low hum, causing everyone to feel hyper-vigilant, ready to run for emotional (or physical) shelter or to erect their defenses at the first sign of trouble.

Because family members avoid sharing subjects that might lead to more pain they often wind up avoiding genuine connection with each other. Then when painful feelings build up they may rise to the surface in emotional eruptions or get acted out through impulsive behaviors. These families become systems for manufacturing and perpetuating trauma. Trauma affects the internal world of each person, their relationships and their ability to communicate and be together in a balanced, relaxed and trusting manner.

As the "elephant in the living room" increases in size and force the family has to become ever more vigilant in keeping its strength and power from overwhelming their ever-weakening internal structure. But they are engaged in a losing battle. The guilt and shame that family members feel at the erratic behavior within their walls, along with the psychological defenses against seeing the truth, all too often keep this family from getting help. The development of the individuals within the family, as well as the development of the family as a resilient unit that can adjust to the many natural shifts and changes that any family moves through, becomes impaired. Initially, addicts may feel they have found a way to manage a pain-filled inner world.

Unfortunately, in the long run, they create one. Chronic tension, confusion, and unpredictable behavior are typical of addictive environments and create trauma symptoms. Individuals in such situations may become traumatized by the experience of living with addiction. One of the results of being traumatized is to withdraw from authentic connection with others which can affect comfort and participation in a spiritual community. Contact with a spiritual community, however, can be a tremendous buffer against isolation and can support young people and help them to sustain their faith in God and in life. Their spiritual life can be fostered and guarded through being a part of faith-based programs and activities, and their sense of feeling normal can be protected by engaging in the kinds of activities that preserve a sense of normalcy in their lives.

Talking about and processing pain is an important deterrent as far as developing posttraumatic symptoms that show up later in life. Intense emotions such as sadness, that are an inevitable part of processing pain, can make family members feel like they're "falling apart" and consequently they may resist experiencing the pain they are in. And the problems in an alcoholic family system are perpetual. For the child in an alcoholic system, there may be nowhere to run, as those they would normally turn to are steeped in the problem themselves. Seeing the problem for what it often alienates them from other family members.

The Effect of Untreated Addiction on the Family

If addiction remains untreated, dysfunctional coping strategies become very embedded in the general behavior of the family. Family members may find themselves in a confusing and painful bind, e.g., wanting to flee from or get angry at those very people who represent home and hearth. If this highly stressful relational environment persists over time, it can produce cumulative trauma. Trauma can affect both the mind and the body. Intense stress can lead to deregulation in the bodies limbic system or that system that helps us to regulate our emotions and our bodily functions. Because the limbic system governs such fundamental functions as mood, emotional tone, appetite, and sleep cycles, when it becomes deregulated it can affect us in far-ranging ways. Problems in regulating our emotional inner world can manifest as an impaired ability to regulate levels of fear, anger, and sadness. This lack of ability to regulate mood may lead to chronic anxiety or depression. Or, it can emerge as substance or behavioral disorders, for example, problems in regulating alcohol, eating, sexual or spending habits.

It is no wonder that families such as these produce a range of symptoms in their members that can lead to problems both in the present and later in life. Children from these families may find themselves moving into adult roles carrying huge burdens that they don't know exactly what to do with and that gets them into trouble in their relationships and/or work lives. This is why PTSD can occur; it is a posttraumatic reaction in which symptoms related to being a COA emerge in adulthood, or in the ACOA. The traumatized child lives in frozen silence until, finally, the frozen feelings of the child emerge in adult actions and words. But it is the wounded child still searching for a place to put their unprocessed, unspoken pain.

(Adapted from The Process Study Guide, with permission of the author,
for Congregational Leadership Training, Detroit, MI - 1/24/06)

About the author: Tian Dayton M.A. Ph.D. TEP is the author of The Living Stage: A Step by Step Guide to Psychodrama, Sociometry and Experiential Group Therapy and the bestseller Forgiving and Moving On, Trauma and Addiction as well as twelve other titles. Dr. Dayton spent eight years at New York University as a faculty member of the Drama Therapy Department. She is a fellow of the American Society of Psychodrama, Sociometry and Group Psycho ¬therapy (ASGPP), winner of their scholar's award, executive editor of the psychodrama academic journal, and sits on the professional standards committee. She is currently the Director of The New York Psychodrama Training Institute at Caron New York and in private practice in New York City. Dr. Dayton has masters in educational psychology, a Ph.D. in clinical psychology and is a board-certified trainer in psychodrama.

APA Reference
Staff, H. (2021, December 16). What Happens to the Family When Addiction Becomes Part of It?, HealthyPlace. Retrieved on 2022, December 1 from https://www.healthyplace.com/addictions/family-impact/impact-addiction-on-family 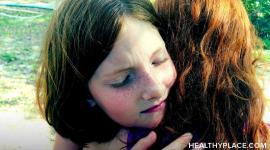 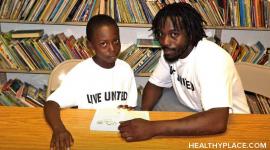 What Happens When ACOAs Have Their Own Families? 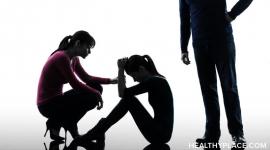 The Impact of Drug and Alcohol Abuse on Families 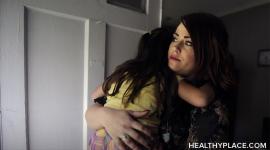 The Effect of Familial Trauma on Children

Opioids and Alcohol: A Dangerous Combination

Why Some People Can't Stay Offline