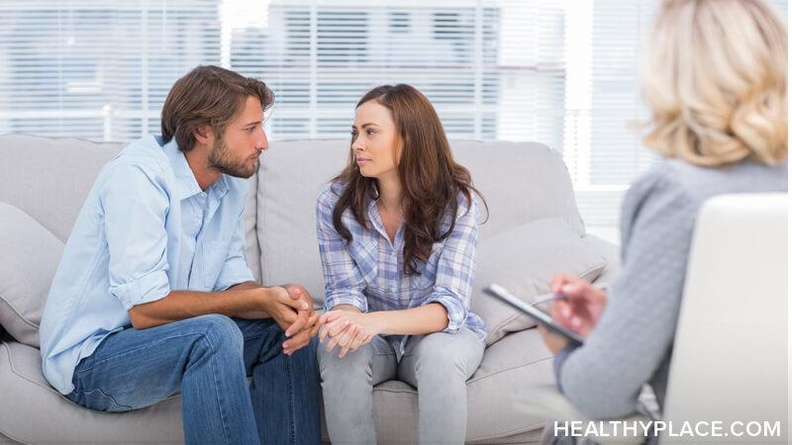 When there are sex problems, there are psychological issues involved. That's where a good sex therapist can help.

Bob became increasingly embarrassed as he talked about his problem with premature ejaculation. He claimed that can only 'last' for two minutes and felt that he was not much of a man. His 'problem' has kept him from dating.

Sally was beside herself with fear as she harshly castigated herself for not being able to achieve orgasm. She feared she would lose her husband because of her 'condition.'

Physiological factors. Some of the more common non-psychological precipitants of sexual dysfunction include hormonal imbalance, medications, neurological impairment, substance abuse (even nicotine dependence can cause erectile dysfunction), alcohol dependency, physiological disorders, and even vitamin deficiency. Certain illnesses and medications can have side effects that affect sexual functioning including impotence and increased or decreased libido.

Many people prefer to think of only a medical approach to sexual dysfunction since it is more acceptable to one's self-image to believe that there is an organic basis for the dysfunction. Even in those instances when there is a recognizable medical condition affecting sexual functioning, the psychological component cannot be overlooked. We all have varying psychological reactions to physical illness or impairment. This psychological reaction can exacerbate the physical problem. This is especially true for infertility problems. Most people who have difficulty conceiving a child choose to investigate the medical aspects to the exclusion of the psychological aspects. Yet we all know of many cases where a couple after years of frequenting the fertility clinics to no avail, finally decide to adopt a child only to conceive a few months afterward. This can suggest that psychological factors were at play.

The following are the most common forms of sexual dysfunction. They are all treatable with a high probability of success.

For the most part, premature ejaculation most often occurs as a function of a learned response. Early sexual experiences were often hurried in nature. Even masturbatory activity had to be hurried for fear of being caught. From youth onward men have trained themselves to be more concerned with the end result and their own pleasure rather than with the sexual process and their partner. The object of sex for most of these men, was and often continues to be, ejaculating as quickly as possible. This rapid ejaculating pattern can easily become a way of life after even only a few episodes. It then begins to create a pattern of anxiety in the male each time he engages in coitus thus increasing the probability of it occurring. Fearful of displeasing their partner and feeling inadequate as a function of it, men often would rather avoid sex rather than experience the humiliation and discomfort.

Primary & Secondary Erectile Dysfunction. Primary erectile dysfunction refers to a man who has never been able to maintain an erection for purposes of intercourse either with a female or a male, vaginally or rectally. In secondary impotence, a man cannot maintain or perhaps even get an erection but has succeeded at having either vaginal or rectal intercourse at least one time in his life. The occasional failure to get an erection is not to be confused with secondary impotence. Familial, societal, and intrapsychic factors contribute to primary impotence. Some of the more common influences are (1) performance anxiety, (2) a seductive relationship with a mother, (3) religious beliefs in sex as a sin, (4) traumatic initial failure, (5) anger toward women, and (6) fear of impregnating a woman.

Vaginismus. This relatively rare sexual disorder is characterized by a conditioned spasm of the vaginal entrance. The vagina involuntarily closes down tight whenever entry is attempted, precluding sexual intercourse. Otherwise, vaginismic women are often sexually responsive and orgastic with clitoral stimulation. Similar attitudes to those found in impotent males are often found in these women. Religious taboos, physical assault, repressed or controlled anger, and a history of painful intercourse all contribute to this dysfunction.

As with sexual dysfunctions in men, the female dysfunctions also have to be understood from a social, familial and psychological perspective. Attitudes, values, childhood experiences, adult trauma, all contribute to the sexual response in women. The attitudes and values of her partners, as well as their sexual technique, play a major role in the sexual response as well. An inept or mysogynistic lover can significantly affect the female response. Since a woman often does not want to "damage the male ego," she will try to accommodate her responsiveness to him often sacrificing her satisfaction in the process. She then builds up a secondary inhibition to sexual arousal in order to avoid the frustration accompanying an unsatisfying sexual experience. This inhibition or accommodation then becomes a habituated conditioned response.

Inhibited sexual desire. As indicated above, inhibited sexual desire is almost always caused by psychological factors (some medications cause a reduction in sexual desire). Since women in our society are often more concerned with intimately connecting to their partner (as compared to men who are more often phallocentric and more concerned with orgasm), women become more sensitive to the psychological climate. When women feel that they are being used, exploited, misunderstood, rejected, unappreciated, and unattractive, their sexual desire will often be affected. Unexpressed anger and hurt can lead to depression, which affects desire. Sometimes these emotions are expressed in passive-aggressive ways, sexual withdrawal being one manifestation. Sexuality, especially for women, is more than a form of pleasure and release; it is a form of communication.

Sex therapy provides information and counseling on all aspects of human sexuality, including enhancing sexual pleasure, improving sexual technique, and learning about contraception and venereal diseases. Sex therapy is used in the treatment of all of the dysfunctions discussed earlier. In many cases treatment is relatively short, requiring specific techniques, homework, and practice. In some cases, the underlying issues are more complicated. They may require an exploration into historical and psychological factors, both conscious and unconscious, that are contributing to the dysfunction. However, there is a very high probability of success, even in those cases, if people are motivated, cooperative, and willing to learn.

Unfortunately, most people would rather live with sexual dysfunction and a less than satisfying sex life than seek help. The embarrassment they feel in discussing their sex life with a professional is too great. There are others who have adjusted to their sex life and despite the fact that their spouse might be unhappy, they refuse to seek help. When these people hear that their spouse is unhappy about their sex life, they experience it as a criticism, become defensive, and often become either hurt or angry, rather than open themselves up to exploration with a sex therapist.

Many People Have Sex Problems. Here's How to Treat Them 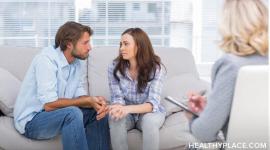 How Sex Problems Can Destroy A Relationship

Guidelines for Diagnosis and Treatment of Sexual Dysfunction

Causes of Sexual Problems in Women

Disabled? Discovering Your Sexual Self

How Do You Know When You're Ready for Sex?