The Darker Side of Sexual Fantasies

Renaud gave students a list of 56 sexual actions, from "Kissing an authority figure" to "Spanking someone," asking how often they thought about each and whether it was in a positive or negative light. While subjects reported having more pleasant fantasies than unpleasant, they had also thought about many scenarios on the list in positive and negative ways, "even items reflecting romance--the most commonly reported positive sexual thoughts--and those reflecting sexual embarrassment--the most commonly reported negative thoughts," says Renaud. A fantasy can connote different things, depending on when you have it, and may incorporate both positive and negative elements, she notes; for example, you might imagine having sex outdoors, which is a turn-on, but with your math professor, a turn-off.

Past research has suggested that frequent intrusive sexual thoughts are associated with obsessive behavior, and that violent fantasies may lead to coercive sexual acts. Still, says Renaud, her study shows that disturbing sexual thoughts are regular occurrences for most people. So while bondage may be painful, thinking about it never hurt anyone. 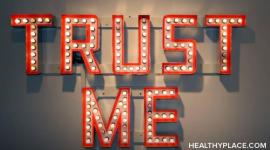 Rohypnol as a Date Rape Drug