7) Honesty With Yourself & Others

Dishonesty is a major contributor to allot of unhappiness and problems. Do this experiment and you'll see what I mean. Next time you sit down to watch your favorite sitcom, movie or drama series on television, notice how many of the problems are caused by someone being dishonest. Whether it's a lie of omission, a little lie, a big lie, doesn't matter. Just look for the lie and watch what results from it. I was amazed when I did this myself. I'm starting to think dramas wouldn't be possible if there were no lies.

I had always thought myself to be a fairly honest person, and by society's standards I was. But what society considers honest and what true honesty really is, are two separate things. We've been systematically taught in our culture to make lying a part of our lives. We lie so often that we don't even notice it anymore.

Honesty is telling "the truth, the whole truth, and nothing but the truth." Society's definition of the truth telling is to tell the truth ONLY...

I'm not talking about the big lies, but more about the consistent, persistent "lies of omission" and "white lies" we tell people almost everyday. For me, I didn't even consider these small untruths to be lies until I experienced the exact opposite.


Up until about five years ago, I had always considered myself a fairly honesty person. Then I attended a month-long program where total honesty was a major intention for the class. It was kinda like we were experimenting on what it would be like to live in a world where you said everything you thought and felt. This included what you thought about the program, the teacher, and the other students. It was a mind blowing experience. I hadn't realized how much I had been holding back. It was a wonderful and absolutely terrifying experience.

Terrifying? Yes. When you are honest with someone they get to see all of you, including the parts of yourself you wish were not there. The judgmental parts, the catty parts, the criticizing and untrusting parts of yourself. But you know what, even those people I thought I was being mean to, came to be some of my closest friends. I don't think that's a coincidence.

As a person who has lived in both worlds (the land of lies and the land of speaking your truth), I'm here to tell you they are very different worlds. If you're like me, most of your lies aren't big and blatant but lies of omission. Not saying what you really think and feel. You wouldn't think getting rid of these lies would make much difference, but it really does.

I'm not talking about using honesty as an excuse for being abusive to others. Your intention behind your honest will guide you in determining what you say and to whom you say it. If my intention is to have a close relationship, I will be considerably more honest with that person than I would, say, the checkout girl at the grocery store.

What would be the purpose of sharing what I'm really thinking and feeling with the checkout girl? What would be my intention? She wouldn't understand why I was sharing with her and we would have no time to talk about it. But, in the case of a close friend or spouse, there is no reason NOT to be totally revealing. And if I want to have intimacy (that's the intention) then honesty must rule in the relationship.

"It is necessary to the happiness of man that he be mentally faithful to himself."

next: 8 Ways To Happiness: Perspective 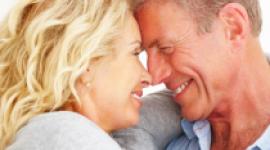 How To Improve Your Relationships
8 Ways To Happiness: Perspective 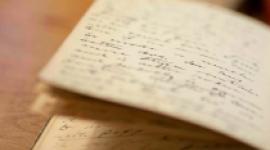 Dialogue With God On Money

Are You Being Authentic in Your Relationship?