A guide to the treatments and medications for OCD

Learn to recognize obsessive thoughts and compulsive urges - and do so assertively. Start calling them "obsessions" and "compulsions." Realize they are symptoms of your illness and not REAL problems. For example, if your hands feel dirty or contaminated, train yourself to say "I don't really think my hands are dirty; I'm having an obsession that they are. I don't really need to wash my hands; I'm having a compulsion to do so." After a while the brain learns to realize that these are just false alarms - false messages caused by the imbalance. You can't make the thoughts and urges go away because they are caused by this biological imbalance, but you can control and change your behavior response.

"It's not me, it's my OCD." Learn to reattribute the cause of these thoughts and urges to their real cause. This will increase your willpower and enable you to fight off the urge to wash or check.

This is where the real hard work is done. Learn to refocus your mind on something else. Choose something pleasant like a hobby - listen to music, play sport, go for a walk, whatever it takes to make your mind think of something other than the obsessions and compulsions that it WANTS to think about. Say to yourself, "I'm experiencing a symptom of OCD. I must refocus and do another behavior." This is not easy, and a person should adopt a FIFTEEN MINUTE RULE. They should delay their response by letting some time elapse, preferably fifteen minutes, but a shorter waiting time at first.

During this time they should re-check through all the steps. Be aware that the intrusive thoughts and urges are a result of OCD and that this is an illness, a biochemical imbalance in the brain. Try to focus on something else. After the fifteen minutes, reassess the urges. Take note of any change in their intensity and this will give the person courage to wait longer next time. The longer it's left the greater the decrease in intensity.

Begin to realize that these thoughts and urges are a result of OCD, and learn to place less importance on them and less importance on the OCD. Learn to take back control, take charge. In the short term, feelings can't be changed but behavior can be, and in time the feelings change too. Dr Schwartz, in his conclusion, says, "We who have OCD must learn to train our minds not to take intruding feelings at face value. We must learn that these feelings mislead us. In a gradual but tempered way, we must change our responses to the feelings and resist them." 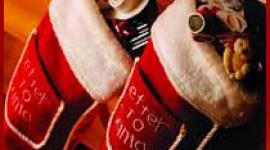