Losing My Identity After My Diagnosis of Bipolar 2 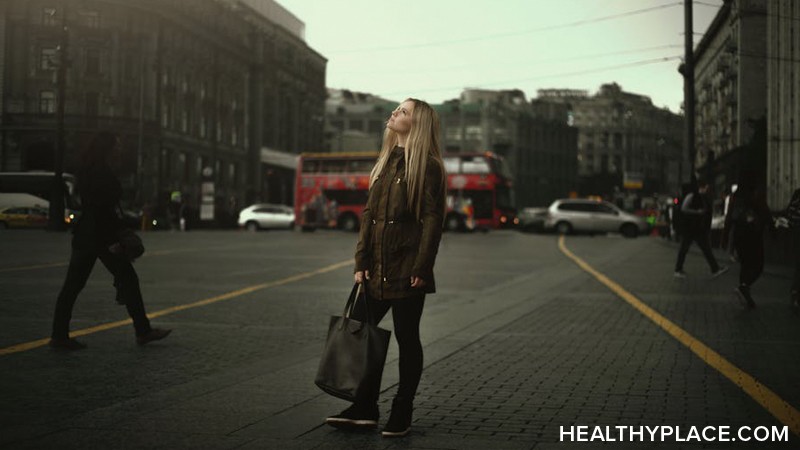 Losing my identity after my diagnosis of bipolar 2 was one of the biggest challenges I faced after leaving the mental hospital. I think people have this idea that when I walked out of the hospital, I had an epiphany. As I felt the warm air and sunlight, I would be awakened and healed. However, it was the opposite. Instead, I saw an empty country road surrounded by tobacco fields, and the quiet setting made the question in my head louder, who am I now?

Don't get me wrong, I was grateful for my experience, but the most nerve-wracking part about the mental hospital was leaving it.

Who Am I? Regaining My Identity

While I was in the mental hospital, the qualities that made up my personality were questioned by doctors. The impulsive behavior and extreme mood swings were understandably concerning. However, every characteristic that shaped my identity, such as my sense of humor, was picked apart and deemed destructive. It was like someone put a vacuum up to my face and sucked out my character.

A year after my diagnosis of bipolar 2, there was one significant step that put me on the path towards finding myself. This move was getting a job and stepping out of my comfort zone. I observed people's reaction to me. I saw that I was able to connect and communicate with people on an emotional level. The aspects of my personality that I enjoyed, before my diagnosis, were what attracted people to me. I realized that bipolar disorder does not define me, and I could not let it dictate my life. Who I am is separate from what I have.

The Stigma Prevented Me from Being a Genuine Person

The stigma of mental illness caused me to keep quiet about my diagnosis of bipolar 2 and prevented me from being a genuine person. When I came home from the hospital, I swept my bipolar 2 diagnosis under the rug and had no intention of coming forward. In some ways, it helped me, but as time went on, hiding this information from friends and family became a major challenge.

When my friends and I reconnected, they were curious about what my life was like before coming home. Bipolar stigma prevented me from being honest about my past. I feared that they would judge me and I didn't want it to consume my identity.

I would hide my medication and pretend I was physically ill during depressive episodes. The stigma persuades us to believe that a mental health condition means you are no longer an individual.

I wanted to regain my identity before revealing this personal part of my life. It was not until I got involved in the mental health community that I saw the impact of stigma. It took a couple of years after my diagnosis of bipolar 2 to come forward, but timing is everything. I was confident, and shame no longer prevented me from being a genuine person and living an honest life.

What was a major challenge you faced after receiving a diagnosis of bipolar disorder? Please share your comments below or do a response video and send it into info@ healthyplace.com.

APA Reference
Blum, H. (2017, June 13). Losing My Identity After My Diagnosis of Bipolar 2, HealthyPlace. Retrieved on 2023, January 27 from https://www.healthyplace.com/living-with-bipolar-blog/losing-my-identity-after-my-diagnosis-of-bipolar-2