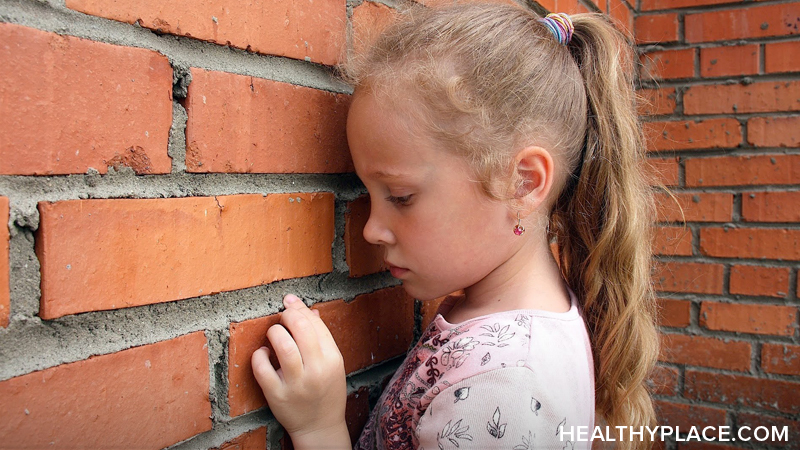 A Picture of a Depressed Child

In major depression, a child with no other psychiatric problems suddenly becomes depressed, sometimes for little or no reason. Sometimes their sleep is disturbed. They are not hungry, have no energy, are afraid of all sorts of things, think life is hopeless, can not concentrate at all, are less social and are very irritable.

Examples of Clinical Depression in Children

Sara is 5. She has been in preschool all fall and overall, she enjoys it and does fairly well. After Thanksgiving, she seemed to become less and less excited about pre-school. She thought the others were bugging her. She didn't want to go some days, but her parents made her. At home, it was the same. Nothing was right. When bedtime came, she couldn't sleep and wanted to sleep with her mom. She lost interest in playing with her cousin. She didn't get even get that excited about Christmas. She started telling her parents, "You don't like me". When they took her out to McDonalds, she liked it, but she was never enthusiastic like she used to be. Her mother would notice her sitting in a chair with a horrible look on her face doing nothing.

Ryan is 11. He is in 4th grade and has always been an average student. Of their three children, he gave his parents the least cause for concern until these last few months. It started with him calling home from school to talk with his mom or dad. He just wanted to tell them what was going on. It was never good. He was worrying about passing, even though he was doing fine. Then he started saying that he just couldn't do the work. When his parents would ask why, he would just get mad and tell them they didn't understand. He refused to play hockey in the winter. He wouldn't go hunting with his Dad. The only thing he did was go to scouts and watch TV. So his parents decided to start restricting the TV. Ryan told them that if he couldn't watch TV, he might as well just die. They didn't take it seriously. He was sleeping all day, eating constantly and failing in school. His friends no longer came around. One day his father went to use the bathroom and didn't realize Ryan was in there. He wasn't using the toilet. He had a bunch of pills poured out on the sink.

Tessa is 15. When she was 13, her parents remembered her being a little irritable and to herself, but it was nothing like it is now. Whenever they say anything to her, she returns it with some nasty comment. It is very hard to live with. Tessa has stopped going out very much. She sits in her room with the door locked and listens to music. Sometimes she slams things around in there. Before, Tessa would usually be asleep by 10:30 at the latest. Now she is up later than her parents. Sometimes her mother will come in and ask her if something is bothering her. "What's bothering me?" "Do you really want to know?" Yes, her mother did. So Tessa told her. Tessa felt she was the dumbest, ugliest, most useless piece of crap that God had ever made. She hated herself, her family, and her friends. She told her mother she just wished she could die and then starting crying for about an hour while her mother held her.

This is a milder depression that goes on for years at a time. Children and adolescents with Dysthymia often have been depressed so long that they can not recall what not being depressed is like. People think it is part of their personality. Typically they are irritable, hard to please, unhappy with nearly everything and very trying to be around. They tend to have fewer problems with sleep and appetite than children with major depression. To have this disorder you must be depressed or irritable for at least a year straight with at least two of the following:

Children with dysthymia often can still enjoy some activities. Children with dysthymia are at a very high risk to get MDD. Over 70% of dysthymic children will get severely depressed, and 12% will get manic depressive disorder. Rather than recover, they often go back to their dysthymic selves. A long episode of Dysthymia will mess up a child's life far more than a brief episode of severe depression.

Examples of Dysthymia in Children

Lynn's parents didn't really notice anything unusual about her until they had another child when Lynn was 2 years old. Now Lynn is 5 and Andrew is 3. Andrew gets excited about stuff. He is enthusiastic about life. He is happy when he can do something new and he is excited to tell everyone. Lynn, on the other hand, never gets that excited about anything. If everything is going exactly her way, she is happy. the rest of the time, which is mostly, she is upset at someone or something for ruining her day. Most things seem to be an effort for her. She would spend endless hours watching TV if her mother let her. When Andrew watches TV, he is sometimes interested or bored or scared. Lynn is just vacant. Lynn is the same way with other children. Her parents hate to compare, but Lynn is a hard child to love. She is so hard to please and so rarely upbeat about anything.

Daryl is 9. He spends a fair amount of time thinking about the good old days. For him, this was when he was in grade primary and grade 1. Then life was fun. School was easy, there was nothing to worry about and he was happy. He goes for walks and wishes he was in grade 1 again. Now life is not to good. School is hard for him. Many days he tells the teacher that he just can't do the work. His teacher encourages him to try and lots of time he can, but he is very tense the whole time. One night out of the blue he asked his mom what it was like to be 35 years old. She said it was pretty good. Daryl couldn't imagine living that long. "You know, mom, I don't think I can live that long. Life is so hard and there is so much work." His mother was so stunned she forgot to remind him to eat his dinner.

Yvette is 16. She saw a school counselor and the counselor asked how long she had been feeling blue. Yvette looked at the calendar. "Only 16 years, 4 months, and 14 days", she said. Yvette could never remember feeling happy for more than a few days at a time in her whole life. Not that you would usually notice it. At school she did her work, had some friends, and participated in the church youth group. She tried very hard to make her face look like the others. At home, she let down her guard. She was usually exhausted. She could come home from school and sleep two hours and go to bed at 9:30 and sleep all night. If her parents let her, she would just sit in her room and read to try and not think about everything. The main thing she thought about was what could she do to make herself really happy? She had decided that if she could just find the right guy, maybe she would be happy. Sure, she thought, but who would want a dirtball like me?

Many children with dysthymia will go on to develop episodes of major depressive disorder. When they do, their episodes of depression plus dysthymia are more serious. The illness lasts longer, is more severe, they are more disabled, and these children more likely to kill themselves.

Example of Double Depression in Children

Martin is now 14. About the time he started school, he became a little more irritable and not quite as easy of a child as he had been before then. At about age 10, he worsened just a little more. It took more push on his parents part to get him to go do stuff. He almost always had trouble sleeping and was quite irritable most days. Sometimes he would have a few good days back to back. One time, his mom decided that she was going to enjoy this good day herself. She pulled Martin out of school for the day and they went and did all sorts of fun things. She is so glad she did that. Now there are almost no good days. His self esteem has gone right down the tubes. He is losing weight. He can't sleep. He is doing worse and worse in school because he can't concentrate..

Martin first had a few symptoms of depression, but not even dysthymia. Then he developed dysthymia. Now he has full Major Depressive Disorder.

Example of Psychotic Depression in Children

Shelly is 14. Since Christmas, she has not been herself. She knows she is no good. She tells her parents that everyone hates her and says bad things about her. They call her all sorts of obscene things and she doesn't want to go to school anymore. She wants to just get away from them forever. At home she just eats, sleeps, listens to music and occasionally irritates her sister. So her mom decided to go to school and see what was going on. Amazingly, no one had noticed any teasing, but they had noticed that Shelly was much more withdrawn and inattentive in school. The next day she was able to get Shelly to come with her and go shopping. As they went in mall, Shelly was telling her mom, "Do you see what I mean? Listen to those two girls over there." Shelly couldn't stand it more than a few minutes. She pointed out to her mother a couple groups of kids who were saying bad things about her and talking behind her back. She noticed that they had scratched "Shelly sucks" on the window. Shelly's mom did not see or hear any of this. Shelly's mom saw something far worse. She saw that her daughter was very, very ill.

Comorbidity means that certain disorders occur more often together than one would expect by chance. For example, diabeties and obesity. The concept of comorbidity is very important in psychiatry. It is very common that a person with depression will also have another childhood neuropsychiatric disorder.

It has become clear in the last few years that some children have depression only in one season, usually winter. It starts to worsen in late October and reaches its peak in January. By March things are usually on the mend. This can be extremely disabling, as this is usually when the hardest school work is.

Approximately 3-4% of school-age children have SAD disorder. There are many studies to show that light boxes can help adults with this condition. There are also studies in which this technique is used in children. This usually means sitting in front of a specially made light box and doing something for about 30 minutes five times a week. These boxes are not hard to make or purchase. Unfortunately, children are sometimes not compliant with them. Another technique is a dawn simulator, which is a light which gets steadily brighter, mimicking a spring or summer morning.

APA Reference
Tracy, N. (2012, January 4). What Does A Depressed Child Look Like?, HealthyPlace. Retrieved on 2021, January 17 from https://www.healthyplace.com/depression/children/what-does-a-depressed-child-look-like 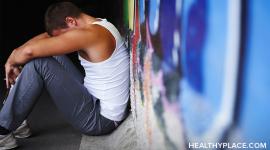 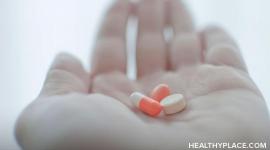 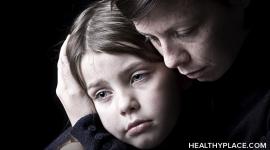 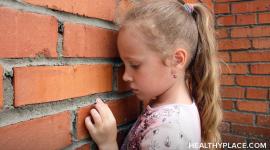 What are the Components of Mental Wellbeing?