Internalized Stigma and How It Played Out in My Life 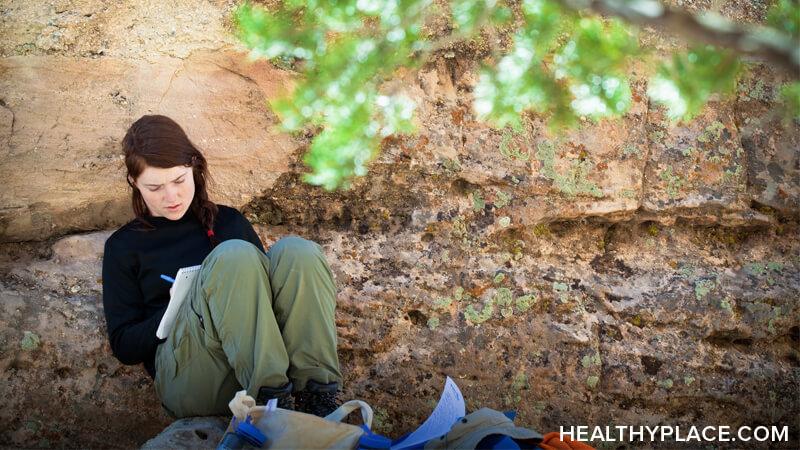 Internalized stigma caused me to keep my schizophrenia diagnosis a secret for almost 20 years after my first psychotic episode. I didn't tell friends or share the information with my in-laws when I married. Looking back on that time, it was as if I never let anyone besides my husband get close to me. I didn't realize that I created a bubble of authenticity that only my husband and I inhabited. I put on a face and front for everyone else. Sometimes I wanted to tell people and was close to opening up but remained closed-lipped.

Internalized Stigma Was the Fear that Kept Me Silent

I stayed quiet about my diagnosis because I feared losing people, being judged, and having people think that any argument or difficulty I had was a symptom of my mental illness. By that, I mean often, when people know a person has a mental illness, they think any time the person gets their feelings hurt or points out a problem, it is due to the person's disease, not something they might have done or a legitimate feeling or thought the person might have about something. I wanted people to treat me as if my opinions, thoughts, and emotions were valid and not a symptom.

The Cause of Internalized Stigma

All the horror films I saw that involved characters with mental illness and the news broadcasters I heard speculate about mental illness every time a mass shooting occurred, contributed to how I viewed schizophrenia. These negative and scary portrayals made me feel that schizophrenia was somehow wrong or bad. I knew that many people, like me, didn't have personal experience with the illness (before I was diagnosed with it) and only had the media representation to formulate their opinion. Even if people don't believe everything they see and hear, these characterizations and assumptions can still create misunderstandings about what schizophrenia looks like in different people.

Along with the negative view of schizophrenia in the media, there were jokes about people hearing voices. The speaker at a conference stood up at Christmas time in front of 100s of people and said that the song that people with schizophrenia love during the holidays is "Do you Hear What I Hear?" Having my illness as a punchline where many people laughed made me feel like an outsider and that I was defective. This event, in turn, made me more reluctant to share my diagnosis.

All these things combined frightened me away from disclosing that I had schizophrenia. I didn't want to be the monster, the punchline, or the possible mass shooter. I wanted people to notice my kindness, successes, sense of humor, etc., and not think everything about me is related to an illness I didn't ask for and didn't do anything wrong to get.

Changing the Messaging About Schizophrenia

Thankfully it is now common to see people open up about severe mental illness in public places like social media. Everyone who writes about their experience helps us rise above the stereotypes, especially considering all our experiences are unique. I have to wonder if social media was around when I had my first episode, if I might have come out and talked about life with mental illness a lot sooner.

APA Reference
Chamaa, R. (2022, October 19). Internalized Stigma and How It Played Out in My Life, HealthyPlace. Retrieved on 2023, January 30 from https://www.healthyplace.com/blogs/creativeschizophrenia/2022/10/internalized-stigma-and-how-it-played-out-in-my-life

A Physical Illness Made Me Realize How Much I Want to Live
How This Schizoaffective Gets Herself to Shower
greawitch@yahoo.com
October, 21 2022 at 2:07 pm

Our society’s culture is very bully like think of the word bad**s another name d for a bully. But being a bully or bad**s is considered cool. I wouldn’t confide in our mean society something like that. It’s like saying hey bullies here I am another victim for u.

Thank you for your comment. I agree; some people can be mean. I have found that most people are curious, kind, and supportive. I know my experience isn't the same as everyone else's. Hopefully, with more people writing/talking about mental illness, we will have more understanding and fewer stereotypes and stigmas.