10 Things People With PTSD Want You to Understand 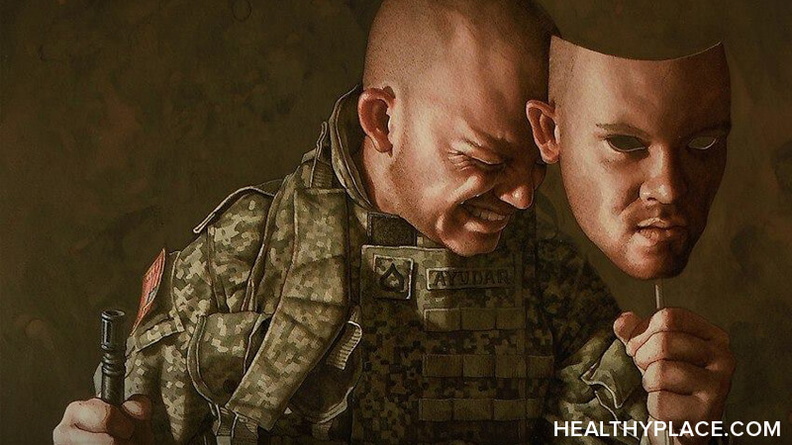 Posttraumatic stress disorder (PTSD) is a complex disorder that can be hard to understand if you haven't experienced it first-hand, so there are things that people with PTSD want you to know. Even those of us who suffer from it sometimes have difficulty explaining it to others. We don't all have the same PTSD symptoms, and we don't all respond to the same kinds of PTSD treatment. However, while there can be a lot of differences in the way people with PTSD respond to past traumas and to their recovery, there is one thing that I think most of us can agree on: we wish others could better understand PTSD and the feelings and behaviors that come with it. Here are 10 things that people with PTSD want you to understand.

What People with PTSD Want You to Understand about PTSD

I'm sure that those of you out there with PTSD can think of many more things that you would like others to understand about PTSD and the effects it has on you. I would love for you to share some of your ideas in the comments below.

PTSD Treatment: My Experience With EMDR Therapy
Grounding Techniques For High Anxiety in PTSD Recovery
Nemo
May, 24 2019 at 3:33 pm

Great Start! Please add...
...If I need to suddenly leave or be alone, don't block, delay or pursue me – let me be. We can talk later.
...Maintain a sense of well-intention and well-being, not adversarial, accusatory, judgmental, provoking, etc.
...Don't be aggressive, threaten me or my personal space, make a confrontation, attack, back me into a corner or accuse me – you will only trigger uncontrollable, completely negative symptomatic reaction; not from me, it's the PTSD.
...Commit to diplomacy and keeping decorum in all your dealings with us (actually, something everyone should practice toward everybody).

I suffer from PTSD and its a pain when people don't understand or think that this is something we can just turn off. I suffered terrible abuse as a child and am now reliving it everyday in my head over and over asking many questons to my self as to why this happened. All I can say to anyone going threw this is that not to let it control your life and to look to friends and family for support. I do not talk about my ordeal maybe I should but ime just not ready. I have so much anger so much pain it hurts everyday what gets me threw is my family and my son. so to rap it up don't let whats happened in the past dictate what will happen in the future as this will ruin your life.

I think I need to print this list out for my self and others that know me and don't understand ! I blame myself for not being able to have control over it , which is crazy thinking ! Thank you for a great article !

Thanks for sharing this post, i'm currently researching PTSD for my writing and this has been eye opening. A really interesting read!

And we are not just trying to "get attention" dealing with this. It may not seem real to you but believe me, to us it is very real. And quite scary at times. As the author stated, we don't always know what's going to set us off. We really try to prevent episodes. but sometimes we really just can't. A flashback can come without warning and there are no tricks to helping that.

Excellent article.
I am a Vietnam Vet and work with people who have had major trauma in their lives.
Thank you.

You're so welcome! Thank you for the work you do!
~Jami

Nice list that explains for those that don't know.