There is a scene in No Country for Old Men in which an old man, a wizened retired law man, is reflecting on the troubles facing the world in which he lives. Lamenting these intractable and persistent problems, he says “This country is hard on people.” A more concise and prescient epidemiological statement could scarcely be made. 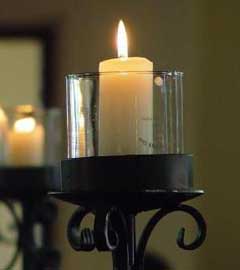 Since the tragedy at Sandy Hook, there has been much debate about the causes of horrific violence. As is often the case when we are bewildered beyond comprehension, we search for singular explanations, I suppose because they are comforting in their singularity. Availability of military style assault weapons with large capacity magazines, the NRA itself, a failing mental health system, and even those of us with mental health issues have all been targeted. It would be nice if it were that simple. If anything is clear at all, it is that violence is over-determined in its causation. That is, it is the result of a great many factors colliding all at once in space and time, by which I mean this country of America in particular.

Volcanologists tell us that there are warnings prior to an eruption. There are tremors and gasses and, perhaps analogous to this essay, a swelling “dome” of earth and rock in the center of the volcano. In this psychologist’s humble opinion, the eruption warnings have been in our view for some time now. The angry dome consists of global conflict, economic instability, widening gaps between wealthy and poor, intense levels of stress at home and work, harsh and shrill communication patterns in polarized groups, unbridled aggression in full bloom in all media, abject dissolution and corruption among our leaders of every stripe, easily available means of retribution, inadequate or absent systems of support, and much more I am certain. Reasonably healthy individuals are challenged to maintain psychic equilibrium when confronted with this kind of reality. Further, the vulnerable among us are likely to collapse under such psychological strain. An easily available method, like violence, which can rapidly restore an internal rubric of balance, no matter how distorted it may be, can be very appealing. The vulnerable, especially the young, are the canaries in the coal mine, and they are telling us there is something seriously wrong with our world.

Yes, this country is too hard on people. If we hope to address this multifaceted societal ill, we simply must have richer conversations about cultural dis-ease, and set about building consensus and problem solving. More violent eruptions will occur if we fail.

Your comments and observations are welcomed below.

This article was written by Dr. Lee Keyes, a counseling psychologist and the Executive Director of the Counseling Center at the University of Alabama. He is a past president of the Alabama Psychological Association and is on the Board of Directors of the International Association of Counseling Services, Inc. Dr. Keye's full bio is available here. He is also author of the College Mental Health Blog.

Have to agree with you :( The vulnerable and the children of our society are definitely telling us something is wrong in our world.

In each assault - Columbine, Virginia Tech, Aurora, Sandy Hook and others - there was never surprise that the shooter did such a thing. Someone in each of those settings was aware of that shooter's ability to hurt people, yet nothing was done.
It only takes one person to prevent a tragedy.

You are absolutely correct. It is almost always the case that bystanders know about very concerning behavior prior to an eruption. “If you see something, say something” is a rough equivalent of CPR for the potentially violent. Unfortunately, the steps after that often become confusing and difficult, due to problems with mental health care availability and prohibitive statutes in many jurisdictions. In many locations, for example, there is not any way of ensuring a 72-hour observation of a concerning individual. There are so many root problems we need to address in this area.

I come completely to agreement with you when you ascertain the multidimensional nature of human aggression but the innate route to horrific violence is more than deteriorating psych-social current conditions that determinate manifest and latent agressive behaviour. Indeed the aggressive impulses derive from aggressive drive that overwhelming whole psychologic statement of everyone, which one exhibits in different way to anyone.

And in the midst of this chaos and disillusion, our tender humaness is lost. Those desperate souls feel hurt, unimportant, powerless, lacking any hope that things will become good--or that people care. And they erupt, lash out in powerful, destructive ways. They are beyond "nothing to lose", they only see gain through the ultimate act of ending someone else's life, ending their happiness. I think they hope in this violent, grand gesture they will finally be important.

Yes, the culture itself is sick, its values are sick, and there is no moral center holding it together. In a situation like this, (as you point out), it is the weakest in our midst that show the strain because they cannot withstand it. They are the canaries in the coalmine. Thus, Sandy Hook is not caused by video games, movies, TV or the availability of weapons, much less mental illness. The weakest buttress cracks first, and so, the mentally unstable crippled kid cracks and takes up the tools his sick society has left around the house.

Thank you for your comments. Coincidentally, I just overheard another conversation about these issues in which someone said “A gun evens the score”. It’s the need to even scores that we need to talk about.