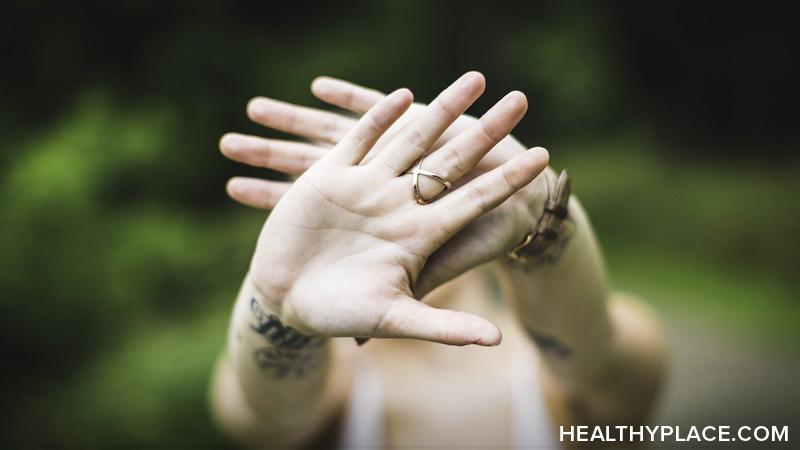 At what point do you leave a verbally abusive partner? The point where you walk away from a violent partner could be a bruise, a broken rib, or even fear for your life, but how do you know when it's time to leave your abuser when the abuse is verbal? The signs of psychological or emotional abuse are often easy to dismiss, meaning we ignore the glaring red flags that tell us to get out. Nevertheless, there comes a point when the abuse gets to be too much and we just can't take it anymore. Perhaps we mentally withdraw from our verbally abusive partner, start making arrangements for a life elsewhere, or leave altogether. Your breaking point when you leave a verbally abusive partner is the moment you're forced to concede the situation is abusive -- but how do you know when enough is enough?

Spotting the Signs to Leave a Verbally Abusive Partner

One of the many questions we ask ourselves after a relationship with a verbally abusive partner ends is why we stuck around for so long, despite the obvious signs (Victims of Abuse May Be Too Good to Leave). For me, what's funny is that there were thousands of incidents that should have rung alarm bells during the two years I was with my ex-boyfriend, but I turned a blind eye to all of them. I chose, instead, to focus my attention on the times he was a nice guy and good to me.

But there were several early warning signs of abuse that told me the relationship was going nowhere good. The time he pushed me up against the door and threatened to hit me, for example. Or the night I spilled ketchup in his car and he drove me to the edge of a cliff and told me, "It's not cute or endearing when you make mistakes like that -- it's f**cking annoying and all it does is prove your selfishness, and that you don't care about me."

He told me if I didn't change my ways, he would leave me. He set impossible standards for me to meet and rules for me to follow, things he knew I would fail at so he would have reasons to berate me further. He told me I was flawed, that he deserved better than me. Again, I stuck faithfully by his side, convinced that I was to blame for his unhappiness.

It's not so much that I didn't know that he was in the wrong or what he was doing and saying was unfair. I did, but every time I tried to make my voice heard, he just talked me round in circles until finally, after hours and hours of having the same conversation over and over, I was forced to admit defeat. Sooner or later, I realized there was no point arguing with him. He was right. It was always, always my fault.

One time was different, however. This was my personal breaking point.

We had officially broken up a few months before and I had worked hard to get my life back on track, to find somewhere else to live and move on. And I was succeeding. I felt happy and free; but for some reason, after he drove through the night to tell me he wanted to get back together, I responded willingly as the codependent love addict I was. He convinced me that he had changed and was willing to accept responsibility for his behavior. I went back to him without a second thought.

The first thing he did was to demand to know if I'd been with anyone else. Then he wanted to know why I'd colored my hair and was wearing new clothes. These should have been red flags that nothing had changed, but (sadly) I was just pleased he still cared enough to be jealous.

A few weeks later, we spent the evening at his apartment (previously our apartment) and I had just come from work and was hungry. He didn't offer to make me anything, so I raided the fridge (I still had some food in there.) and made myself some chips with garlic and parmesan as a late night snack.

That was when he erupted. I'll spare you the details of exactly how he responded to me making food for myself, but he was furious that I had used his "most expensive" cheese. He said if I wasn't utterly selfish and contemptuous, I would have used the "cheap cheddar" instead, which was all I deserved. This sparked hours of verbal abuse, during which he meticulously outlined all of my failings as a person and as a girlfriend, before telling me I'd ruined our relationship all over again. He made me feel like I was the abuser.

It sounds ridiculous because it was. I don't know why this was the breaking point for me and not the millions of other times he'd criticized, blackmailed, manipulated and gaslighted me, but all I could think while we had this tedious argument was that surely if you love someone as much as he claimed to love me, you'd want them to have all the expensive cheese in the world.

I'd have given him anything -- sold my soul to the devil if that would have made him happy. Yet he couldn't bear for me to have the smallest amount of luxury or comfort. He took personal offense to every move I made. I simply couldn't, and wouldn't, live like that any longer.

That was my experience, but everyone's breaking point is different (What's the Timeline to Leave an Abuser?).

If you're in this type of relationship, ask yourself this question: how bad does it need to get for you to leave your verbally abusive partner? What's your breaking point?