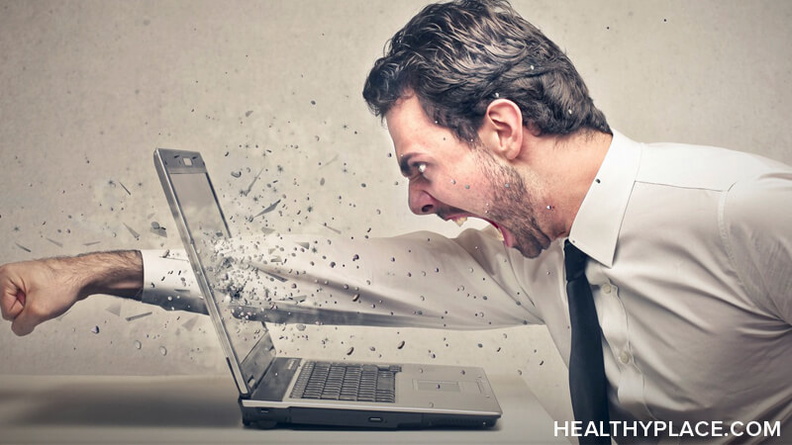 There are two types of depression that can exist with ADHD; primary and secondary depression. The risk for primary depression seems to be inherited and doesn't need any specific circumstances, like a job loss or relationship breakup, to make its appearance. Major depression tends to run in families.

In other cases, depression arising as a direct consequence of the difficulties of living with ADHD is said to be secondary to ADHD. As you can imagine, many children with ADHD grow up with poor self-esteem and in their later years come to accept the idea they are lazy and stupid. This especially applies to those who weren't correctly diagnosed or treated for ADHD in childhood. It's no wonder that as adults, they are suffering with depression too.

Living with ADHD and Depression: Our Guest

The effect of all this on his life has been profound. It took 10-years, but Douglas, who has developed a keen sense of humor, has found some helpful ways of coping. We'll be discussing those on Tuesday's HealthyPlace Mental Health TV Show.

Douglas Cootey writes an insightful blog on the subject entitled A Splintered Mind. He's a 42-year old stay-at-home dad caring for four girls. Living with ADHD and depression makes it difficult for him to work. His illnesses are complicated by the fact that early on, he was given Desoxyn to help treat his ADHD and depression. A rare side-effect of the stimulant, Desoxyn, is Chronic Motor Tic Disorder, similar to Tourette Syndrome. He has that too.

The HealthyPlace Mental Health TV Show airs live on Tuesday night at 5:30 pm PST, 7:30 pm CST, and 8:30 pm EST. Our guest will be taking your questions.

If you miss the live show, you can watch it on demand at Adult ADHD and Depression.

My Personal Experience with Scrupulosity
Living with Adult ADHD and Depression