Living with Adult ADHD and Depression 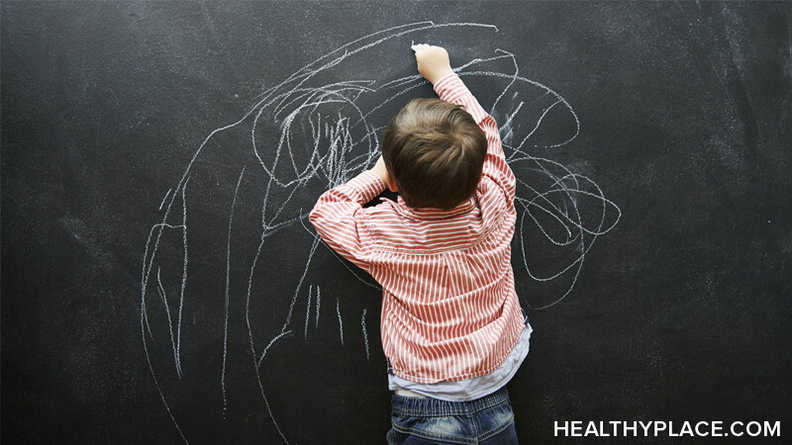 My name is Douglas Cootey. I’m a 42 year old stay-at-home dad on disability and I have had ADHD all my life. When I was three weeks old, if a parent placed a finger in both of my hands I would brace my legs against them and stand up. My head would flop around, but up I’d be. Performing this trick for my pediatrician introduced my parents to the world of ADHD in the 60s. Back then, it was referred to as hyperkinesis. By third grade, I was taking ritalin daily except weekends to help me in my studies. Before that, I had spent large amounts of time banished to the library room for wiggling in class.

Depression didn’t manifest itself until I was around 15 years old. A day trip to Boston Children’s Hospital to investigate my moodiness, sleep paralysis, and insomnia yielded only an IQ quotient and that I was hyperkinetic, something I already knew. That was 1983. Eight years later, I was married and struggling with college. It was then that I sought out help and was diagnosed with depression. To treat both my ADHD and my depression I took two different medications. For three weeks, I was incredibly productive, but one of the drugs added a new problem into my life. A small percentage of people taking it develop Tourette’s Syndrome. I was one of the lucky few. Because I stopped taking the medicine, I didn’t develop full blown Tourette’s, but the damage had been done. I was neurologically disabled for life with a chronic motor tic disorder. It was 1992, and I was only 25.

Impact of Adult ADHD and Depression

How this affected me was profound. Besides low self-esteem, a lack of focus, and a third major in as many schools—all due to my ADHD—I now ticked uncontrollably when fatigued or anxious. I withdrew from society and friends. If I thought I had been moody before, this new kink in my life spawned a dark depression full of suicidal ideation and self-loathing that lasted four years. I kept my self-esteem locked away in the basement of my life. (Impact of ADHD on Adults)

Being disabled and having kids meant that my wife worked and I was the care taker. This turned out to be a benefit. My daughters’ unconditional love made me face an uncomfortable fact: I was loved, I mattered, and my daughters and wife needed me. Coupled with therapy and a realization that my depression altered my perception of events around me, I began to train myself to think positively—to enforce optimism where I wouldn’t have before. Opportunities that I had turned a blind eye to before began to present themselves to me. I also began to like myself by using self-deprecating humor. This was the beginning of a ten-year long battle.

How I Attacked Depression

Psychotropic medicines didn’t work for me, so I had to train myself to rethink how I processed the world. I reasoned to myself that if my mind steered me into depression, then I could steer myself out of it. First, I learned to recognize when I was depressed (quite a feat to be sure) and then began to find ways to offset it. Soon, months of depression became weeks, and over the years the bouts of depression shorted to days, then hours. What I discovered on my own we now refer to as cognitive behavior therapy, something I am a strong advocate of today.

Nowadays, I blog about my attempts to master my mental health with attitude and cheek, while pursuing my desires to be a novelist, all while running four beautiful girls around Salt Lake County (Blog A Splintered Mind). My ticking has progressively worsened, but I force myself out more than ever before in the past 17 years. Depression flares up from time to time, but I manage it. ADHD lurks in the background like my own personal Loki, pulling the rug out from under me, but I laugh.

Life is tough, then I move on—just like everybody else. I have been to the dark place of my mind and will not return there again. Now, perhaps, my experience will help others avoid that dark place as well.

(Ed. Note: This post was written by Douglas Cootey, our guest on the Dec. 15, 2009, HealthyPlace Mental Health TV Show on Adult ADHD and Depression.)

The Depression flares up from time to time, but I manage it. ADHD lurks in the background like my own personal Loki, pulling the rug out from under me. I didn't know about the link between ADHD and depression in adults. The information from this show will be very useful to me.