My Personal Experience with Scrupulosity 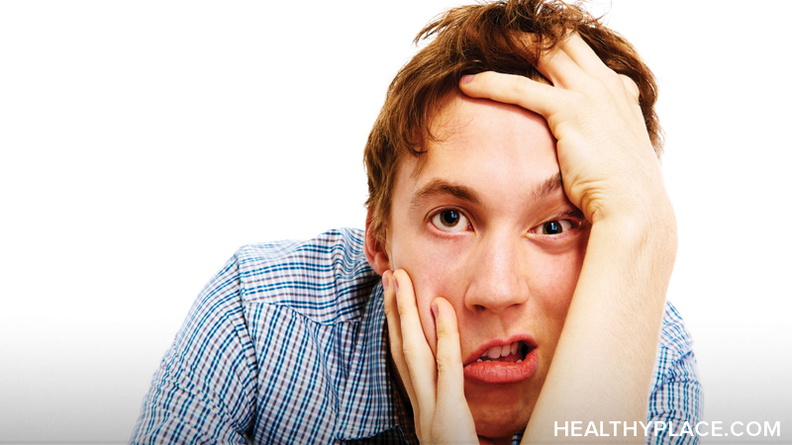 My name is Kenneth Burchfiel (not to be confused with my dad, who is also Kenneth Burchfiel). I'm 18 years old, and a student at Middlebury College in Vermont. It's difficult for me to say when scrupulosity, or religious obsessions and compulsions, first appeared. On Christmas 2007, I received a book with a modernist take on Christianity and the gospels; that seemed to spark an intense period of doubt, searching and longing for answers.

These were certainly religious obsessions, but I don't know if a psychologist would call that scrupulosity. I do know that by early January 2009, I was experiencing a rather intense case of scrupulosity. I would apologize to God for extended periods, sometimes crying, for apparent sins like an unwanted thought that crossed into my head.

I would like to mention here that religion itself does not cause scrupulosity; the disease, a variant of obsessive compulsive disorder, stems more from neurotransmitter imbalances in the brain. Religion is simply the "theme" OCD assumes.

From January to late February, when I found out I had scrupulosity, I was very much in a disordered state, perhaps even delusional. I felt an immense and frequent urge to repent for sins, which was my way of dealing with the anxiety that scrupulosity created.

Getting Treatment for Scrupulosity

Eventually, I acquiesced to my parents' urging that I see a psychiatrist (OCD Treatment: Treatments for Obsessive Compulsive Disorder). They knew the state I was in. My dad saw me apologizing to God over a dozen times during dinner, making conversation all but impossible, and lying on the floor crying one day. I did not realize that the disease was a medical and not spiritual problem (though it certainly had spiritual consequences); that was why I had avoided going for help. That fact led to my recovery.

The psychiatrist suggested to me that I had a mood disorder. This struck me as odd, for I still felt this disease was spiritual. But once I got home, and started looking into the symptoms of obsessive-compulsive disorder (and namely scrupulosity). I was stunned to see how my symptoms of blasphemous thoughts (which appeared in my head without warning) and compulsions matched up so well with those on the site. I was never formally diagnosed with OCD, as that can cause complications in itself, but I certainly have suffered from it, and have worked with two psychiatrists to overcome my symptoms.

Obsessive-compulsive disorder resulted in many compulsions of mine, naturally, and put a number of disturbing thoughts into my head. But the hardest symptoms to deal with were the constant feelings of guilt and sadness.

OCD took all the joy and fun out of life. Instead of being elated that I got into Middlebury College, to which I had applied Early Decision, I was quiet and almost indifferent about it. I didn't really listen to music for a good segment of time. Depression likely arose from my OCD.

I did tell a small group of people about my experiences with religious obsessions and compulsions. Everyone was understanding, though my father, who has his reservations about Christianity, felt that religion was the source of my symptoms before learning about OCD. My psychiatrist happened to be Catholic, and that may have helped convince my dad that neurotransmitter issues, not religion, was the problem. I know it hurt my parents to see me in that state, although everyone I talked to was compassionate and sympathetic, even if they weren't able to fully understand my experiences.

I want everyone to know treatment for OCD can help. With guidance from a number of sites and an excellent book, I went through exposure-response prevention therapy, a form of cognitive-behavioral therapy, in which I would expose myself to the blasphemous thoughts I experienced--first by letting them come on their own, then deliberately thinking them, then even writing them and saying them out loud--to create a manageable level of anxiety in my head. I would then either delay my repentance or not repent altogether, which allowed my mind to get accustomed to the anxiety on its own. This is a fairly common and widely accepted treatment method for OCD. It truly turned my life around.

Eventually, the thoughts no longer had control over me. I still repented for non-sinful things, and I still do, but my symptoms are fairly mild at this point. Also beneficial were a series of medications I took and continue to take. Finally, I cannot overestimate the influence of my friends' and family's prayers for me, which God answered in a powerful way.

Finally, I would like to emphasize that religion is not the cause of scrupulosity; rather, genetics and neurotransmitters play an important role.

(Ed. Note: This post was written by Kenneth Burchfiel, our guest on the Dec. 15, 2009, HealthyPlace Mental Health TV Show on scrupulosity. Kenneth is a contributing writer for suite101.)