5 Ways to Disarm Anxiety by Taking an Opposite Action 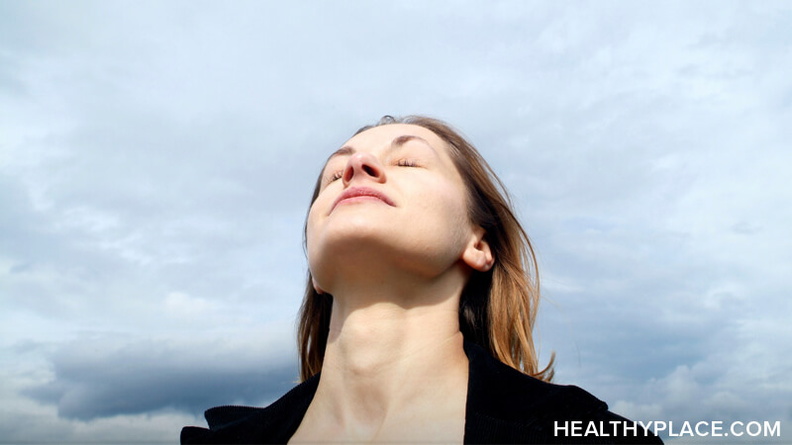 You can disarm anxiety by taking an opposite action. Opposite action is a behavioral therapy skill that lessens the impact of self-destructive tendencies. And living with anxiety can be rife with opportunities for self destruction. Here's some ways for those of us with anxiety disorder to use opposite action for our benefit.

Take the Opposite Action When You Feel Trapped

One of the common traits of anxiety disorder is feeling trapped, unable to do the things we have to do, or the things we want to do. For us, having an impulse to do healthy things and then simply going out and doing them gets short circuited.

I'm a big believer in action-based treatment of anxiety. Not only can we not think our way into right action, we can't feel our way into it either. In other words, sitting around until we feel like doing whatever it is we should do is pretty much a non-starter.

The good news is, our feelings often change for the better once we actually start doing something. The trick, of course, is getting started.

I once did a 6 month intensive outpatient course of dialectical behavior therapy (DBT). This type of psychotherapy was originally developed to treat people with borderline personality disorder and those struggling with self-injury issues.

DBT is a skills-based therapy. The idea is that our self-destructive thoughts, emotions, and actions can be treated successfully when we learn and practice the correct skills. One of the most useful things I learned in DBT is an emotional regulation skill called opposite action. It's a great for challenging chronic, destructive emotional patterns caused by anxiety.

How to Use Opposite Action with Anxiety Disorder

Below are 5 ways to use opposite action with some common anxiety disorder triggers:

It may seem like using opposite action with anxiety disorder is about suppressing our natural responses, but the truth is, anxiety often makes us react instead of respond, and those reactions are generally destructive. DBT's opposite action skill helps us redirect our impulses into more loving, less self-destructive behavior. Instead of repression, opposite action is about not making difficult situations worse. And that's a good foundation to build on for good self care.

APA Reference
Weber, G. (2014, July 30). 5 Ways to Disarm Anxiety by Taking an Opposite Action, HealthyPlace. Retrieved on 2023, February 8 from https://www.healthyplace.com/blogs/treatinganxiety/2014/07/5-ways-to-use-opposite-action-with-anxiety-disorder

Ways of Getting Things Done When You're Anxious
What Do You Do When Anxiety Makes You Feel Unreal?