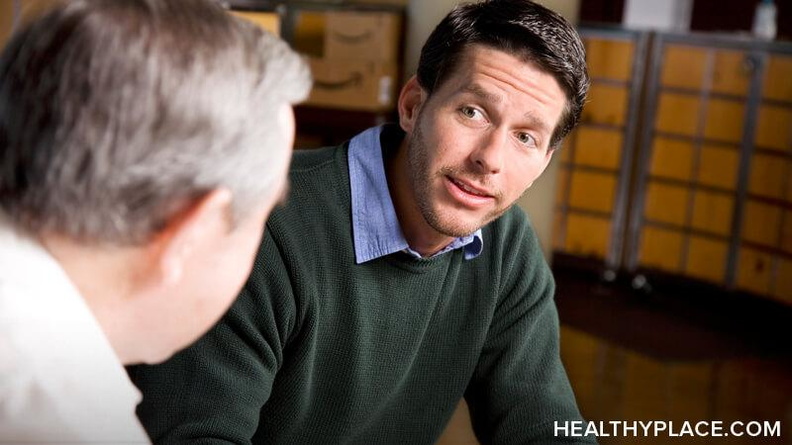 You don't look sick! No, I don't. It shouldn't be an accusation, either. One of the worst parts of having an anxiety disorder, or any other invisible illness, is how hard it is to explain to someone when they don't have the first notion. It becomes almost a routine battle, feeling sick on the inside while knowing the world thinks you look fine. Of the many cliched sayings which bug me on this, close to the top on the list has to be "at least you've got your health." Well, no. What I have is a pain in the rear invisible illness that undermines my health every chance it gets. Just because you don't see it, doesn't mean I don't feel it.

An Invisible Illness Makes You Reconfigure Everything 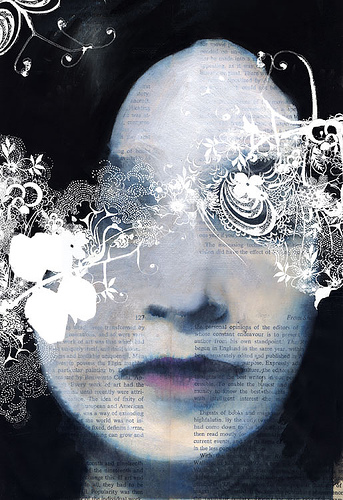 Thinking about what I don't have in terms of health bothers me. It doesn't help my situation so it's one of those areas I choose to re-frame. That's valuable in terms of recovery from an anxiety disorder -realizing, and re-configuring, as much as possible about what your anxiety disorder means for your overall health, your whole self, the future. And particularly for what you do or do not take for granted in your life. Awareness of it is a helpful, path of potential wisdom thing.

Turning Away from the Pain of an Invisible Illness

People outwardly seek comfort. It's only natural but subsequently, often we are not taught and do not learn how to face discomfort. We're ill-equipped for it because we neither expect nor desire it in our lives. So when we are ill and when that illness is invisible, as with anxiety, even we can't see it for ourselves except in symptoms that are difficult to isolate and pin down. It can, in whole or in part, easily become something we'd rather not recognize. No matter what the ultimate cost of that decision may be.

Anxiety is sickness by stealth, by cover of night. A speed limit on your life. So when I say I have an invisible illness what I wish you could hear is the pain, the frustration.

What I would love for it to mean is that we'd all take a step back from the stigma and discomfort. Because of how angry it makes me to live with this thing other people can't see but which restricts me all the same. And how hard I rail against those limitations, harming myself in the process because I don't want to see it.

How comfortable do you think I could be when I can't get through a day without the symptoms of anxiety invading previously safe, taken for granted areas of my life, my self, who I can be, how I can be in the world?

Petulance aside, nobody wants this.

Photo from fotologic on flikr

Anxiety Wants You in a Box: Getting Out and Staying Well
Living with Anxiety: Emotional Health
Caroline
September, 1 2016 at 5:29 am

Hello,
I completely agree with the invisible illness idea. I struggle with anxiety (racing thoughts, worries) and depression (worthlessness, shame, guilt).
On the outside I look completely fine (I can get out of bed, I am physically healthy). However, I feel like a person walking around imprisoned by their brain.
I have a masters degree, I have a great job, I have a pretty face, I have a nice car, an amazing boyfriend, but on the inside, no one really knows what I go through.
Medication, therapy, and the bible has helped me process through these difficulties.

Anxiety disorders are common psychic difficulties that damages seriously global life functioning of respective person. It is true, that they haven't any discernible sign, that in other word means they are invisible illnesses, as You had the same designated. But, if any anxious disorder didn't treated in adequate manner by psychiatrist, they certainly terminate to depressive disorder. This fact should make us alert, otherwise we put ourselves in danger, in course of time, to get sick from secondary depression. Furthermore, when many doctors said to their anxious patient that this disease isn't serious and may recover by itself. My suggestion as clinical psychiatrist is the statement that anxiety presents usual and inevitable emotional experience to everybody. Only then when this uncomfortable feeling disarranges our global psycho-social and professional performances, it should be subdued to psychiatric treatment.

AMEN!
Actually because of society's stigma, I never even let myself take my symptoms seriously. As you know with anxiety, one of the worries is "what other people think."
I am just now in this last year learning how to manage my anxiety and OCD. For instance, I felt so anxious and tense and sick and had a 3 day long headache and wasn't sleeping last week and my therapist told me to call in sick to work on Friday to get myself calmed down. He said, in fact, *I am sick* and need a day off from everything. I am so thankful I did just that because I am feeling much more refreshed this MOnday morning and ready for the next go round with my anxiety :-)
Lady Delphinium

Hey Lady Delphinium
Nice to see you back. Yeah, the minimizing thing is hard! I still do it but strategies to work around it and/or minimize the minimizing help. LOL Taking some time off when things get like that is a really good thing. Being able to do it and have it change how you're feeling and feel OK about doing it is really really good, if you ask me. Hope it's a better week for you.
Kate