Even after all this talking, and doing, fixing, and mulling-over, and redoing, I still find that I go through stages of really, really disliking dealing with myself, all this: the anxiety.

That's potentially the hardest thing to face about the words which preface my diagnosis; It isn't PTSD. It's 'chronic, severe' PTSD.

So you see, there's really no getting out of it. I can't say, "well, I only have a little post traumatic stress," or "Anxiety only gets this bit of my life!". It gets rather a lot, actually. And people with anxiety disorders don't get nearly enough say about it. Not. nearly. enough.

That's really hard to deal with.

It's manageable, it's tolerable (provided a willingness to go on gritting your teeth), it's many other things as well. It's even treatable but that still isn't OK, with me. I suppose I'm not sure I want to, or that I could, ever really, truly accept the two little words tacked on the end of my anxiety disorder.

And I'll prove it to you! Darn it, tomorrow I will wake up and it won't be this way. I won't be this way. Tabula Rasa. That's it, give me a blank slate any day; The joy, I seem to recall (don't I?) of how it used to be -waking up. When I knew it wouldn't just seem like I was cutting down the same tree with a herring, over and over. Of feeling... free.

Sure, that's how it'll be. Tomorrow.

I'll ride unicycles, juggle without a net, suddenly be an extrovert, an astronaut/cure cancer/fight for world peace with one arm tied behind my back, and happily wake up having had enough sleep. And for my next act, I just won't worry about it.

What's the problem with anxiety?

For starters, it isn't contained, it isn't "the little things". Actually it's these generally overgeneralized tendencies I have. Stunning examples of how sure I can be of little, other than my own disorganization. 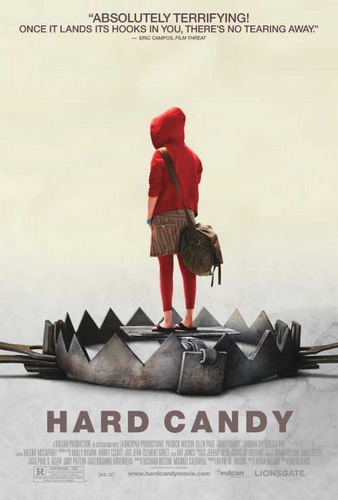 Feeling like something's always going to go wrong. 'Knowing' that, makes it difficult to sense something outside of it, the anxiety. Even when I most need to. Terribly helpful feature.

So if I told you this was annoying, it's really the least I could do because it's so much more; A frustrating, temperamental cul de sac of 'oh, just shoot me and get it over with!'. And still I sign-up for another round, on grounds that that's really all there ever is to do: get up, try again. Wash, lather, rinse, repeat, breathe, yes, no, go, stop, here, there, everywhere, always, never -perfectly sensible acts of nonsense, every one of them.

Now, here, you see, it takes all the running you can do, to keep in the same place. If you want to get somewhere else, you must run at least twice as fast as that!
-Lewis Carroll

Helpless, Hopeless? It Doesn't Have to Always Be That Way
Mental Illness and Other People’s Standards
Wanda Torres
July, 4 2011 at 8:30 am

I have PTSD and Mayor Depression & BiPolar but I try to tell myself that I don't have any of that I used to be terribly sick but with the help of the Good Lord and with myself designing a system for me to cope with these illnesses I'm an overcomer I've been able to stay afloat but I do have my days still and I know i have anger issues as well which I'm still working on them.