Using a 12 step program for posttraumatic stress disorder (PTSD) recovery, in addition to traditional PTSD treatments, has been helpful to my recovery. Adapting the steps to trauma-related PTSD is easy and the benefits that I have gotten from working the steps has lessened my PTSD symptoms and improved my life. While 12 step programs are generally only thought of as useful in treating alcoholism and addiction, I have found that using a 12 step approach for PTSD recovery is favorable in other situations as well. In previous posts, I have covered the first three steps and steps four, five, and six. This post focuses on steps seven, eight and nine of the 12 step approach to PTSD recovery.

Steps seven, eight, and nine of a 12 step program deal with humility, forgiveness, and freedom. Even though I think that the meaning of each step has to change a bit from the original 12 step program, the wording still works, and is as follows: 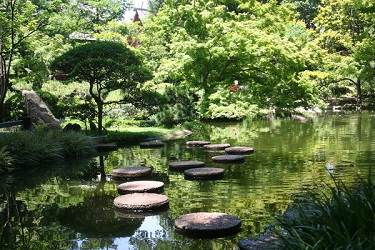 In step seven, we ask God to remove our shortcomings, or character defects. If we completed steps four, five, and six, then we have already determined what those defects--or as applied to PTSD, our negative thoughts about ourselves--are, talked about them with someone, and became willing to have them removed. Now, in step seven, we ask.
Remember, whoever or whatever your higher power is, is up to you. Step seven can be done alone, with a sponsor or mentor, or with a priest or minister.

Step 8 As It Relates To PTSD Recovery

Step eight is about taking a look at our side of the street. In 12 step programs for addiction, this step requires us to make a list of everyone that we have harmed due to our addiction. When we apply this step to PTSD, I think we have to look at it two ways. The first is the way the step was intended. PTSD isn't a spectator sport, those around us often get pulled into the game (Loving Someone With A Mental Illness). We may have hurt people because of our mental illness, and we need to put them on the list.

The second way we need to look at it is by adding ourselves to our list. We need to look at what we have done, because of our PTSD, to harm ourselves. PTSD can cause self-destructive behavior like alcoholism, addiction, cutting, isolation, anger issues, and many others. Have we been affected by any of those? Did it cause us harm?

Step 9 As Related To PTSD Recovery

The ninth step is often considered one of the most difficult steps. It asks us to go to the people on our list from step eight and make amends to them. Again, I think we have to consider those we have hurt and ourselves in this step. Making amends with others can be face-to-face, on the phone, or via letter, but, the more personal, the better. Making amends is different from apologizing. When we make amends, we take responsibility for our actions, and try to make the situation right.

When we come to our own names on the list, amends can be done a lot of different ways. We can write a letter to ourselves, we can start to practice self-care and get the help we need; we can extend the same grace to ourselves that we extend to others. Working this step thoroughly will liberate us from feelings of guilt and shame during our PTSD recovery.

Steps seven, eight, and nine are not easy because they are action steps. It's important that they be worked in order, and at a pace that is right for each individual's recovery. Sometimes step nine can't all be done in a short period of time. That's okay. However long it takes, as long as we are moving forward we're going in the right direction.