Hi, I’m Dan Hays, and I’m honored to be joining the HealthyPlace team as a writer for Trauma! A PTSD Blog. I'm a posttraumatic stress disorder (PTSD) survivor and author.

My History with Posttraumatic Stress Disorder

For many years, I tried to live a normal life, but something felt wrong. In the ‘80s, I was walking around with many of the symptoms of PTSD, and didn’t know it. I had flashbacks – of occurrences I didn’t remember. I had feeling memories – like I was somewhere else living through something. I had no idea what was going on, and it was terribly frustrating and confusing. I had sleep problems, and I had a whole list of issues with which I struggled.

One time in the library I found a discussion of this thing called posttraumatic stress disorder – only recently recognized as a formal diagnosis. The short definition was – exposure to a traumatic event in which the person experienced, witnessed or was confronted with an event that involved actual or threatened death or serious injury, and the person’s response involved intense fear, helplessness or horror. That definition, with all the associated symptoms, sure looked like what I was experiencing. 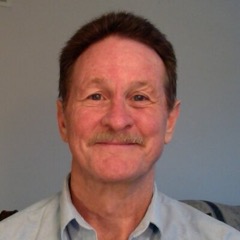 The puzzling thing was – I didn’t have a traumatic event I could point to that might have triggered all of those symptoms. Later, I learned of the traumatic events that led to my PTSD. I had a violent incident with my Dad when I was 17, and abusive behavior by my grandmother when I was 8 -- and I had repressed both memories. I had no conscious awareness of them. The time when I had symptoms and no cause was one of the most baffling and disorienting times of my life.

Once I uncovered those buried events, I began on a journey of healing from my PTSD symptoms. Later, my suspicions were confirmed when I was diagnosed with posttraumatic stress disorder that was severe and chronic. I now help on a PTSD forum, and I am passionate about helping others with PTSD find support, resources and understanding for their struggles.

More About Dan Hays, Author of "Trauma! A PTSD Blog"

Dan is the author of Healing The Writer: A Personal Account of Overcoming PTSD and Freedom’s Just Another Word. You can connect with Dan on Twitter, Facebook, LinkedIn, and Google+, and at his website DanLHays.com.

Hi My name is Monica.
I've only been dealing with PTSD for the last couple of years. I spent two weeks as an inpatient in a Trauma ward, followed by four months as an outpatient. I was discharged from the program about a month ago. Ever since then I have felt very lost, alone and empty inside. Oftentimes my nightmares and night sweats are so bad that I wake up terrified! I live alone, and that just amplifies my fear. I feel so emotionally drained, I just don't know what to do.

Hi Monica,
I completely understand how alone you feel - it's one of the devastating effects of PTSD. It makes things just that much tougher, and a whole lot of people don't "get it" about what we're dealing with. We're labelled as sensitive, or tired all the time, and people just aren't sure how to talk to us. Which is all the more difficult since we're emotionally drained easily, and have limited energy to deal with things.
I have a resource to offer. It's a support forum that is filled with people who do get it. It was started about a year ago by Michele Rosenthal, who began this blog. I know if you post just what you've shared with me on that forum, you'll find a lot of folks who are dealing with similar things, and totally relate to your experience. It's a really safe and sacred space. Here's a link:
https://healthunlocked.com/healmyptsd
Please feel free to share your thoughts with me here, and know that I do understand!
Dan

Hi Dan,
Good to "meet" you. I am quite new to this site but am looking forward to hearing more from you over the coming weeks.
I am especially interested in your journey as I have wanted to write for many years, but have been blocked because my mother humiliated, criticised and shamed me about it as a child.
Best wishes,
Elaine (from UK)

Hi Elaine,
I'm glad to meet you as well. I'm so sorry to hear what happened with you and your mother. That's so sad! Yes, let's talk about being writers and reclaiming that gift! Me being able to accept this writing position with Healthy Place is one of the blessings of working to overcome my writer's block. Our creativity is close to that inner part of us that often got damaged as a child, so I hope we can talk about healing that wound!
Cheers,
Dan

Hi Dan.
Thanks a million for your video testimony (and your book and the work you do now). It is just amazing how you described your healing journey and the 'shaking' part of it, as it came to you spontaneously and naturally whenever the pressure built up too much or traumatic experiences and memories bubbled up to the surface. The Trauma Releasing Exercises - TRE® you mention at the end are very real and accessible, almost *free*, easy to learn and often immediately effective. Millions of people have used TRE® to date and it is the best tool bar none for resolving/dissolving PTSD. Have a look at my website: it will give you (and the members of HEALTHY-PLACE) access to many videos and open the floodgates for you. All your questions are welcome (email address in Contact on the website).
Well done Dan, and continued success to you.
Raymond - Dublin - Ireland >> + on Skype

Thanks Raymond,
I do appreciate your kind words about my video, book, and the work I do. The second article I will post in September will be all about my experience with the shaking, and give a lot more details about how important that has been for my healing journey.
Cheers,
Dan

very good submit, i actually love this web site, carry on it

Hi Dan! Good to have here. We both deal with PTSD, so I'll be following you closely.

Hi Kellie,
It's great to be here, and thanks for the welcome. I look forward to sharing and dialoging about our experience with PTSD.
Cheers,
Dan

Hi Dan,
We're really happy to have you here at HealthyPlace and I look forward to hearing more of your unique story.
- Natasha Tracy

Hi Natasha,
Thanks so much for the welcome! I'm glad to be here at HealthyPlace, and I'm excited about sharing my story.
Dan