In the first two posts in this series (see 1, 2), I have established that:

Let's now look at forgiveness as a deliberate intervention to promote physical health and recovery from psychological trauma.

Forgiveness and Physical Health have a Modest Relationship at Best 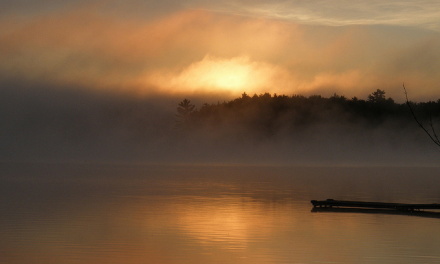 Five years after their initial review of forgiveness in relation to health and disease, they found no basis for asserting a relationship (Thoresen, Harris, & Luskin, 2000), Harris and Thoresen revisited the issue (2005), this time finding that research relating “both forgiveness and unforgiveness to short-term physiological variables” provided a basis for reasonable hypotheses. “However, direct evidence that forgiveness or unforgiveness are related to health or disease is still virtually nonexistent.” (p. 321)

Worthington, Witvliet, Pietrini, & Miller (2007) reviewed forgiveness in relation to a number of aspects of health, noting that quality studies in health care settings are scarce (p. 300). Consequently, speculation is frequent in their review, and findings are cautiously reported. Lack of forgiveness appears to produce prolonged cardiovascular activation and reactivity, but levels reached are insufficient to be clearly related to compromised cardiovascular health (pp. 297-298). Physical pain, however, may be reduced when anger and resentment are reduced, and there is a single study indicating that 12 weeks of forgiveness-focused therapy reduces vulnerability to use of addictive drugs. With cancer patients receiving forgiveness therapy it was found that there was increased hope and quality of life, and reduced anger, compared to patients not receiving such therapy (p. 299).

This review, the most recent available concerning the relation between forgiveness and physical health, does not report effect size statistics. These are measures of the magnitude of an effect, as distinguished from its statistical significance. In general, when a relationship has real magnitude, effect size statistics are reported in research literature, to back up claims of real-world meaningfulness. We may thus cautiously infer that forgiveness has yet to be shown, in the latest review of research, to meaningfully relate to physical health.

In a recently published major review of research on treatments for posttraumatic stress disorder and acute stress disorder (ACPMH 2013), two treatment models received a “Grade A” recommendation: trauma-focused cognitive behavioral therapy (TF-CBT) or eye-movement desensitization and reprocessing (EMDR). Setting aside the eye-movement component of EMDR, whose contribution to overall effect is modest, both models primarily involve “exposure” – re-experiencing the relevant trauma, as it is remembered, in a safe environment. Fear, and often anger, typically, are a part of this experience, but are not a specific focus. Both models, being essentially very similar, get similar results: major symptom reduction (Frommberger, Angenendt, & Berger, 2014).

My personal clinical experience is that PTSD can be quite successfully treated (meaning that it is gone at the conclusion of treatment) in virtually any adult willing to address all their major traumatic memories. Forgiveness, as such, is not an explicit part of this successful treatment. What does seem to matter for permanent cessation of symptoms is encountering the feelings associated with a trauma memory in a context where there IS no real danger (Ecker, Ticic, & Hulley, 2012, pp. 20-25). When fear is gone from a trauma memory, typically little or no anger remains. What this means is interesting: a major desired effect of forgiveness therapy is achieved, as a side-effect of effective trauma therapy using either of the well-validated treatment models.

Forgiveness Therapy for PTSD Does Not Exist

I have yet to find any intervention model description or published research in which forgiveness therapy is evaluated as a major intervention or treatment for PTSD. There are several likely reasons for this. One is that the concept of forgiveness has never been a part of any major model of personality or brain function, howsoever valued it has historically been as a mediator of personal and social conflict. In none of the major treatment guidelines for PTSD and related disorders issued in recent years by respectable organizations, governmental and otherwise, have I seen forgiveness therapy, or therapy in which forgiveness is a significant component, even on the list of evaluated therapies. In the world of psychological trauma, it is clearly not even “in the game.”

Forgiveness takes time – at least 6 hours, if group settings are used (Worthington, Sandage, & Berry, 2000, p. 235). One reason for this is that ". . . forgiveness is a process rather than an event.” (Worthington, Witvliet, Pietrini, & Miller, 2007, p. 293) Given the documented scarcity of resources for dealing with psychological trauma in either military or civilian populations, why would anyone employ a time-consuming approach that has no demonstrated clinical validity relative to psychological trauma? It would virtually be an invitation to a malpractice lawsuit.

Forgiveness, if Addressed at All, Must Be Correctly Timed

“People who are from a strongly religious, Christian tradition have strong group norms that mandate forgiveness (Girard & Mullet, 1997; Rokeach, 1973) . . .” (Worthington, Sandage, & Berry, 2000, p. 241) Given that the Abrahamic religions (Judaism, Christianity, and Islam) come from a part of the world long plagued by grave inter-tribal violence, that forgiveness should be valued as a social counterbalance seems more than reasonable. As a treatment specifically for trauma disorders, however, it encounters an essential problem which only a psychological perspective can reveal.

Worthington, Sandage, & Berry (2000, p. 237) note that, “severity of hurts and offenses seems to greatly influence the ease with which people are able to forgive.” This almost certainly has to do with the nature of anger. Anger is never a choice. It’s an automatic neurological defense against a threat. As long as a threat is present, we will either flee or fight. Anger prepares the body and mind to fight.

A person with active, unprocessed, triggerable trauma memory will involuntarily experience fear, which will provoke anger. They have no choice. Advising them to “just let it go”, or to conform to some social ideal of forgiveness is to ask them to do something they cannot do. Why? Because anger is an involuntary reaction. It cannot be stopped, except by stopping the threat to which it is a response. When active trauma memory persists for weeks, months, or years, that is done only by psychotherapy. Advising a person in this situation to “be forgiving” will have one result: they will yet another failure to add the many they already have due to the limitations deriving from living with posttraumatic stress.

Forgiveness in PTSD Healing: A Proposal

When therapy (or, for the more fortunate, the brain's natural healing processes) results in the permanent calming of trauma memory, and all or most of one's anger is gone, there is an opportunity to address forgiveness. But is this necessary? I think not, and neither it is present in either of the best-validated PTSD treatment models. It has been my clinical observation that for the most part, much of what explicit forgiveness is supposed to produce will happen automatically in quality PTSD psychotherapy - as effect, not cause.

However, deliberate consideration of forgiveness can result in a more explicit and efficient change in how one thinks and acts, which can have multiple beneficial effects, and not just for the forgiving person. It can help to resolve and improve various matters not explicitly addressed in trauma psychotherapy.

So, in the final analysis, forgiveness can have a role to play in recovery from PTSD. It is one of a number of options one can take up to move from mere recovery to active mental and social health. Who among us would not desire that?

PTSD Recovery: How To Begin Developing A Sense of Safety
Sadness in PTSD - What You Can Do About It