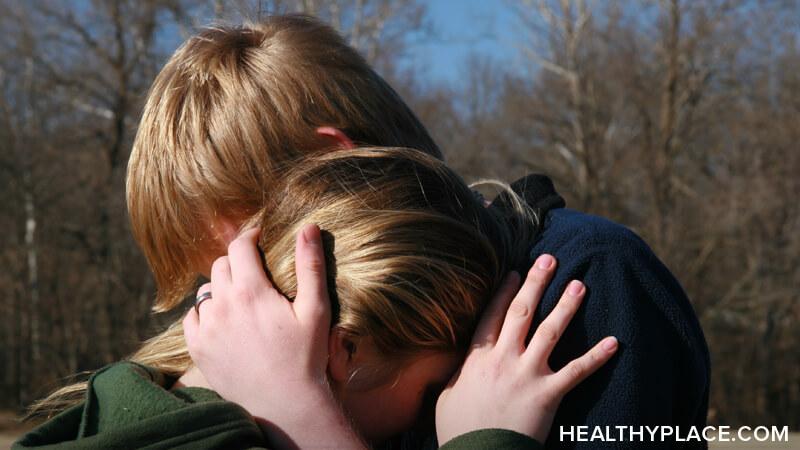 Compassion Takes Effort, Acting on Mental Health Stigma Does Not

Mental health stigma is easy. Biting words that have been said a million times or unfair judgement and treatment toward those with mental illnesses have been written into society. Actually taking the time to see how someone is impacted by mental illness and offer warmth is harder. It takes effort.

It shouldn't take effort to have compassion or empathy for another human being and his or her situation, but it means stepping outside of yourself and your own interests ("The Importance of Developing Empathy"). Putting yourself aside is the biggest piece of this. You might think that the struggle isn't that bad or that whatever someone is upset about isn't worth it; you might think that if you were in that position you'd be handling that struggle better. But it's not about you in those moments. It's about the person going through the issue.

People also seem to think that you have to go through the exact same situation in order to get it and act appropriately. I can appreciate that frame of mind. It's difficult to understand how mental health issues can affect a person's psyche when you don't know that feeling yourself. However, you don't have to have a mental illness or mental health struggles yourself in order to be able to show empathy for those who do. It's about understanding that the person is hurting or just overall not okay.

When you repeatedly treat people terribly for their struggles and say unhelpful things to the person struggling, and then try to use the excuse of "I don't know what it's like" to pardon the behavior, that's just another facet of mental health stigma.

Using the excuse "I don't know what it's like" as if to pardon unfair treatment and harsh words signals that you don't care to make the effort to show kindness and that you'd rather continue with stigma. That's the easier route, after all, since it's so ingrained in society and easier to spout off.

I know I went over a few of those earlier in the blog, but they're worth repeating. If having compassion for someone struggling with mental health instead of slipping into the ease of mental health stigma takes effort for you, please keep these things in mind. A little effort can go a long way.

How the Fear of Mental Health Stigma Impacts Day-to-Day Life
Can Learned Behavior Masquerade as a Mental Illness?