You Don't Look Like Someone with a Mental Illness 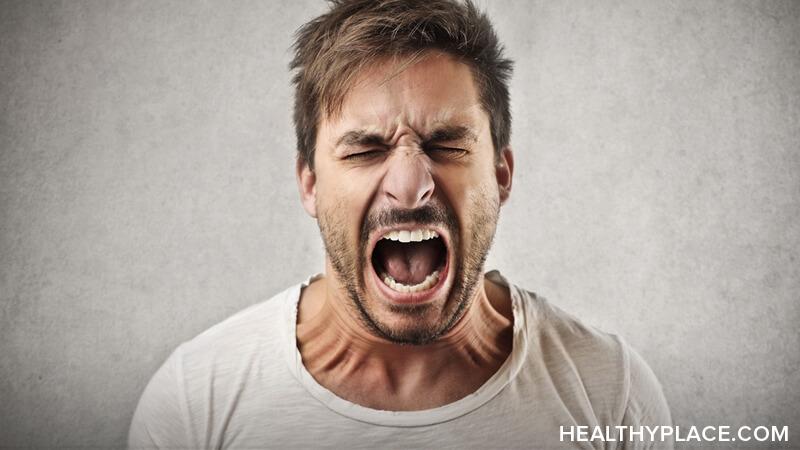 The other day, I posted the following to my Twitter:

Depression can manifest in a number of ways/feelings. Mine is typically numbness, drowning, sadness, or rage. Today is rage. ‪#mentalhealth

Other depression symptoms I could have added to the list would have been: apathy, emptiness, despair—and I’m sure there are even more that other people with depression could add as well. Think of the emotions as a filter or outlet for the internal chaos.

I’m going to stick with depression for this blog, but I imagine the idea that mental illness looks different from person to person is true for most, if not all, mental illnesses.

It all comes from the same place for me, but my depression can take on different outward forms. Most of the time, it’s a quiet stewing of any of those feelings I mentioned, many times to the point that you would never know they were happening, but I know they can also be loud since I’ve seen it in those around me. I’ve seen loud sadness and loud anger coming from a place of depression and those took even me by surprise at first.

But how is this all depression? Isn’t depression supposed to be someone crying in a corner or someone with his head in his hands all the time?

The thing with mental illness is we have things that connect us, which is how doctors and the Diagnostic and Statistical Manual of Mental Disorders can categorize mental illnesses. Unfortunately, and perhaps dangerously, people see those categorizations as hard rules that everyone should fit into.

When We Limit What Mental Illness Looks Like, What Can Happen?

When we try to fit everyone with a mental illness into a little box, we miss or dismiss a lot. While that doesn’t always equate that to stigma, it can be—especially the dismissal part as people might get told to “suck it up” or “stop being a drama queen” or something to that effect. I’m sure the old “someone else has it worse” card would come out, too. All of these statements are a big problem because it’s an attempt to silence or invalidate someone’s experience.

Silence is, in my opinion, the most dangerous part of mental illness. When we’re locked away with our thoughts with no outside input, we have nothing to gage those thoughts against, which can and does cause suicide in many cases. So limiting what mental illness looks like can lead to death.

What Can I Do to Help Someone Who Looks Like They're Suffering?

If you see someone who you think, based on his or her behavior, might be struggling with something, reach out. If you’re too shy or worried about doing it face-to-face, send an email, text, or Facebook message. Understand that the person might not be forthcoming or responsive, but let the person know you’re there if he or she needs to talk. Sometimes that’s all it takes to help someone and even the smallest gesture can go a long way.

APA Reference
Barton, L. (2017, July 31). You Don't Look Like Someone with a Mental Illness, HealthyPlace. Retrieved on 2023, February 6 from https://www.healthyplace.com/blogs/survivingmentalhealthstigma/2017/07/mental-illness-doesnt-look-the-same-for-everyone

Does Seeing Mental Illness Stories Online Annoy You?
Remove Success and Failure from Our Mental Health Vocabulary
Valerie Grant
August, 2 2017 at 11:37 am

Excellent, insightful read. "When we try to fit everyone with a mental illness into a little box, we miss or dismiss a lot. While that doesn’t always equate stigma, it can—" this is an incredibly important point to address. Mental illness is s unique as the individuals who live with it. It truly is different in every situation and should be treated as such. Most people think of mental illness as a blanketing thing, one size fits all. It's important to realize that mental illness and what it looks like can vary and we should all strive to be gracious and understanding of this. Gentleness goes a long way.

Hi Lizanne,
Thank you for your thoughtful comment. :) I definitely agree: gentleness goes a long way!