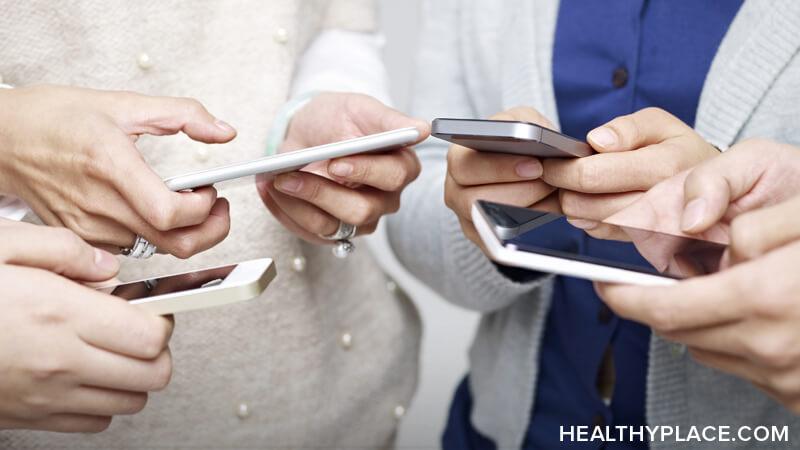 Clickbait can increase mental health stigma. In the fast-paced world of the Internet, where everyone is vying for even a moment of attention, clickbait has become the way to get people to come to your page, even for sensitive matters such as people’s personal stories of mental illness. Unfortunately, sensationalism takes over and stories get warped to where they sometimes don't even reflect reality. In stories of mental illness, sensationalistic clickbait contributes heavily to stigma.

The point of clickbait titles, headlines, or images is to draw the reader in by any means possible. When it comes to stories of mental illness, many individuals, and the media at large, warp the story entirely by using clickbait. Just recently, I’ve seen a headline that outright lied by using the word "cure" to draw people to it (even though I know firsthand the person the story is about told the author not to use that word), and I’ve seen others that use exceptionally emotionally-charged words and terms like destroying, ripping apart, and horrific. In these cases, the articles (and I feel inclined to use that term loosely) were about excoriation (skin-picking) disorder, but situations such as these are not limited to this disorder.

As a writer myself, I get it (kind of). You want people to click the link and read past the headline. In my day job as a journalist, I see the struggle of getting people to read past the headline to find out the entire story. There are many cases where people have asked questions that are answered in the first paragraph of a story. It’s frustrating.

But using clickbait at the expense of the person in the story is unacceptable. Using such charged language, especially "cure," is unfair and, more often than not, misrepresents the story and the person or people it’s about (Discussing Depression and Mental Health: Why Language Matters). It contributes to the idea that people with mental illnesses are crazy, unstable people who should be avoided or who just need to grow up. Comments on these posts are often telling people to get over the illness, that they belong in a psych ward, and so on — and those are often the most hurtful and detrimental versions of stigma that mental illness has attached to it.

The charged, clickbait, stigma-laden language also perpetuates the idea that mental illnesses are only destructive and the only hope for reprieve is a cure, which is not the case at all (Can You Cure Mental Illness?). Yes, mental illness is a struggle, but there is help and hope if you are struggling. You can get beyond the pain and the fight and live your life while happening to have a mental illness in tow.

Why Authors Use Clickbait Titles for Stories About Mental Illness

Besides what I discussed above, I think clickbait shows an intrinsic lack of understanding of what mental illness is beyond the hyper-sensationalized ideas and stigma. People don’t know how else to write the story, so they go with this kind of language.

What we can do to help is leave comments on those posts, explaining how portraying these stories in that way is harmful, and how they could better tell the story with less sensationalized language to truly show what it’s like. Give the author links to reputable resources so he or she can learn what mental illness really is and is really like.

Leave comments of support to anyone else who might have the mental illness, whether they’ve commented or not. Countless people see these stories and read the negative comments left on those posts and end up feeling even more ashamed and hopeless. Often it reaffirms negative things they’ve already heard or suspicions they’ve had about how people will react to them.

So if you can offer a kind word of support, please do it.

In the video below, learn about some clickbait red flags to watch out for when you are considering sharing your mental health story with an author or news source.

I think this is a wonderful read. This is not a topic I've seen other discussion on and I find it incredibly important. We are living in an age where things like clickbait and photoshop have become common place. Conversations like these are so important for shedding light on the truth and helping people to see what they're really experiencing when exposed to regular daily media.

Your headline contributes to "stigma". Why on earth would you do t so?

Hi again, Harold. I'm not certain how my headline (I'm guessing you mean the title of this blog) is contributing to stigma. Can you elaborate? I definitely don't want to be contributing to the problem, so any input would be much appreciated.