When Mental Illness Stigma Tells You That Your Life is Over

Recently, I visited with an old friend whom I had not seen in years, and as we were having tea, she told me quietly that her cousin had been diagnosed with schizophrenia. My friend knows that I have bipolar disorder, but it seemed from her approach, that somehow having schizophrenia is so much worse. She followed up with the words, “Her life is now over.” I was flabbergasted, and immediately told my friend that this is not true, and how is it up to anyone, but her cousin, to bind her own fate? I soon discovered that it was not my friend who was determining her cousin’s end, but it was actually the newly diagnosed woman’s mother, and she held this belief as absolute truth. I felt saddened and disheartened as my friend continued on about her cousin’s new home situated in a mental institution. Her cousin is 33 years old, had recently finished her nursing degree, and now she has been told through the guise of mental illness stigma that her life is over. It is often the people who love us the most that are affected by mental illness stigma, telling us that our lives are ruined, and our fate is finalized, but if only her mother knew the truth. Her daughter has hope for her life and many people actually do recover fully from a mental illness breakdown.

Mental Illness Stigma Told Me That My Life Was Over

I once thought that it was all over for my own life, which meant my attempt to extinguish my entire existence on this planet. As I took an entire bottle of pills, I believed that I was absolutely finished, and upon waking up in the Intensive Care Unit (ICU) three days later, I cursed my failure to succeed in attempting suicide. I will never forget the intense 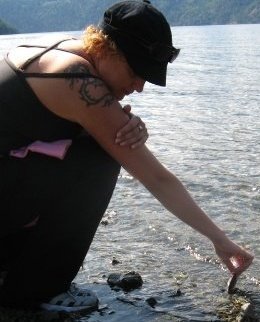 psychosis that had ripped through my mind like a tornado weeks prior, and left me hospitalized for what seemed like an eternity. In time, I learned how to care for my mental health, adhered to a medication regime, and I healed. I embraced my psychiatric team, and my family and friends, who believed that my life was indeed worth living. Little by little, the light began to shine again, I eventually tasted my food, I smiled and laughed, and now life holds immense meaning and purpose.

Subsequent to my own mental health recovery, I clearly recall holding my mother’s hand during numerous visits, while she lived in a mental institution for over one year. She had been hospitalized for bipolar psychosis, and my mother was barely able to stand or walk, she had to be spoon fed by my stepfather daily in her cationic state, and at times, I often wondered if she even knew we were there. I never gave up hope that one day, some day, my mother would be well. She received electroconvulsive therapy (ECT) and, little by little, the woman who presented as a vegetable for so long, eventually became vibrant and invigorated. Her life was never over, perhaps put on pause for awhile, until an effective treatment plan helped her live her life once again.

I have learned that being diagnosed with a mental illness does not mean that our lives are over, and as we steer clear of the mental illness stigma that tells us otherwise, we will learn that we may merely be on pause, we will live again, and often with much more vigour and vitality than ever before.

Tags: life is over due to mental illness stigma When Mental Illness Stigma Tells You That Your Life is Over

APA Reference
Paquette, A. (2015, June 23). When Mental Illness Stigma Tells You That Your Life is Over, HealthyPlace. Retrieved on 2020, February 24 from https://www.healthyplace.com/blogs/survivingmentalhealthstigma/2015/06/when-mental-illness-stigma-tells-you-that-your-life-is-over