My Name is Chris and I'm a Person, Not a Mental Illness

Every single time I hear someone refer to someone else, or even themselves, by any of the above mentioned words, I cringe. How can one person, filled with such complexities, differences,, interests and aspirations ever be summed up by one word?

Perhaps because it bothers me so, I tend to notice it more often than the average person. It happens all the time in the mental health field. Professionals are not excluded either. In my daily dealings in the world of mental health and addiction treatment, I often hear of people referred to by the name of their particular illness. 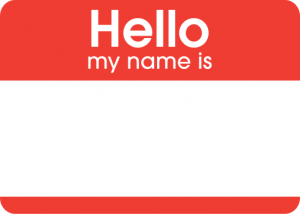 The Power of Words

It bothers me on a personal level because I used to despise being labelled when I was going through my own battles versus my own mind. It also bothers me because I was often falsely labelled. The first psychiatrist I ever saw told me I was bipolar within the first meeting. When I was hospitalized for drug-induced psychosis, I was a schizophrenic. When I went to rehab after the hospitalization, I was an addict.

But through all these various labels, that it turns out I did not fit the mould for, no one ever thought to refer to me as a person, who is battling a series of complex psychological, behavioural and situational problems and coping with the chaos with a series of bad choices.

No person can be lumped into one word. No person deserves to be labelled. And in the end, no one should label themselves.

Trying On a New Self-Descriptor

Next time you introduce yourself as an addict, or a schizophrenic, instead think of the myriad of other outstanding qualities that you have that have nothing to do with your particular illness. Are you a mother, or father? An artist? An animal enthusiast? An athlete?

So next time you consider labelling yourself as your illness, ask yourself why seemingly ‘healthy’ people, and I use the term loosely, don’t label themselves in the same way?

Stigma thrives through self and other descriptors. Take away the power of these words and forget about summing up an entire person into a few letters. It isn’t possible, isn't reasonable and if we are truly going to fight stigma, shouldn’t be acceptable.

APA Reference
Curry, C. (2012, July 3). My Name is Chris and I'm a Person, Not a Mental Illness, HealthyPlace. Retrieved on 2022, December 2 from https://www.healthyplace.com/blogs/survivingmentalhealthstigma/2012/07/my-name-is-chris-and-im-a-person

Tips on Revealing Your Mental Illness to Others
Your Mental Health: When to Come Out to a Romantic Partner
Theresa
July, 16 2014 at 12:40 am

Hello Chris,
Bravo to you for this posting, I am an alcoholic and have been diagnosted as several other things, depressive disorder amongist some, and several other psychological disorders. I too, would like to be adressed as Theresa a person, an orphan who never had a chance at life other then to marry a mental abuser!!
I think we have much in commen and just wanted to share with others out there who feel the pain.
Hope to hear from you soon.

The Other Side of Psychosis | Surviving Mental Health Stigma Blog
November, 12 2012 at 9:12 am

[...] of this reason is the linguistics of it all. Psychosis, psycho and psychopath are very similar words and I feel that many in the general public use these terms interchangeably. [...]