We Need to Talk about Men and Eating Disorders 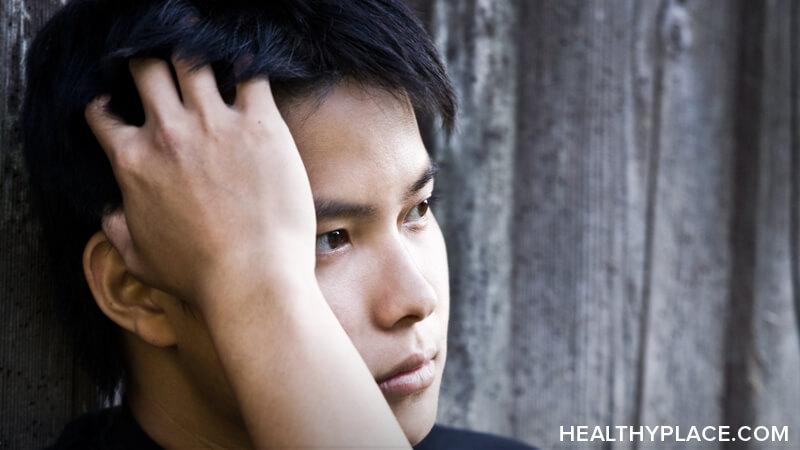 When was the last time any of us heard someone talk about a connection between men and eating disorders? My hunch is, not recently. And that's because this segment of the eating disorder population is rarely discussed. A common assumption is that eating disorders only affect women and girls, but this eating disorder stereotype is harmful—sometimes even lethal—to the estimated 10 million boys and men who suffer from this illness in the United States.1 Due to a lack of awareness about eating disorders as nondiscriminatory between genders, men often feel amplified shame around their struggle which can deter them from seeking out resources, treatment, and a healing community. So as a culture, we need to break this harmful stigma. We need to talk vulnerably and honestly about men and eating disorders.

How Eating Disorders Occur in Men and Boys

While females are socially conditioned to appear small, delicate, and beautiful in the conventional sense, males absorb and internalize the opposite message. They are often pushed to be muscular, strong, and bulky. These traits are the embodiment of masculinity—or so men are told—and anything less is a weakness. Intimidated by the thought of seeming "weak," a rampant number of men become preoccupied with over-exercise, food restriction, and steroid or supplement abuse. These symptoms tend to result from a condition known as muscle dysmorphia, the irrational misconception that one's body is too feeble, and muscle mass is inadequate.2 Men who struggle with this entrenched belief can resort to extreme measures in order to strengthen their perceived deficiencies; and in many cases, those behaviors spiral into an eating disorder.

As mentioned earlier, this illness is too often stamped as a "women's issue" which frequently causes men who suffer to remain silent—and therefore, undiagnosed. Because they tend to feel ashamed about having a disease that's been labeled as feminine, men are more likely to hide or brush aside their eating disorder behaviors. This secrecy makes them less prone, on average, than women to access the healing interventions they need which can manifest into other comorbid issues like depression, anxiety, substance abuse, or suicidal ideation.

And that is precisely the reason this eating disorder stigma is unacceptable. Boys and men who have experienced disordered eating must be represented in the larger discourse. Their stories must be identified and legitimized. Their pain must be addressed and delved into. They must be told that recovery is accessible to them and that reaching out for help is not cowardice—it's courageous. The harsh cultural standards of masculinity are forcing males to punish their bodies in silence, but if we talk about the connection between men and eating disorders, we just might be able to reverse this trend.

APA Reference
Schurrer, M. (2019, January 23). We Need to Talk about Men and Eating Disorders, HealthyPlace. Retrieved on 2023, February 4 from https://www.healthyplace.com/blogs/survivinged/2019/1/we-need-to-talk-about-men-and-eating-disorders