My 24-Year-Old Self Had An Eating Disorder (Part 1)

Roughly 10 years ago this week, I was moving out on my own and attending graduate school. Many other big changes were happening at the same time in my life, but looking back, I can honestly say that those two had the biggest impact on my eating disorder spinning out of control around that time. It is no surprise that major life changes or transitions can, unfortunately, be triggers for a number of events or conditions in one's life, including eating disorders.

Here's a bit about my experience on this and how it related to my mental illness.

Looking back at this time of my life enables me to share how I felt during major life changes in relation to my eating disorder. As you might know, I am not a therapist, but simply someone who strongly believes in helping others after having suffered myself from bulimia for most of my teenage years and adult life. At 33 years old, I have been maintaining eating disorder recovery for over six years now and I see it as a responsibility to create dialogue about mental illness since I am able to articulate what I think could have helped my recovery at an earlier stage in my life.

I Couldn't Cope On My Own

I'm a firm believer that being withdrawn and feeling lonely can be very damaging during life transitions such as moving away from home, starting a first job after college, or having a first serious romantic relationship, only to name a few. However, in my opinion, it can be just as negative to be in superficial relationships just to avoid being alone. I'll admit it: circa September 2004, I was lonely. I was having a hard time trying to keep up with the financial burden of graduate school, living on my own, and academic pressure. I was already engaging in self-harm by binging and purging after restricting food intake for long periods of time, though no one knew about it. I was too ashamed and too disappointed in myself to think anyone would still talk to me if they knew about who I truly was: someone who was sick, though on the surface I seemed like a well-adjusted or normal grad student.

I Was Scared of Being Judged for My Bulimia

I felt lonely and the few times I connected with other students, our conversations during study breaks tended to gravitate towards grades, looks, as well as other topics related to performance in general. Don't get me wrong, I also remember a great deal of fun during grad school: just plainly kidding around and going out the way any group of 20-year-olds do, but I think these friendships would have been much more meaningful to me over time had I been getting some kind of help on my own for my eating disorder and also, had I felt I could talk about my experience without being judged. In the back of my mind, I felt all along that if I opened up about my struggles, I would be labelled as crazy. I also simply think I might not have been surrounded by the right people for my condition at the time, though I see that perhaps I was not in the right state of mind to develop meaningful and honest relationships at that stage of my life.

Growing Up Meant Getting Help to Get Better 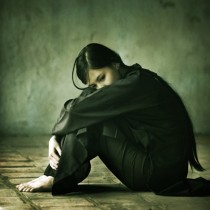 It was a big lesson for me in growing up when I realized along the way that, regardless of my background, history, and struggles in many aspects of my life which might have contributed to my bulimia, that the past does not determine my future. That is what I want to share with you, which is perhaps the first step in getting better: if you are sick, it is not your fault. Don't blame yourself for your condition, but rather focus on finding solutions on how you can get better, little by little everyday. Recovery is a lifelong project; it's a scrapbook I'll be working on it for the rest of my life. And I'm okay with that.

Feel free to leave your comments as usual. In my next post, I'll be glad to share with you some coping mechanisms I started to use when I found myself in stressful situations, especially when I was first diagnosed with an eating disorder, towards the end of my graduate school experience.

Why I Connect with Others Suffering from A Mental Illness
Musical Inspiration for Eating Disorder Recovery
Alex Szymborski
June, 6 2017 at 12:27 pm

I can relate to a lot of this. Thank you for sharing your story. I started a blog and in it part of it I also confess and detail my eating disorder. http://www.rubereflections.com/feast-or-famine-1/