Should You Have a Partner with Mental Illness If You're Ill Too? 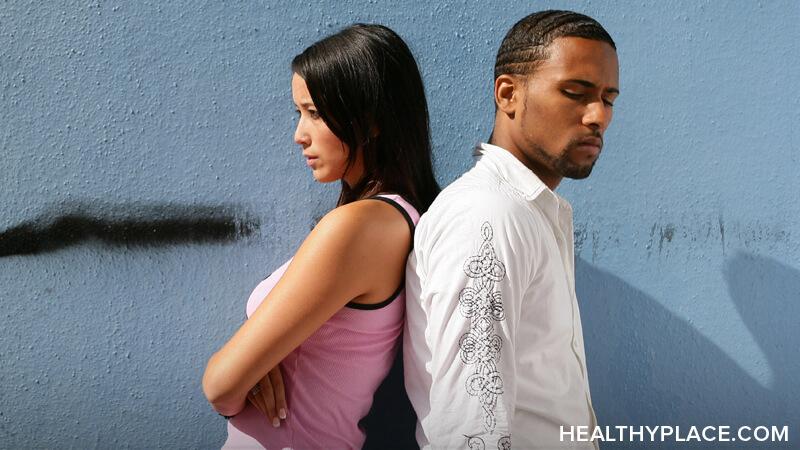 In my relationships where I am the partner with mental illness, one of the biggest challenges has been when my partner was unable to understand what I was going through. Depression, anxiety, bipolar, and other mental illnesses can be hard to truly empathize with from the outside. This makes perfect sense and isn't something I fault my partners for. After all, I can't comprehend what it is like to struggle with cancer, so how can they truly realize what I am going through? But it does make for a challenge in the relationship. I can explain over and over what it feels like, but those partners will never be able to do much more than to sympathize with me.

While I have never dated someone else with a diagnosed mental illness, I can extrapolate from my friendships with people who do have them that it would make this portion of my relationships easier. It would be great to come home to someone who can really understand that some days I can't put in the 100% effort that normally I would rather than one who would hold a bit of resentment against me for that perceived failure.

One of the other pros of having a partner with a mental illness is that most people with a diagnosed mental illness are in therapy on at least a semi-regular basis. While the primary focus of that therapy would be to deal with the illness, a positive side effect would be to function as relationship counseling. Two people getting professional advice from a licensed therapist is a good thing.

Finally, in my experience, people who deal with mental illness tend to be more empathetic as a whole. Increased empathy is a definite win in a relationship.

The Cons of Having a Partner with Mental Illness

In a perfect world, two partners with mental illness would complement each other perfectly. When one was going through a downward spiral, the other would empathize and be able to pick up the slack. However, we don't live in a perfect world, and the odds of never having a period during which both partners were struggling is minimal. So what then? Does neither partner work on the relationship? If children were added to the mix, which partner has to "suck it up" and deal with those things that need to be done for the sake of the kids?

This has been my biggest fear and the reason I have resisted dating a partner with mental illness. I know my own limitations and the severe restrictions my symptoms can put on my ability to healthily cope. While everyone has some sort of issue, the thought of my depression feeding my partner's and vice versa is scary. Would we spiral each other to oblivion?

There are also some practical concerns to both partners having a mental illness. In my case, holding down a job can be a struggle at times. If that were the case with both of us and neither had an income for a period, how would we pay our bills?

So Should I Pursue a Relationship with Someone Else with Mental Illness?

At the end of the day, this is a personal decision. Love doesn't always make sense or go by any specific set of rules. To me, the cons have outweighed the pros, but for others, that may not be the case. I think that, like with every aspect of relationships when adding the complication of mental illness, we all must make these decisions for ourselves. Just be aware of the potential benefits and pitfalls of such a partnership.

Tags: Should You Have a Partner with Mental Illness If You're Ill Too?

APA Reference
Berg, J. (2018, June 20). Should You Have a Partner with Mental Illness If You're Ill Too?, HealthyPlace. Retrieved on 2022, May 23 from https://www.healthyplace.com/blogs/relationshipsandmentalillness/2018/6/should-you-have-a-partner-with-mental-illness-if-youre-ill-too