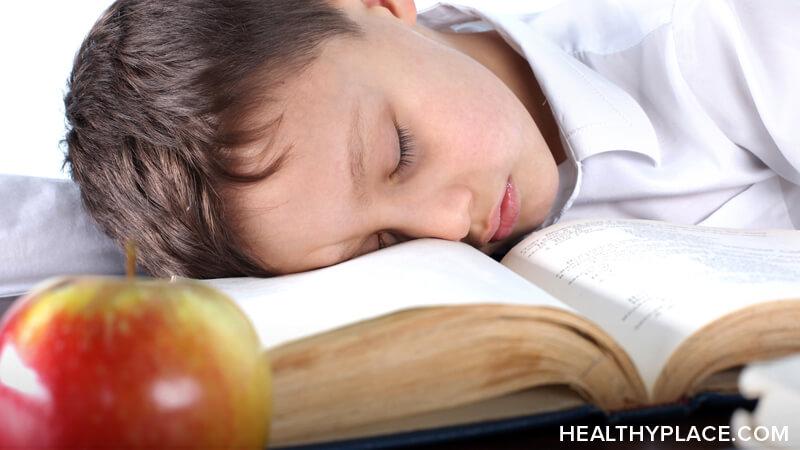 The Conundrum with ADHD and Childhood Sleep Problems

One problem with ADHD is that both the symptoms and the treatment can lead to sleep problems. With hyperactivity, a child may be unable to calm her body enough to sleep, or she wakes up multiple times in the night. For some children, even if they are not hyperactive, the stimulant medication commonly used to treat ADHD may keep them awake at night. On or off medication, childhood ADHD can come with sleep problems like sleep apnea, restless leg syndrome, or parasomnias like nightmares.

While most kids with ADHD won't develop sleep problems until they're older, my son shot out of the womb unable to sleep. I slept so little when he was a baby that I would pass out in work meetings, and, more than once, I may have hallucinated from exhaustion. My back still has problems from the months I spent asleep in an upright position.

As a toddler, daycare providers would brainstorm with us on how to keep my son occupied so that he wouldn't wake up his peers during nap time. He didn't sleep much at night, either. He'd fall asleep at 10:00 p.m. and wake up at 5:00 a.m. the next day, occasionally waking in the night because of night terrors. I worked full-time in the evenings, attended grad school part-time, and had my son all day. My daughter was born shortly after my son turned three, and my level of sleep deprivation did not change with a newborn.

How to Help Your Child Manage Sleep Problems with ADHD

Some treatments found to be helpful for ADHD-related sleep issues include monitoring the diet. We should be careful what our children consume, including avoiding caffeine. I've also found, though, that my child with ADHD metabolizes very quickly, and hunger is hugely distracting to him. Some of his outbursts have happened because he's hungry (or "hangry"). We have to make sure he replenishes every couple of hours, without overeating. Even if he eats a huge meal at dinner, he's metabolized it by bedtime, and then he won't sleep. He will stay up for hours complaining about hunger. If he gets hungry while asleep even, he wakes up early for food, and then he doesn't go back to sleep.

Another common suggestion for kids with ADHD-related sleep problems is to maintain consistent routines, especially around bedtime. For my family, this is difficult due to the work my husband and I do. Our schedules change constantly, so creating a rigid routine for my son is near impossible. We've attempted other methods to help him sleep, however, and the video below addresses some of these.

Melissa David is a mother based out of Minnesota. She has two young children, one of whom struggles with mental illness.The support and wisdom of other parents proved invaluable to her in raising both her children; and so she hopes to pay it forward to other parents via Life With Bob. You can find her on Facebook and Twitter.
Childhood ADHD and Lying: Be Careful What You Punish
Protecting Minors' Mental Health Privacy: Where’s the Line?