Is your child's psychiatric medication not working anymore? I know the feeling. For the last four months, I've noticed changes in Bob's behavior. Not for the better either. At first, I thought that his 12th birthday (and the onset of hormones) may have triggered the behavior changes. But, I realized that it was his ADHD medication and it was possibly time for a change. 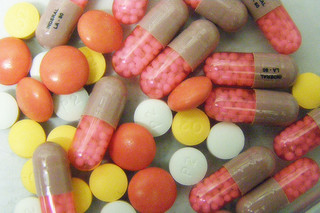 Psychiatric Medication Was a Last Resort

When I first began the journey of parenting a child with mental illness, I didn't want to think about mental health medication. It wasn't the first option. In fact, I tried several things before even thinking about medication.

I knew Bob had ADHD, I just didn't want to accept it. So, I used the skills and techniques I learned in graduate school and at work. Behavior charts, positive reinforcement, rewards, therapy, etc. I used them all and while they did make a difference, it wasn't enough. I had to try medication.

Psychiatric Medication Was My Only Option

Finally, after accepting that it was the only thing I hadn't tried, I went for medication. Bob's father was not happy about it and expressed that. Bob needed it more than anything else. Bob is a brilliant child (and not because I say so, but he tests off the charts) and here he was struggling in school. We started medication in January 2012. And it was great.

Bob was prescribed Concert 27mg - the lowest dose. It did wonders. His inattentiveness and hyperactivity reduced dramatically. Bob also experienced side effects of reduced appetite and disruption in sleep. It changed his school performance and confidence for the better. But only for a year.

I received a note from Bob's teacher in February about missing homework. I was confused because Bob had improved so much in this area (and others). I spoke with Bob about it and he asked me to give him a chance. So I did. But then, the ADHD medication was not working. Bob was more forgetful and missing more assignments. I kept receiving more notes from his teacher.

Psychiatric Medication Not Working? Now What?

Plain and simple, his psychiatric medication was not working anymore. At least not in the same way. It is somewhat effective during the day, though it seems Bob is more and more inattentive. My next steps were to speak to my team - Bob and his father. In addition, I spoke with his teacher and pediatrician. (Note: Since Bob did not want to attend therapy at the clinic in September 2012, the pediatrician has been prescribing the medication). I even tried talking to Bob about going back to therapy so that he could work with the therapist and psychiatrist. He doesn't want to. And now that he's older, I need to respect that.

If your child's psychiatric medication is not working anymore, it is more than okay to revisit that. A medication change does not mean that your child (or you) has not been successful. It simply means that the treatment has to be adjusted. Kids grow and medication stops working. Whether it is due to tolerance to medication, age or hormones, your child's medication situation has to change. And so do we.

Stressed Out? I Can Relate
Decision Making: When Are Kids Old Enough?
Samantha Kiesel
July, 7 2013 at 5:23 am

I am a working mother and student. I was brought to your blog by research. I am writing a paper about children receiving therapy before medication. I was drawn to your posts since you seem to have more insight than the average parent with a child suffering from ADHD. Since you did try therapy and different coping methods first it makes you a non-bias source, and I appreciate that.
It seems to me there may be an underlying issue with why Bob is not wanting to return to therapy. It could be that he is just a preteen who doesn't want to talk. Or it could be something as easy as he just doesn't connect with current therapist. I have not ever had to find a therapist for a child so please do not think I am undermining your process, I just thought I would bring some awareness to the fact that depending where you live there are some great child and family psychiatrists out there.
I really enjoyed reading a couple of your posts, and would love to set up a email interview with you if that is possible. Thanks!

Don't forget, kids do metabolize many psychiatric meds at rates different than adults do. And many doctors aren't aware of it. Also, some drugs interact with the absorption rate of other meds - they make make them absorb faster or slower, depending on the meds being taken together.

Hi Chrisa,
Thanks for stopping by. In this case, Bob is only taking one medication. As a therapist, I am aware that people build up tolerances to medications and they become ineffective. This was the case with Bob so we'll be going back to the drawing board. Thanks for the visit and please come back soon.

As a retired teacher of learning disabled children, I would urge you to reconsider giving Bob the final word on whether or not he needs the services of a therapist or psychiatrist. Especially at this hormonally difficult time in his life, he and you need all the support and expertise you can muster. You are still the parent and he is still the child.

Hiya Linda,
Thanks for your perspective. You've given me some food for thought. Bob doesn't have the final word on treatment. Medication is non-negotiable because of his symptoms. But, he receives medication from his pediatrician and has been since Bob chose to end therapy last September. And for the most part, Bob's therapy addressed some issues that I was unable to address with him directly. While I do feel that parents need to make the hard decisions, kids at Bob's age (12) & older need to have input as well. Speaking as a professional, I find that kids are more open to the process if they are allowed some decision making (5%). Parents do need to have the final say, but at some point that transitions over to the child as he/she gets older. I also wanted to give Bob a chance to go back to using some coping skills that worked for him before. He asked me back in February and I told him yes with the understanding that we would revisit this should his coping skills not be effective. Thanks again and please come visit again soon!

When Your Teen is Admitted to a Psychiatric Hospital
Life with Bob
Childhood ADHD and Stealing: What's Going on with Your Kid?
Life with Bob
Parents of Mentally Ill Children Have a Long and Difficult Journey
Life with Bob
My Mother with Mental Illness
Life with Bob
It's Not Unusual If Your Child Hears Voices
Life with Bob
Tips to Manage DMDD in the Classroom and Beyond
Life with Bob