The story of Salecia Johnson--a 6-year-old Kindergarten student who was handcuffed and arrested following a destructive tantrum--received widespread media attention. That this unfortunate event occurred at all is bad enough--the public's response has been even worse.

too many of these spazzy kids in regular schools...they really should, for the sake of mankind, have "special" schools for the "special" kids. 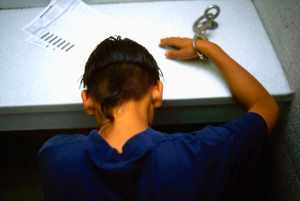 I used to have big mood swings too, as a child. In fact, my mood would rapidly swing right back to normal the moment my dad started to unbuckle his belt.

These parents are stupid...Stop catering to this stupidity. The officer followed protocol period. Sometimes there just isn't time to get the parents involved. You just need to get the menace under control and proceed with the...other hundreds of kids that are under your care of responsibility. Let the police deal with the stupid parents and their obnoxious brat...Don't reward and feed this negative behavior by catering to it!

I believe the fault lies with the parents.

30 years ago this never would have happened. My teacher would have pulled her paddle off the wall....used it...and called the parents and said "you can bring her back when she can behave!"

This is probably the first time she had consequences for her horrible, bratty, ugly and annoying behavior. The fact that your daughter is like that, Momma, is all your fault.

Yeah, it’s time to propose a new law: control your kids or we put YOU in jail and take the brats from you.

Sorry, kids like this do not belong in the classroom. It's not fair to the other children who deserve a peaceful, safe learning environment.

I think that that mother should be forced to take parenting classes.

Public Attitude Towards Children with Mental Illness Sad and Scary

These are but a sampling of comments following an article about the incident. Blame the parents. Beat the child. And above all else, get these horrible "brats" out of our schools. 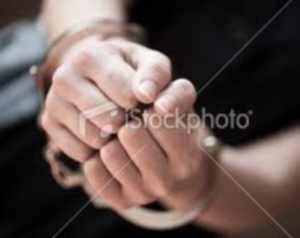 Is this what we've come to? Criminalizing children who obviously need psychiatric help or, at the very least, some sort of intervention? Yes, there were comments in support of the child, condemning the adults' actions, but they were vastly the minority.

I cringe knowing people think of my son (who has bipolar disorder and ADHD) this way. Knowing, despite my efforts to help my son function in the world, I am a "bad parent" who deserves to lose her children. (I wonder, were that the case, where they would go?)

What will it take for the "normal" public to recognize this is not an issue of bad parenting or a "bratty" kid who needs to be beaten into submission?

Shame on you. Shame on us all for allowing this to happen in our supposed "polite" society.

I wonder about thc children of the parents who made the comments. If their children have a mental illness would it go undiagnosed? Untreated? I don't think any child should not have consequences for their actions but the consequences MUST fit the child, not the other way around.