Before I decided to share them here, I hadn't read my old personal blog entries chronicling Bob's two inpatient hospitalizations in 2008 since writing them. As I read them four years later, the confusion, hurt, anger and hopelessness are just as palpable.

Amazing how the past can provide perspective into the present. 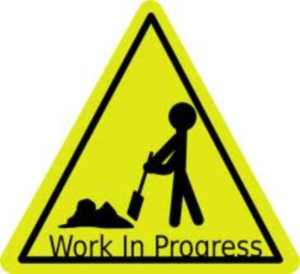 I picked up Bob last night from his father's, asking the usual questions, including the omnipresent "how was school today?" Reluctantly, he admitted to earning two "x" marks on his behavior chart.

"I was just real hyper today."

Typically, a "2-x day" would generate a typical mom response--tomorrow had better be a zero-x day or else. But with 2008 still fresh in my mind, even a two-x day didn't seem so horrible.

Bob isn't perfect. At age 10, the quirks and characteristics relevant to his mood disorder (recently changed from bipolar by his psychiatrist) and ADHD diagnoses--and some that hint at mild Asperger's syndrome--are familiar. We know he has to be reminded multiple times to do routine tasks (such as brush his teeth and take his medications). We know he is afraid of the dark and sometimes of being alone. We know he is easily irritated and doesn't care for noise or chaos. Those of us closest to him know his inability to understand social cues and awkward interactions with others.

Knowing all of this doesn't make it any less annoying. There are days when my patience is thin and I just don't have the mental energy to deal with Bob's needs. Mornings when I can't understand how he can forget to do something when his morning routine is the same. every. day. Days when I wish he would, just once, act like a 10-year-old instead of a child half his age.

When I read my old blogs, I know exactly how I felt when I wrote them. I was exhausted in every possible way, and the idea of continuing to live with Bob in that condition was unbearable. In February, 2008, I would have given my left arm for a "two-x" day. 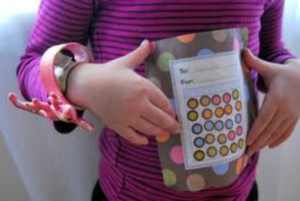 Gradually, Bob is becoming better able to function in a regular peer group. He recently began participating in an anger management group at school, and I'm told he is active and eager to learn new ways of interacting with others. At home, though we still struggle with him "acting his age," he rarely requires any serious redirection.

In other words, we are leaps and bounds from where we were four years ago.

I hope 2016 will see a continuation of this trend; that at 14, Bob will continue to improve in his functionality and not be too far removed from a "two-x" day. I don't doubt there will be peaks and valleys, and I hope I'm able to look back during the harder times and remember--sometimes, it gets better.

Thank you NamiDearest for sharing the love.I am sorry to tell you tguohh that you might be in violation of Bill C-36A Subsection 33 that it is unlawful to say anything publicly that might interfere with the profits of any major American Corporation.The mentally ill cannot buy meds if they are not alive! And who will do all the service work for America Inc. Service work is all that is left, servants are useless and unreliable unless they are properly medicated.It's a good idea tguohh. Can't the parents just appreciate what psychiatry has done for them? Just put them in the assisted outpatient group homes with the assisted outpatient McJob work program.Probably what we need are more award ceremonies where regional directors can beam with happiness wile the medicated recovery cases can sit in obedient rows getting their plaques of merit.Excelsior!

Mental health state of children is somewhat provocative and challenged issue both for parents and mental health professionals. Although there are criterion for psychiatric disorder in this subtle age, the clinical feature of these disorders are inconsistent and changing along time. Thus, it is importantant to be alert and careful to this statement, in order to manage in appropriete manner these mental disorder that are menifested in emotional, cognitive and behavioral areas of functioning. It is value to stress that the diference between normal and abnormal psychological condition in children is overlaping continuum of mental health performance. For these and many other particularities of child psychogocal development, each dificulties to child conduct, firstly should be explorate by experience child psychiatrist to improve the psychosocial skills of respective child and to achieve an adequate level of parenting to the parents of same child with psychic problems.